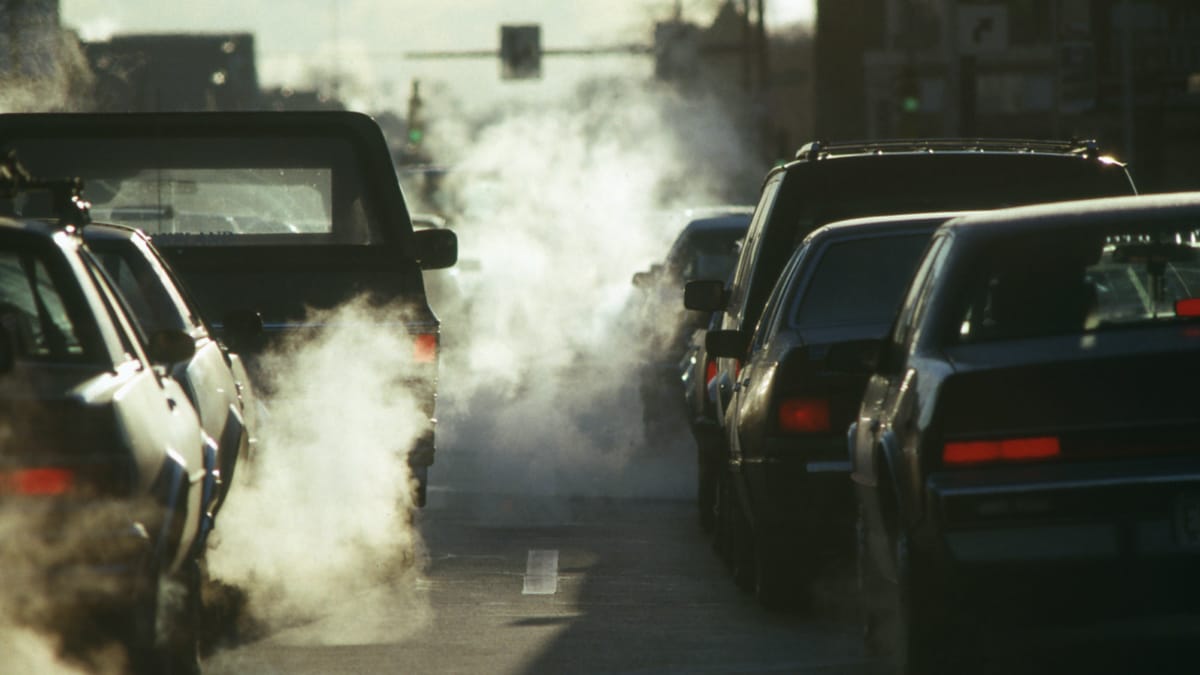 Scientists at General Motors and Ford Motor Co. knew of the connection between car emissions and climate change as early as the 1960s. J/J Images - J Morrill Photo / Getty Images

“Another cog in the climate denial machine rattles loose.”

Supran is co-director of the Climate Social Science Network and a research associate in Harvard’s Department of the History of Science. He investigates the history of climate politics—particularly the communications, denial, and delay tactics of fossil fuel interests—alongside professor Naomi Oreskes, who also highlighted the revelations.

"There was never any doubt for a minute", former GM scientist Ruth Reck says of her pioneering climate science research in the 1960s.

Yet that didn't stop the company attacking that very science decades later.

More details about what corporate America knew about #climatechange in the 1960s and 70s… and also how they funded right-wing think tanks to say otherwise. https://t.co/PxncnVtdQh

“From fossil fuel companies, to car manufacturers and utilities, we know it’s not only Exxon that knew about the climate crisis decades ago,” Lindsay Meiman of 350.org told Common Dreams on Monday, referencing previous reporting on climate research conducted and concealed for decades by oil giant ExxonMobil.

“Now, with climate disasters at our doorsteps, it’s Black, Indigenous, and communities of color who bear the costs of these lies,” Meiman added. “The silver lining: we know exactly who is responsible for the climate crisis. It’s up to all of us to hold polluters and billionaires accountable for their deception and destruction.”

Joselow’s exposé is based on nearly five months of reporting as well as documents on GM from the General Motors Heritage Center and Wayne State University in Detroit, documents on Ford’s climate research unearthed by the Center for International Environmental Law (CIEL), and additional materials on both manufacturers provided by the Climate Investigations Centers.

According to E&E News:

Researchers at both automakers found strong evidence in the 1960s and ’70s that human activity was warming the Earth. A primary culprit was the burning of fossil fuels, which released large quantities of heat-trapping gases such as carbon dioxide that could trigger melting of polar ice sheets and other dire consequences.

A GM scientist presented her findings to at least three high-level executives at the company, including a former chairman and CEO. It’s unclear whether similar warnings reached the top brass at Ford.

But in the following decades, both manufacturers largely failed to act on the knowledge that their products were heating the planet. Instead of shifting their business models away from fossil fuels, the companies invested heavily in gas-guzzling trucks and SUVs. At the same time, the two carmakers privately donated hundreds of thousands of dollars to groups that cast doubt on the scientific consensus on global warming.

While spokespeople for each company responded to the revelations by recognizing the reality of human-caused climate change and detailing to E&E News their respective efforts to reduce emissions by increasing production of electric vehicles, climate action advocates were outraged.

“It’s jaw-dropping,” Jamie Henn, director of Fossil Free Media and co-founder of 350.org, told Common Dreams. “GM and Ford not only knew their cars were fueling the climate crisis, but anytime a political effort came together to address the emergency, they helped steer it into a ditch. Think of the millions of premature deaths from air pollution that could have been prevented if the world’s largest automakers had committed to go all-electric back in the 1970s.”

“This reporting drags the automakers back into the center of the climate fight,” added Henn. “It puts immense pressure on them to support any new climate legislation or regulations, especially around electric vehicles and auto emissions. I think it also raises the question of whether GM and Ford should be included in future climate liability lawsuits.”

Henn explained that unlike the major fossil fuel companies, who he called “irredeemable polluters,” big auto companies like Ford and GM now have a choice to make. “They can get swept away with the likes of Exxon and Chevron or embrace a clean energy future by going all-electric and supporting mass transit,” he said. “Activists will be working hard to make sure it’s the latter.”

Just like #ExxonKnew, General Motors + Ford have known for decades how they contribute to the climate crisis.

Instead of warning us, they decided to pour their profit$ into casting doubt & deception. 🤬🤬🤬https://t.co/SsygaB2Og5

A critical, and damning, look at how #FordandGMKnew that vehicle emissions were driving climate change and they lobbied to stop climate action from @maxinejoselow . talk about Monday motivation… https://t.co/35c50pN4VF

In a statement, CIEL president Carroll Muffett said the investigation “demonstrates auto companies were aware of emerging climate science and on notice of potential climate risks decades earlier than was previously recognized.” The group also detailed key takeaways from the reporting:

“Like the oil industry, leading car companies had early notice that the carbon dioxide emitted by their automotive products posed potential risks for the climate at a planetary scale,” said Muffett. “Ford and GM had both the opportunity and the responsibility to design products that would reduce emissions, and warn the public of risks that couldn’t be eliminated. Instead, they spent decades denying climate science and obstructing climate action.”

In other words, Muffett added, “like the major oil and gas companies, leading car companies took a calculated risk that they—and the world—could delay action to address the drivers of climate change. We are all paying for that gamble.”