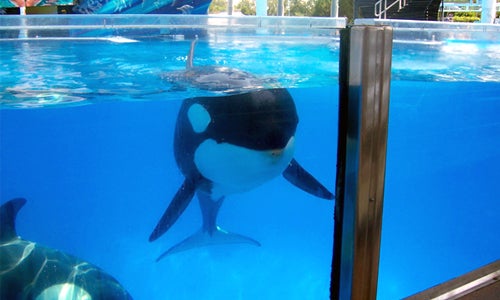 There is no justification for the enslavement of animals.

None. There never has been and there never can be. Slavery is slavery—unjustifiable, cruel, evil and soul-destroying, both for the victims and the oppressors.

Circuses and places like SeaWorld are despicable places, and the only zoos that should exist are those that rehabilitate wildlife, contribute to the conservation of habitat and provide medical facilities for animals in the wild. 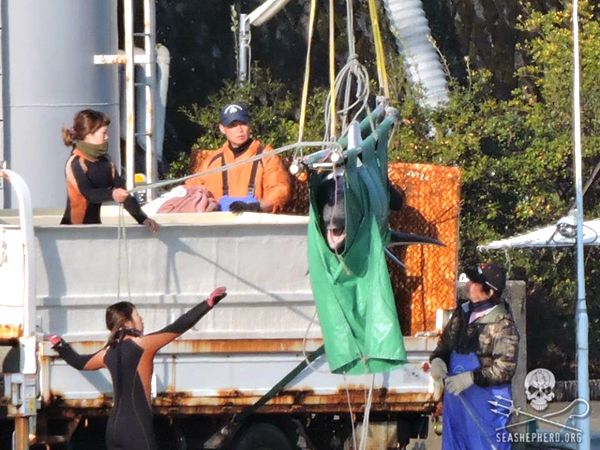 A captive dolphin is lifted in a sling. Photo credit: Sea Shepherd

Up until 1979, adult mountain gorillas were murdered so that baby mountain gorillas could be captured and displayed at the Cologne Zoo. This was once a routine practice by zoos, and today this method continues with the mass slaughter of dolphins in drive hunts designed to capture dolphins for trade and display in dolphinariums around the world.

Because of places like SeaWorld, we have the horror of the dolphin slaughter in Taiji.

This makes any person, man, woman or child who purchases a ticket to SeaWorld, Marineland or any facility profiting from the display of dolphins as culpable for the crime as the business interests that have thrived for so long on animal slavery.

The greatest circus in the world is Cirque du Soleil, and it does not exploit animals. There are alternatives.

We live in the greatest electronic media age in the history of the world. A facility that incorporated huge IMAX-like screens depicting real wild dolphins, orcas, seals, sharks and fish in their real-life habitats would be just as thrilling and far more educational than these concrete prison cells where cetacean slaves are forced to perform stupid tricks solely for the purpose of providing amusement to humans. They are not really much different from the venues of ancient gladiatorial sports, in which animals were slaughtered for the amusement of the masses—except today the killing is prolonged and miserable.

It has been very encouraging to see the impact of the documentary Blackfish on the plummeting profits of SeaWorld. This cruel and unnecessary facility must be shut down.

This brings up two questions that I constantly hear. First, “What about the jobs of the people who work at SeaWorld?”

Yes, what about their jobs? Employment does not justify cruelty. Human slavery provided tens of thousands of jobs to merchants, sailors, seers, and escaped slave hunters. Do we care about their despicable jobs today? Not at all. Their jobs were consigned to the dustbin of history where they belonged.

I also have no sympathy for the shareholders who have lost and continue to lose their investments.

Tens of millions of dollars in investments were lost with the joyous death of slavery. And for those who still hold shares, hoping in vain that SeaWorld will recover, I think it is time they wake up and smell the coffee before they lose even more of their thoughtless investments. Anyone who continues to hold shares in SeaWorld is not only not to be pitied for their lack of compassion, they deserve to lose their investments because of their reckless financial gamboling. SeaWorld will not recover unless they radically change their modus operandi. The writing is on the wall as the anti-cetacean slavery movement continues to grow in power and influence.

The second question is, “What will happen to the animals if SeaWorld collapses?” First, SeaWorld has a legal responsibility to find a solution. They cannot legally abandon the animals. They cannot put the animals down without long and costly court battles.

There is, however, a way that SeaWorld and other facilities can actually survive, that investors can recoup their investment, employees can retain their jobs, and the animals can be given a new lease on life. 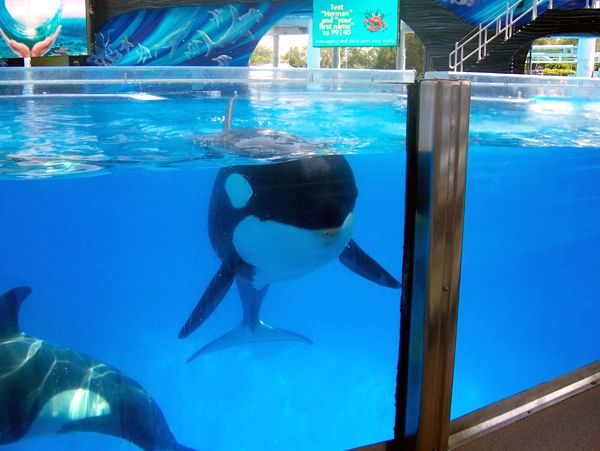 And if I were the CEO of SeaWorld, this is the plan I would follow.

First, I would find large bays or fjords where the openings could be netted off. The animals could then be placed in these large enclosures. Food could be provided by a trust fund set up by SeaWorld and trainers hired to teach the orcas and dolphins how to return to freedom in the ocean. Thanks to scientists like Dr. John Ford, we can match captive orcas with their pods based on the dialects within their language. People could still come to see the animals in these enclosures, although without the silly tricks. This facility could also serve as a hospital and rehabilitation center for sick and wounded animals.

Secondly, I would empty the tanks and replace them with a multi-media, IMAX-type environment to take people on virtual tours of our ocean. I would provide real educational messages about the state of our ocean and planet, and what we need to do to protect and conserve species, lives and eco-systems. This facility would provide plenty of jobs.

All we need to do is replace slavery with rehabilitation and replace amusement parks with entertaining, educational facilities.

So SeaWorld could survive, jobs could be retained and the animals could be freed—but only if someone has the vision, the courage and the willingness to do the right thing for the interests of all concerned: the investors, the employees and most importantly, the animals.