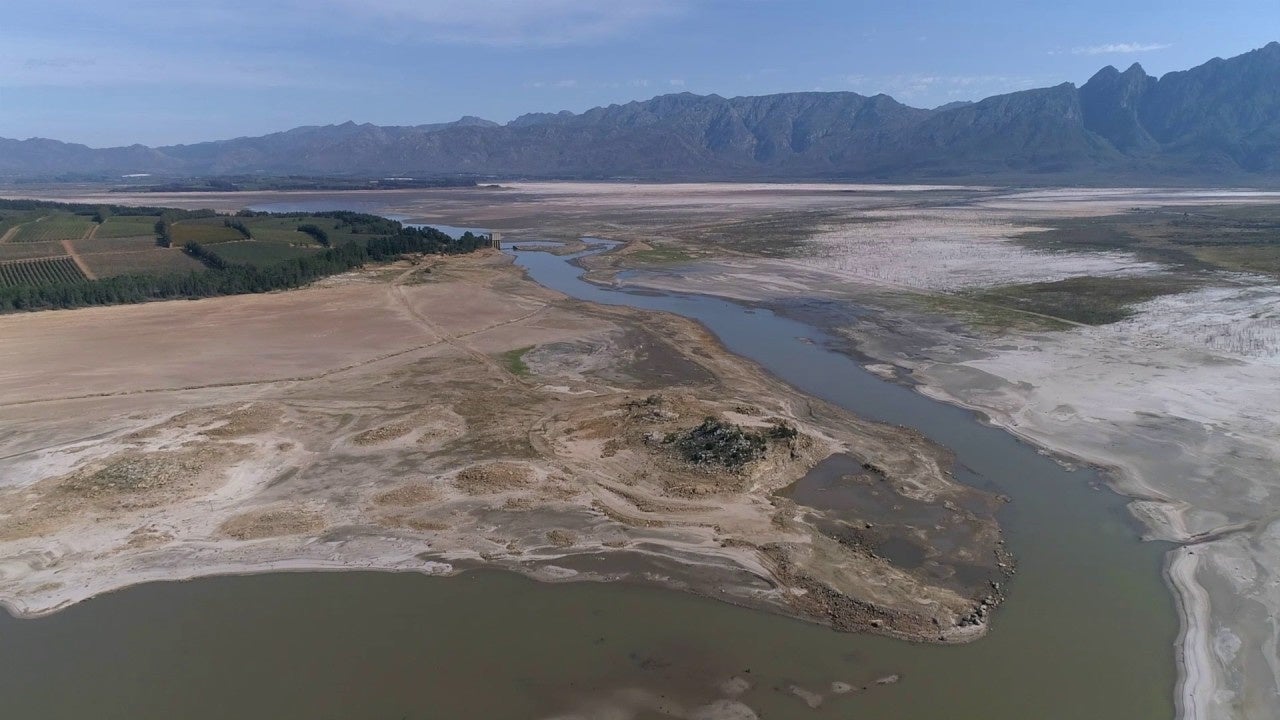 After three years of unprecedented drought, the South African metropolis of Cape Town is at risk of becoming the first major city in the world to run out of water.

Dam levels fell to 26 percent capacity on Wednesday, compared to 26.3 percent on Monday and 26.6 percent last week. Once the dams reach 13.5 percent, the municipal water supply shuts off for all but essential services, such as hospitals and key commercial areas.

Persistent warnings of “Day Zero”—when the taps run dry—have forced a new individual water limit of 50 liters a day starting in February. That target could be difficult to fulfill, as only 55 percent of Cape Town’s four million residents could meet the previous and much higher limit of 87 liters per day.

Dam levels are at 16.3% useable water. Daily consumption exceeded the daily usage target of 500 million litres per day by 80 million litres.#DayZero is now at 16 April 2018. #ThinkWaterCT and view this week's dashboard: https://t.co/Yj9ZUoCpw3 pic.twitter.com/fX9FqaJzX1

The water crisis has raised tensions and sparked a fight this week that resulted in an arrest at the Newland spring, southeast of the city center.

“A physical conflict broke out and a person was arrested by the South African Police Service,” said city security chief, councillor Jean-Pierre Smith in a statement.

“Congestion and noise from cars and persons visiting the site at all hours of the day and night is causing many complaints.”

The glimmer of good news is that the water restrictions appear to be working. Democratic Alliance leader Mmusi Maimane, who leads the Defeat Day Zero campaign, announced that Day Zero was pushed back four days later than previously expected.

“Thanks to the water-saving efforts of many Cape Town residents, I can confirm that we have begun to push back Day Zero, which is now 16 April 2018,” Maimane said.

“Pushing back Day Zero by four days may not seem like a lot, but actually it is a significant victory. It shows that residents are coming together and cutting water consumption,” he added.

Still, the fight is far from over and could get worse in a world of rising temperatures due to climate change.

“Cape Town has grown warmer in recent years and a bit drier over the last century, according to Piotr Wolski, a hydrologist at the University of Cape Town who has measured average rainfall from the turn of the 20th century to the present.

“Climate models show that Cape Town is destined to face a drier future, with rains becoming more unpredictable in the coming decades. ‘The drier years are expected to be drier than they were, and the wetter years will not be as wet,’ Mr. Wolski said.”

“Declaring national disaster areas is now the only way to ensure that every government structure can mobilize the necessary resources to respond effectively,” the environmental organization said in a petition. “The fact that this has not happened is a catastrophic failure in leadership at a time when South Africans need it most.”

It could take 4 years of good rain before dam levels are restored. The SA government must do something to avoid the worst impacts of this water crisis.