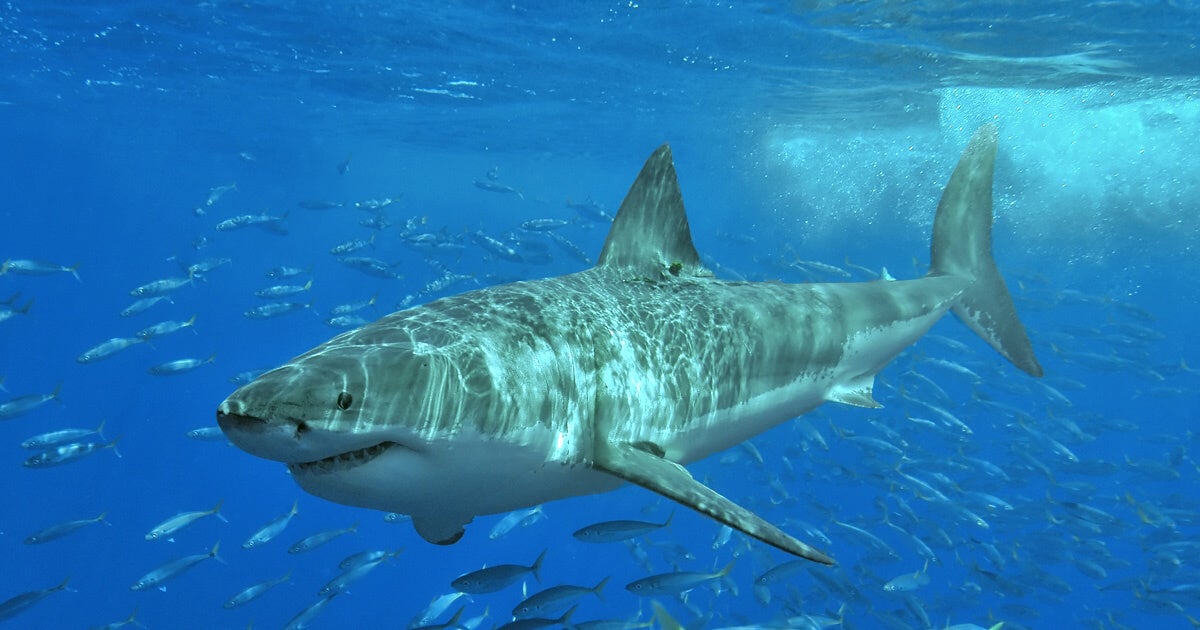 A Cape Cod area harbormaster had strong words for beachgoers, urging them to be more cautious as the number of great white sharks swimming close to shore increases, The Boston Globe reported.

“The constant presence of White sharks in shallow water off of Nauset Beach in the months of August – October is the new norm,” Orleans, Massachusetts Natural Resources Manager and Harbormaster Nathan Sears wrote in a Facebook post Wednesday. “It is time for beachgoers to change their behavior or something terrible is going to happen. Please be safe.”

Sears’ warning came after two videos showing sharks swimming off of Nauset Beach made the rounds on social media.

The most recent was posted by Julie Ryder Eitelbach Wednesday with the caption, “Rethinking that morning swim.”

But Sears wrote that most beachgoers were’t rethinking anything.

“Regardless of how much signage and information we provide, there still seems to be a concerning level of complacency,” he wrote.

His warning comes two weeks after a man was bitten by a shark while swimming in eight feet of water off of Truro, Massachusetts, according to The Boston Globe.

And a day after his warning was posted, nearby Nauset Light Beach was closed for an hour after lifeguards spotted a shark swimming nearby, New England Cable News reported.

While an increased shark presence might be inconvenient for swimmers, however, some researchers say it is actually a sign of a conservation success story, Newsweek reported.

Great white sharks come to Cape Cod to feed on seals, which have increased in number since the U.S. Marine Mammal Protection Act of 1972 made it illegal to hunt them.

Since the Massachusetts Division of Marine Fisheries began counting the shark population in the region in 2014, researchers found it steadily increased, jumping from 80 when the study began to 147 in 2016.

“It is actually quite remarkable how when we put stringent measures in place to regulate fisheries that these animals are pretty resilient and they will recover,” Director of the Florida Program for Shark Research at the Florida Museum of Natural History Gavin Naylor told Newsweek. “Biology, if you give it half a chance, recovers very well, and this is a great example.”

While swimmers should head warnings, shark attacks are less likely than being struck by lightning, according to the International Shark Attack File. “We’re still talking about probabilities that are tiny,” Naylor said.

Most shark attacks are actually “test bites,” scientists think, according to The Christian Science Monitor.

Marianne Long, education director of the Atlantic White Shark Conservancy, told The Christian Science Monitor that the Chatham Shark Center, run by her organization, fields calls from concerned residents asking for culls, or targeted killings, to lower shark populations. Long and others remind them that culls actually do more harm than good and that the sharks are a sign of a healthy ecosystem.

“Knowledge is power. And I think that there is a fear of what people don’t understand,” Long said.

In a post Tuesday, the Atlantic White Shark Conservancy quoted some common-sense wisdom for beachgoers from the group MA Sharks.

“The sharks are close because the seals are close. Which is why we say be #SharkSmart and don’t swim near seals!” the post advised.