Can’t Find Someone to Shower With to Reduce Your Water Usage? Try the Waterpebble 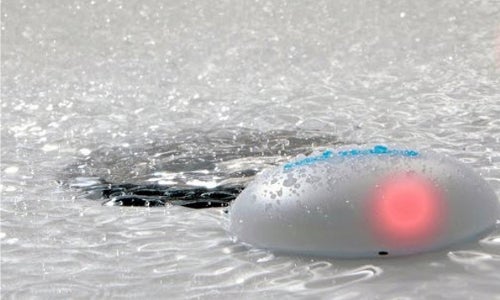 Water conservation is one environmental issue that people have been conscious of for years, long before “climate change” was in everyone’s lips. But with droughts such as the ongoing one in California that has seen wells running dry and home water supplies in jeopardy, public awareness has certainly increased. 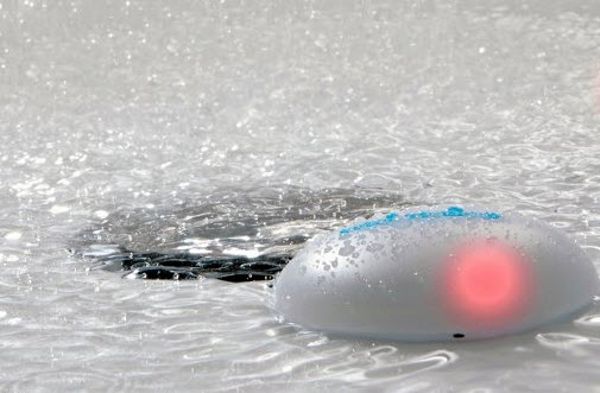 That red light means “Time to stop daydreaming and get out of the shower.” Photo credit: Waterpebble

Maybe you’ve even thought a little about it as you’ve stood under the shower enjoying a long, hot soak, guiltily telling yourself that maybe if you shower long enough, you can counteract the rising sea levels driven by climate change. But maybe what you need is a little flashing device in your shower stall to act as a second conscience, amplify your guilt and silently tell you, “Time to get out of there.”

Then you need Waterpebble, whose maker boasts that is is “a revolutionary device designed to take the effort out of water saving.”

Waterpebble was designed by a British company called PriestmanGoode. Normally the company works on grander visions than a 1 1/2″ plastic doohickey. Much of their business involves designing total environments and branding for airline and hotel clients as well as for the London Tube. But the travel involved in such projects was apparently what led company director Paul Priestman to conceive of Waterpebble. According to the company’s promotion, he came up with the idea after spotting a sign in a hotel bathroom that said “Please Use Water Sparingly.”

But what is “sparingly”? Waterpebble aims to tell you. The user places the battery-operated white translucent dome by his drain to monitor the amount of water flowing into it. It memorizes the amount the first time it’s used and, taking that as a benchmark, deploys a series of green-yellow-red “traffic lights” to tell you when to shut it off that shower. Red tells you it’s time to stop, yellow says you’re halfway through, and green stands for “well done—you are saving the planet.” That is, if you stop while you’re still on green!

But here’s the really good part: having established how much water you used on that first shower, each subsequent time Waterpebble reduces your showering time a notch—about 5-7 seconds. You may not notice it at first but pretty soon that red light is coming on a lot sooner and hurrying you out of the shower.

Or it will if you pay attention to it. Waterpebble serves as a “gentle” reminder that it’s time to finish up. Priestman hasn’t yet invented a device to MAKE you get out of the shower, and Waterpebble isn’t coercive, like devices that restrict the flow of water from your shower head. And it’s programmable so you can cheat and reset it. But you wouldn’t do that, would you?

Naturally Waterpebble is waterproof—duh! Made of polypropylene, it’s also recyclable.

And it has advantages that might not be readily apparently. A user named Scott Anderson posted at the Waterpebble website, “Well what can I say, a fab item, we have been using this now for a little over 1 month and its changed the showering habits of my two daughters, we now get 2/3 showers per tank, so we are doing our little bit to save the planet, but the really big plus is my stress levels have reduced as well, I am no longer yelling at them to get out of the shower.”

Go Dirty for the Drought