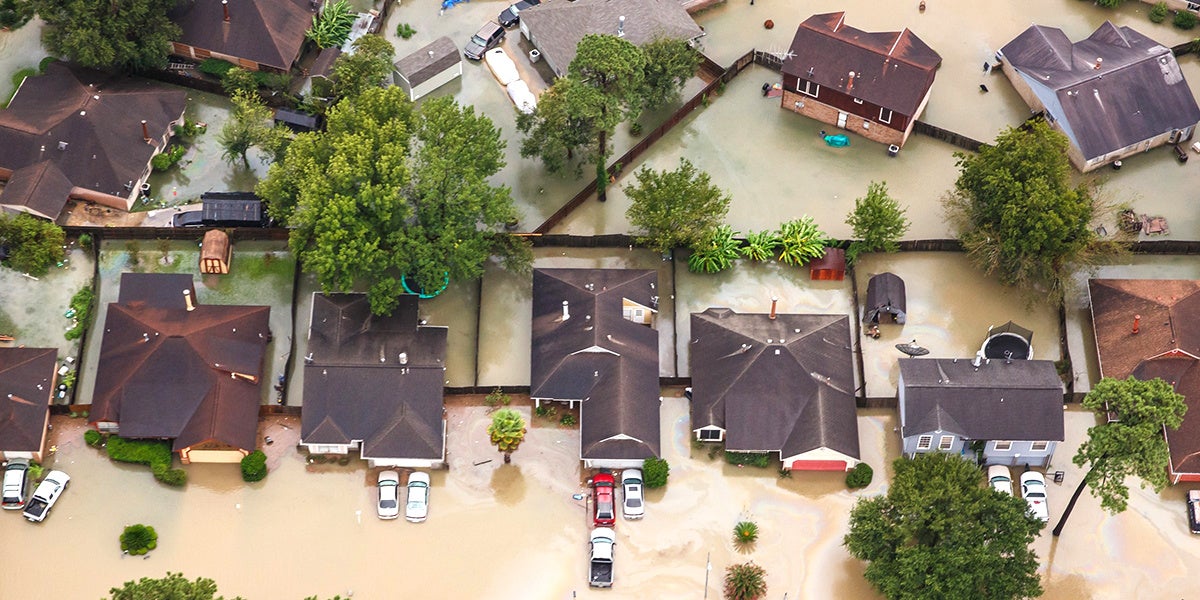 Yet the disconnect between that reality and government action to confront the greatest crisis humanity faces is astounding. Nowhere is that disconnect more profound than in the U.S., where the attitude is “out of sight, out of mind.”

U.S. Environmental Protection Agency Administrator Scott Pruitt, appointed by President Donald Trump, told staff to scrub the agency’s website of information about climate change and the Obama administration’s Clean Power Plan, aimed at reducing CO2 emissions from power generation. According to Newsweek, “Pruitt ordered edits that would modify search results for ‘Clean Power Plan’ to link to a page promoting Trump’s executive order, with a photo of the president and the EPA administrator posing with coal miners.”

That’s just one among many moves by the administration to reduce environmental protection and overturn measures to reduce climate change and shift to a clean energy economy. Pruitt has also suggested climate change might be beneficial!

Trump, as with many issues, is both confused and ignorant about global warming.

“There is a cooling and there’s a heating,” Trump told British journalist Piers Morgan in an ITV News interview. “I mean, look, it used to not be climate change, it used to be global warming. That wasn’t working too well because it was getting too cold all over the place.”

His comment shows the president doesn’t understand the difference between climate and weather or the history and basics of climate science.

Although Canadian governments sound more reasonable, their actions demonstrate a similar disconnect. The Alberta and federal governments talk about reducing emissions but somehow believe expanding oilsands production and shipping dirty bitumen around the world to be burned are compatible with their climate plans.

“We need to make sure we’re both protecting the environment and growing the economy at the same time,” Prime Minister Justin Trudeau told CBC in defending Kinder Morgan’s Trans Mountain pipeline expansion, which would triple the amount of bitumen shipped.

The economy and the environment aren’t equal considerations. We invented the current economy and can change it, as we often have, when it no longer suits our needs or realities. Demanding constant growth on a finite planet is suicidal. And extracting, processing, selling and transporting polluting, climate-altering fossil fuels isn’t the best way to ensure economic prosperity.

The oil and gas sector emits 26 percent of Canada’s greenhouse gases (almost 10 percent from oilsands)—not including emissions from burning the product!—yet only contributes about five percent of GDP, with the oilsands contributing about two percent. The industry employed around 178,000 people in 2017, with fewer than 30,000 in the oilsands. That’s significant, but clean tech employs more people, often in more widely distributed, high-paying jobs.

Trudeau’s claim that reducing direct oilsands emissions is enough is also disingenuous. Canada isn’t on track to meet its commitments under the Paris agreement, and he ignores the fact that countries buying our bitumen will burn it, further fueling global warming. Assurances that Canada has adequate plans to protect the BC coast from a spill, with an increase in crude oil tankers through Burrard Inlet from 60 to 400 a year, are absurd.

No matter what lengths politicians, corporate interests and others take to avoid, downplay and obfuscate serious issues around environmental degradation and our economic system’s destructive path, we can’t deny reality. Studies show we must refrain from burning most fossil fuel reserves to avoid catastrophic warming.

In little more than a century, the human population has more than quadrupled to seven billion and rising, and our plastic-choked, consumer-driven, car-obsessed cultures have led to resource depletion, species extinction, ocean degradation, climate change and more. It’s past time to open our eyes and shift to a more sensible approach to living on this small, precious planet.