Candle-Powered Egloo Revolutionizes How You Heat Your Home 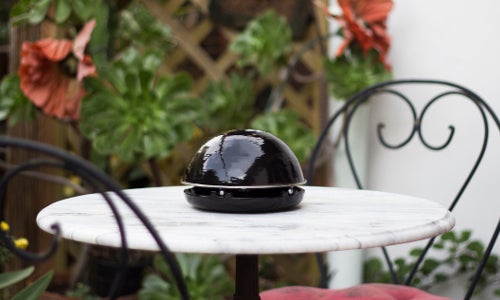 Maybe it’s the idea of saving money on home heating. Maybe it’s about being environmentally friendly. Or maybe it’s just that the object in question is sleek, spare and a bit mysterious-looking. 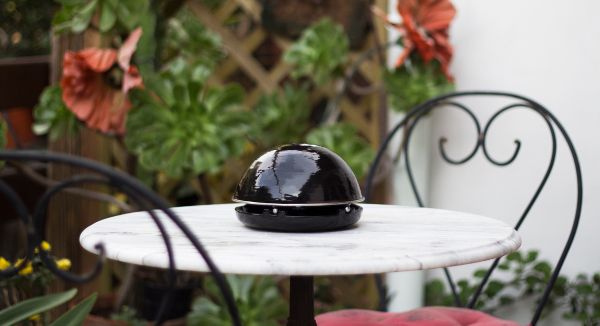 The Egloo is lightweight and requires no connection to a power source so it can be taken anywhere. Photo credit: Egloo

Whatever the reason, the Egloo home heater, an idea hatched by Italian entrepreneur Mario Zagaria who calls himself an “interaction designer,” blew past its Indiegogo crowdfunding goal in four days and has already raised almost four times its initial goal of $30,000. With two weeks left in its campaign, it’s closing in on $120,000. That’s good news because it means the Egloo will go into production and could be in your hands by March.

“Egloo is conceived for contrasting continuous waste of electricity used for warming domestic environments, offering as an option a candle-powered way that provides a cheaper and more ecological energy, taking advantage of features of terracotta that stores the heat and slowly and gradually releases it by radiation, even after it blows out,” says Zagaria.

Zagaria explained why he chose to use terracotta, a material common in gardens all over Italy.

“Terracotta is a non-metallic, very ductile inorganic compound used for heat-resistant covering due to its chemicophysical features and its high melting point,” he said. “Terracotta is a material particularly suitable for Egloo because the heat, rapidly stored, is slowly and gradually conveyed to the environment by thermal radiation.” 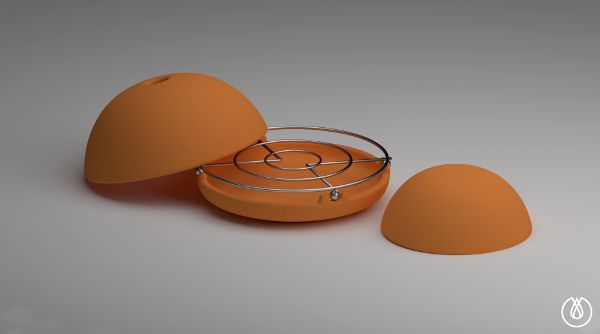 The Egloo is simple to assemble and doesn’t feature any complicated mechanical parts. Photo credit: Egloo

The Egloo requires four candles, each with a burning time of about five hours. They’re set on a base with a metal grill over which a pair of domes are positioned in such a way as to provide air circulation for the candles. A thinner inside dome stores the heat and sends it to the outer dome which has an opening to take in oxygen and feed the heat back into the surrounding environment.

“After only 30 minutes the temperature of the environment surrounding the Egloo will be increased between 2 and 3 degrees,” says Zagaria. (That’s equivalent to about 5 degrees Fahrenheit.)

Not only is the Egloo environmentally friendly and easy on your electric bill, but its design resembles something you’d buy in a museum shop or a high-end home furnishing store. It’s likely to be quite a conversation piece. And, at about seven inches wide and weighing slightly more than two pounds, it’s not a space hog either and it’s easy to take out to your porch or patio if the evening gets a little cool. 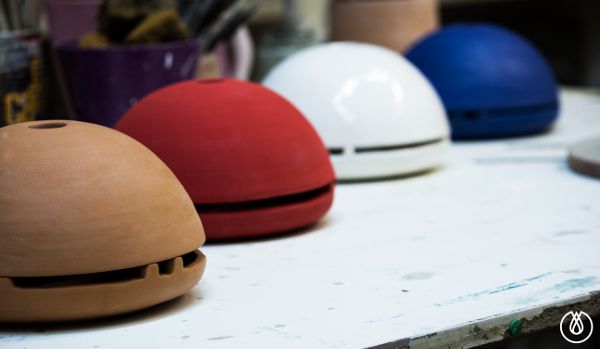 With an array of colors, both glazed and non-glazer, the Egloo fits the decor of any space. Photo credit: Egloo

The Egloo, which comes in white, black, beige, natural red and blue, is sold with eight candles, with prices ranging from $80 to $110. There’s also a ten-pack of Egloos—heat your whole home!—available for $750. Zagaria promised that if the campaign were successful (and it obviously has been) the Egloo would go into production in February and ship in March.

Check out this cool video of an Egloos being made:

Could Your Lawn Power Your House?