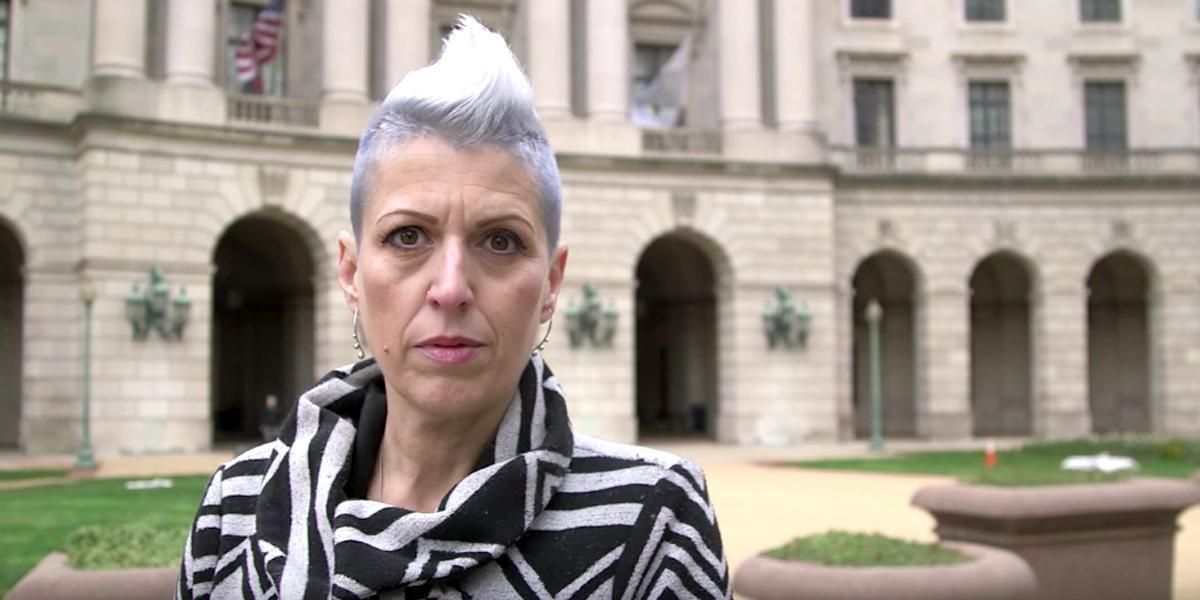 Donald Trump wants to slash the EPA’s budget and defund public health programs—which could cost people like Heather Von St. James their lives. This is her story.

Heather Von St. James has a friendly, Midwestern quality to her voice. Speaking to her over the phone, she comes off relaxed and assured, passionate yet polished.

But when you ask her about Donald Trump, something in her voice starts to change. There’s an exasperation, a sense of controlled but forceful frustration just under the surface of her jovial tone.

“It just makes me so angry,” was the first thing she said when I asked her what she thought of Trump’s decision to place Scott Pruitt at the head of the EPA.

That’s because Heather knows firsthand the devastation that could happen if Trump and Pruitt’s attempts to gut the EPA are successful.

At 36 years old, Heather was diagnosed with mesothelioma, a rare form of cancer caused by exposure to asbestos. She’s one of about 7 to 9 percent of mesothelioma patients who has lived more than five years after diagnosis, and one of even fewer who have actually defeated the disease. Since recovering 11 years ago, Heather has poured her time into fighting for regulations that limit Americans’ exposure to asbestos and championing protections for environmental health.

And she was seeing important progress in regulating pollutants and carcinogens like asbestos through the EPA—until Trump entered office.

Trump’s draft budget would cut EPA funding by 31 percent, slashing regulations that protect clean air and water for millions of Americans and reallocating the funds to the Department of Defense for “more warships and fighter jets.”

In essence, it’s more money for war and less for health and the environment.

“Those regulations are in place for a reason,” Heather explains. “They are there to save lives; they’re there to protect our kids and our future.”

And when Heather talks about saving lives, it’s not a figure of speech. Mesothelioma, a rare disease to begin with, claimed 45,000 lives between 1999 and 2015. The number of new cases rose each year during that period.

“I lost three friends this past week. Three people died,” Heather said to me the very first time we spoke.

The problem is even larger than mesothelioma. Trump’s budget jeopardizes Clean Air Act programs that have reduced harmful air pollutant emissions by 70 percent and prevented thousands of cases of asthma and respiratory disease. It cuts a program to keep children safe from lead exposure. It takes away money set aside for states to meet health-based drinking water standards.

All of that will come with significant costs that the American people—not Trump or the federal government—will have to bear.

Take Heather’s experience. By the time she finished treatment, she had more than $1 million in medical expenses. She had to travel back and forth between her home in Minnesota and Boston for specialist treatment because, as she put it, “everybody I know in Minnesota died and I wanted to live.” After going through radiation treatment and surgery to remove her left lung, one side of her body is numb. She can’t work, and she had to give up co-ownership of her salon and the career that she built over more than a decade. If she doesn’t have insurance, she’ll die.

Once again, Heather’s story is indicative of a larger trend. As much as the Trump administration has praised the benefits of its “cost-saving” budget, defunding EPA public health programs will actually come at enormous financial costs to working and middle class Americans. Those Clean Air Act programs on the chopping block, for instance, are expected to yield roughly $2 trillion in economic benefits in 2020 alone.

The financial costs of disease are astronomical, but that’s not what Heather emphasized to me the most. It was the personal toll that hit her hardest.

“When I was sick I felt very alone,” she said. “I missed out on the whole first year of my baby’s life.”

“I watched her grow up through black and white photos that my mom would send to me on email. These are things that you can’t put a dollar amount on.

“In the end, that’s what it comes down to with Trump’s attacks on the EPA—putting the lives of millions of people at risk to protect industry profits.

And that’s why Heather is using her story to fuel resistance.

“We may be up against a lot right now with this administration, but we have the truth on our side. We’re not a corporation, we’re individuals that this really happened to and we live it every single day.”

As long as this administration is in power, Greenpeace will stand by people like Heather—and Flint, Porter Ranch, the Gulf, and all communities whose health has been jeopardized by toxic pollution—to defend our right to clean air, clean water, and a healthy environment. Will you?