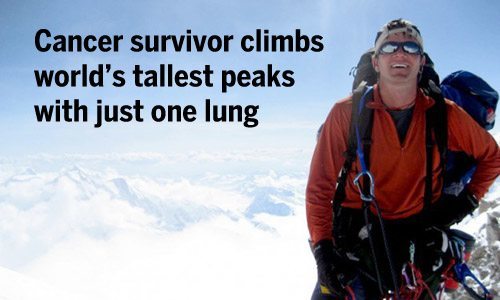 Sean Swarner battled cancer twice—once when he was 13 and again at 16. The now 41-year-old, who only has one lung, was the first cancer survivor to summit Mount Everest. He’s climbed the tallest peak on every continent—the so-called “Seven Summits“—and he’s completed the Ironman World Championship in Hawaii. 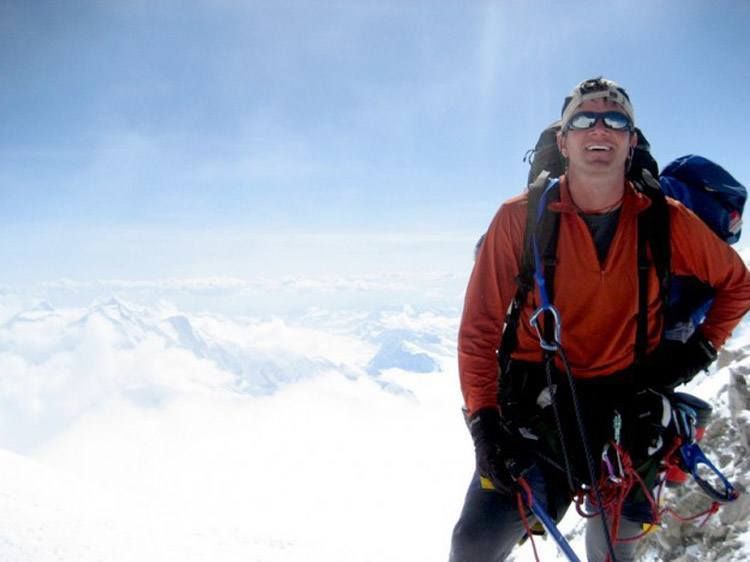 He recently told TODAY that he’s lucky to be alive. “I’m the only person I know of who’s had both Hodgkin’s disease and Askin’s sarcoma,” he said. “The prognosis of surviving both was the equivalent of winning the lottery four times in a row with the same numbers.”

He spent a year in a medically-induced coma, and at one point, was given just two weeks to live. Sitting in the hospital watching the Ironman on TV, he decided that if he survived, his goal would be to complete the Ironman.

“What kept me going is a quote I came up with and it’s: ‘The human body can live roughly 30 days without food. The human condition can sustain itself for roughly three days without water, but no human alive can live for more than 30 seconds without hope.’ So hope kept me going,” he said.

Now, he helps others who are struggling with what he went through by guiding them up Africa’s tallest peak, Mount Kilimanjaro. He’s summited it a dozen times. Every year his foundation, the Cancer Climber Association, gives a cancer survivor the chance to climb with him.

“I remember him saying one day, ‘Hey, you make it through this and I’ll take you up to climb Mount Kilimanjaro with me,'” Peter Campbell, a cancer survivor, told TODAY. “He actually taught me to look at my cancer as a mountain, my mountain being remission.”

Last July, Campbell hiked with Swarner to the top of Mount Kilimanjaro.

“We got to make a phone call from the top. My wife kept my kids up so at one o’clock in the morning I called home and told her, ‘I’m standing on top of the world.’ It’s something I’ll never forget,” an emotional Campbell said.

“It made up for the two years I laid in a hospital bed, the surgeries, the chemo, puking, not knowing. But it was worth it,” he said.