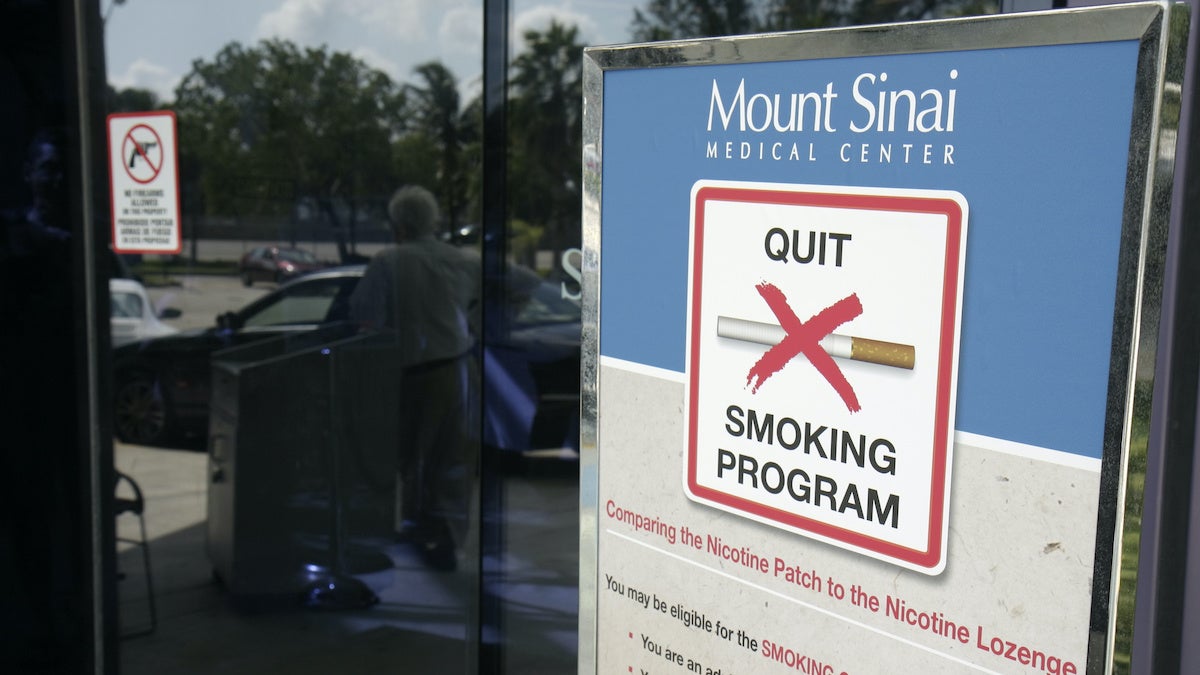 A new report from The American Cancer Society has identified the largest single-year decline in the U.S. cancer death rate to date, likely spurred by new treatments and reductions in smoking.

The rate of Americans dying from cancer fell by 2.2 percent from 2016 to 2017, marking 26 consecutive years of a decreasing cancer death rate since it peaked in 1991 at 215 deaths per 100,000 people, according to the report published in CA: A Cancer Journal for Clinicians.

Overall, the cancer death rate decreased 29 percent between 1991 and 2017 — amounting to 2.9 million fewer deaths than at the peak rate — The Washington Post reported. But while the death rate usually fell by around 1.5 percent year to year, the 2.2 percent drop in mortality in 2017 was the highest going back to 1930, when the American Cancer Society began keeping records.

“What is really driving that is the acceleration in the decline of mortality for lung cancer, and the reason that is encouraging is because lung cancer is the leading cause of cancer death, causing more deaths in the U.S. than breast, colorectal cancer and prostate cancers combined,” Rebecca Siegel, lead author and scientific director of surveillance research at the American Cancer Society, told CNN. Cancer is second only to heart disease when it comes to all leading causes of death in the U.S. and experts believe lung cancer accounts for more than 25 percent of all cancer deaths.

The report found that the lung cancer death rate for men has fallen 51% since 1990 and 26% for women since 2002. This decline has accelerated in recent years, the authors noted, with annual reductions in the death rate climbing from 2 percent per year to around 4 percent.

In fact, the progress around lung cancer is such that if you removed it from the data, the 2.2 percent drop from 2016 to 2017 would be only 1.4 percent, Siegel told Reuters.

The authors said one explanation for the declining death rate for lung cancer is that smoking rates in the U.S. have also continued to fall, reaching a record low in 2018. According to the U.S. Centers for Disease Control and Prevention, cigarette smoking is the top risk factor for lung cancer and is associated with 80-90% of lung cancer deaths in the U.S.

We’re also getting better at finding and treating cancers at any stage, the authors of the report pointed out.

This includes improvements to diagnostic tools, surgery procedures and radiotherapy, as well as the impact of new drugs, USA Today reported. For instance, the decline in the death rate for melanoma accelerated from between 1-3 percent per year to 7 percent for people aged 20-64 after two new therapies hit the market in 2011, The New York Times reported.

Not all the news is positive, however, as the authors found that progress for colorectal, prostate and breast cancers has slowed despite overall decreases since their peaks. Many of these cancers can often be detected early via screening tools, Siegel noted.

The authors suggested that the prevalence of obesity-linked cancers — following the U.S.’s rising obesity rates — as well as racial and state-based disparities in risk factor exposure for preventable cancers and healthcare access may be driving the slow-downs.

“It’s a reminder that increasing our investment in the equitable application of existing cancer control interventions, as well as basic and clinical research to further advance treatment, would undoubtedly accelerate progress against cancer,” Siegel said in a press release.