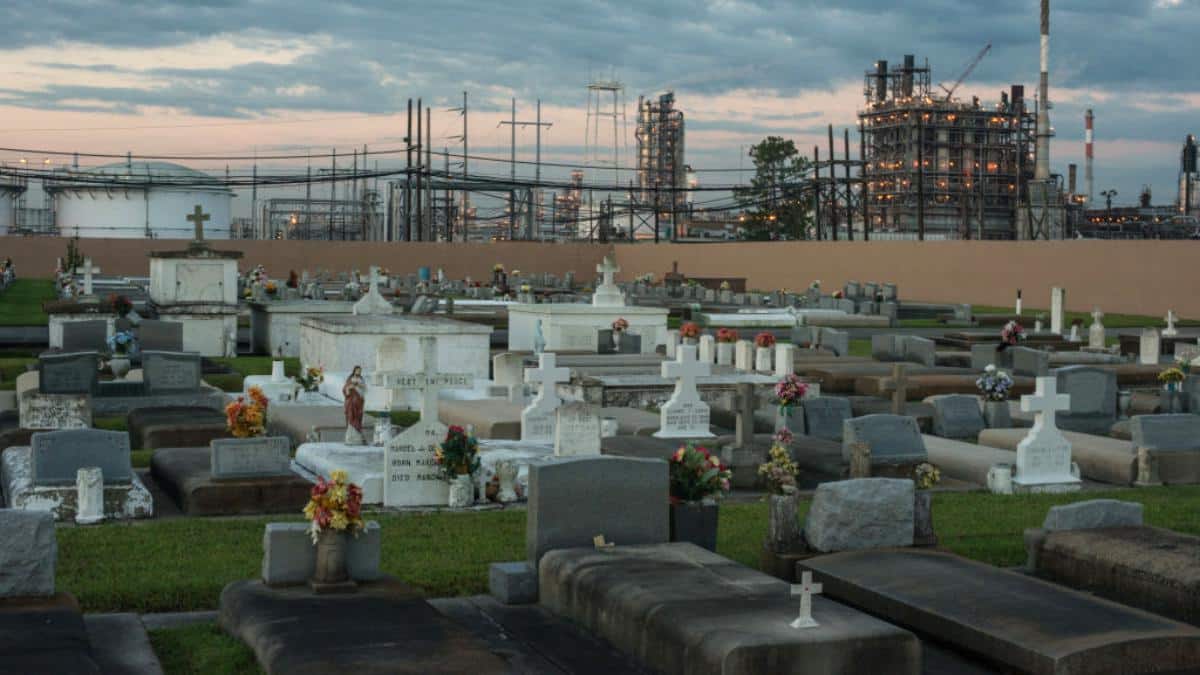 Calling a planned petrochemical manufacturing complex in Louisiana’s “Cancer Alley” a “textbook case of environmental racism,” 175 organizations from around the world sent a letter to financial institutions Tuesday urging them not to fund, underwrite, or invest in the project, which could cost up to $12 billion.

The letter — led by the faith-based grassroots group RISE St. James — says that Taiwan-based Formosa Plastics Group’s 2,400-acre Sunshine Project, which is slated to be built in a vulnerable floodplain amid intensifying climate-driven hurricanes and tropical storms,” presents an unnecessary burden for our already-polluted community.”

“We are fighting to protect ourselves from Formosa Plastics’ disastrous environmental and human-rights record in the United States and around the world,” the letter states.

Residents of St. James Parish — nearly half of whom are Black — and environmental advocates strongly oppose the plant, which, if built as planned, will release carcinogenic chemicals and, according to one environmental watchdog, produce 13.6 million tons of planet-heating emissions annually.

Formosa Plastics has also come under fire for failing to follow through on a promise to alter the plant’s layout to lessen the exposure of nearby residents and schoolchildren to toxins, and for its failure to notify the community of the discovery of a burial ground for enslaved Black people.

BREAKING: We're joining 175 orgs to tell banks not to finance Formosa Plastics' plant — which would spew 13.5M tons of GHG emissions into a predominantly Black community that has literally already been dubbed Cancer Alley due to industrial air pollution.https://t.co/dKCs3I3a2o

St. James Parish sits in the middle of an 85-mile stretch along the Mississippi River between New Orleans and Baton Rouge known as Cancer Alley or Death Alley due to its nearly 150 oil refineries and plastics and chemical plants.

According to data from the U.S. Environmental Protection Agency (EPA), the cancer risk in predominantly Black areas of St. James Parish is as high as 105 per million, compared with 60 to 75 cases per million in majority white areas. The EPA’s Risk-Screening Environmental Indicators database reported an 800% cancer hazard increase due to petrochemical facilities in the parish between 2007 and 2018.

In defense of the state’s seafood industry, restaurants, tourism, and workers in those sectors, the New Orleans City Council recently voted to oppose Formosa’s construction. Without those industries, our unique culture would experience irreparable damage. https://t.co/ExYwdHyfLq

Signatories of the RISE St. James letter urged banks and asset managers to avoid financing, underwriting, or investing in Formosa Plastics projects, and to divest from the “serial environmental offender.”

In the context of the Covid-19 pandemic, Formosa Plastics’ plan to construct a facility that would double or triple the toxic levels of cancer-causing pollutants in communities in St. James Parish represents a stunning, potentially devastating increase in our community’s environmental burden. In addition to elevating residents’ risk of cancer, asthma, and other serious diseases, this increase in toxic air pollution places residents at a higher risk from respiratory infections including a higher risk of death from Covid-19.
Study after study has demonstrated inextricable links between air pollution exposure and Covid-19 death rates. As of July 2020, three out of Louisiana’s five parishes with the highest Covid-19 death rates were located in Cancer Alley, including St. James Parish, with averages up to 3.8 times the state’s median. Our community simply cannot afford more air pollution — our survival depends on it.

It notes that Formosa Plastics has been hit with over 0 million in fines and penalties for violations at more than a dozen facilities around the world, including a 2016 spill of cyanide and other deadly chemicals that devastated marine life and livelihoods along a 125-mile stretch of the central Vietnamese coast — the country’s worst-ever environmental catastrophe.

“High-profile disasters have caused at least two dozen deaths, dozens more injuries, and tens of thousands of disrupted lives and livelihoods from evacuations, shelter in place orders, and long-lasting damage to ecosystems that communities depend on,” Tuesday’s letter states.

The letter urges its recipients to follow the examples of financiers and entities like Norway’s Sovereign Wealth Fund that have divested from or rejected investment in Formosa Plastics.

“Formosa Plastics is not welcome by the local people of St. James,” the letter declares. “We want clean air, water, and soil. It is incumbent on any responsible corporation to listen to our community and cease all business relationships with Formosa Plastics Group and its constituent entities, to avoid any association with the severe and unjust impacts its operations would have on us.”

Learn about the evolution of an environmental justice warrior in this article about Sharon Lavigne, resident of "Cancer Alley" and fierce opponent of the polluting Formosa Plastics company. https://t.co/E0uUkBk0lp

Sharon Lavigne, founder and president of RISE St. James, said in a statement that “Formosa Plastics will destroy our land, our homes, and the lives of our community. We’re saying enough is enough, and we’re standing up for a better, cleaner future for ourselves and our children.”

“Banks shouldn’t finance this level of pollution,” she added, “and if they want to show that they can be responsible then they need to say no to Formosa.”