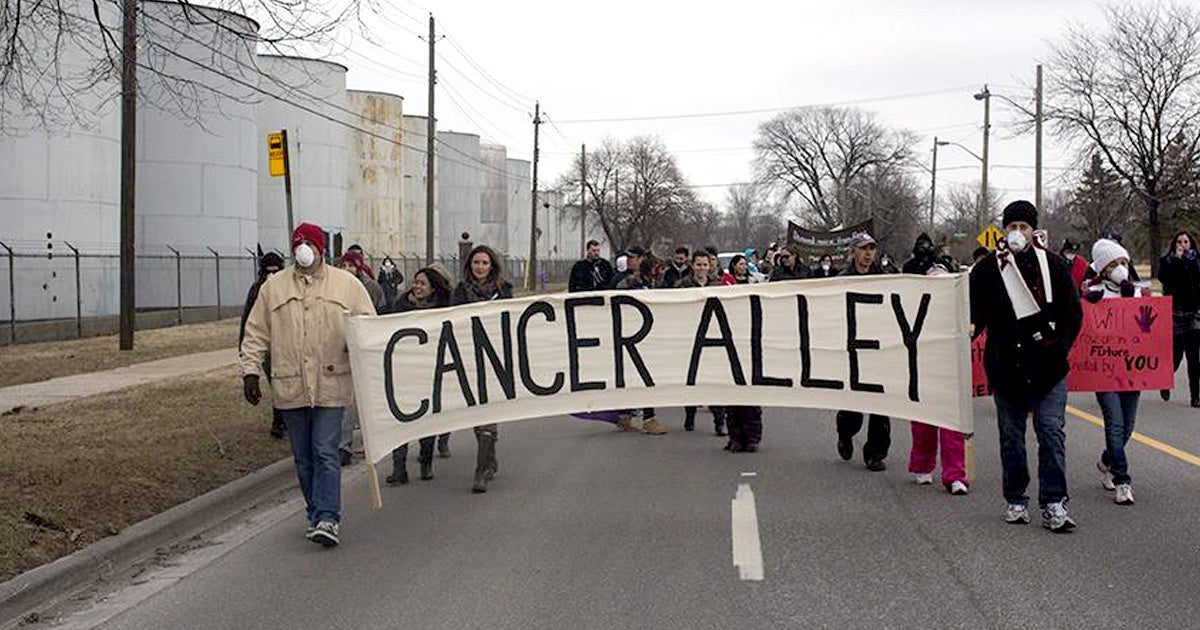 Thirteen Louisiana residents who live in the shadow of one of the most toxic factories in the country recently filed a lawsuit against the facility’s co-owners, DuPont and Denka, in an attempt to stop or reduce the production of an air pollutant linked to serious health problems, including cancer.

The plaintiffs are currently seeking approval from a local judge to file a class action lawsuit that would allow anyone who has lived, worked or attended school within a defined boundary around the plant over the past five years to take legal action against the plant’s owners.

The plant, located along a stretch of land between New Orleans and Baton Rouge known as “Cancer Alley,” has long been operated by DuPont, a notorious U.S.-based chemical company with a history of endangering public health and the environment. However, DuPont sold the majority of its stake in the facility to a subsidiary of the Japanese chemical giant Denka in 2015, though the company still owns part of the land.

Though some state and local political leaders have touted the plant as a success story and “a win” for the local community, many residents have become increasingly concerned with the plant’s release of chloroprene, a chemical used in the manufacture of synthetic rubber, into the air.

In 2010, the Environmental Protection Agency (EPA) listed chloroprene as a carcinogen, stating that exposure levels greater than 0.2 micrograms per cubic meter of air lead to an increased risk of cancer. They also found that short-term exposure to high levels of the chemical can cause headaches, dizziness, respiratory irritation, chest pain, hair loss, gastrointestinal disorders, rashes, corneal damage and fatigue.

“We are being killed by chemicals that the state is allowing Denka and DuPont to pollute our air with,” Robert Taylor, founder of Concerned Citizens of St. John, told Julie Dermansky of DeSmog. “We are fighting for our lives, and our children’s lives.”

Residents have become even more vocal about the plant’s chloroprene output after EPA data recorded in subsequent years revealed that emissions have, at times, reached up to 765 times the “upper limit of acceptability” set by the EPA. 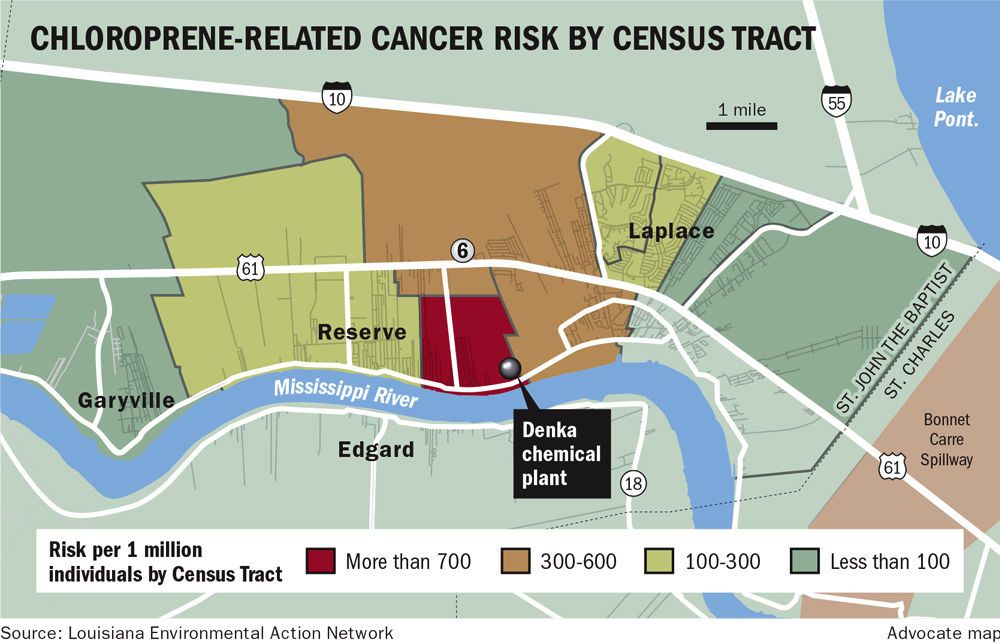 More confirmation of the plant’s dangerous output of carcinogenic pollutants came last December, when the EPA’s National Air Toxic Assessment, which estimates exposure for 180 air toxins nationwide, found that residents living around the plant have the highest potential risk of cancer from airborne pollutants of any community in the country.

Then, in April, a preliminary report prepared by federal investigators found that the plant had violated the Clean Air Act an estimated 50 times. Just one month after the damning report, nearby residents were found to have been exposed to chloroprene at levels that were 12 to 58 times the legal limit.

Despite the federal government’s consensus on the dangers of chloroprene and the high rate of exposure faced by residents, state regulators assert that no proof exists that shows “immediate” health risks near the plant, arguing that the long-term effects of chloroprene exposure are still not well-understood.

The plant’s current operators have stressed that both companies that have operated the plant in recent years have done so in compliance with its air permits. Though true, these permitted emission levels were issued before the EPA’s findings concerning chloroprene’s carcinogenic properties.

This year, in the wake of increased concern about the plant’s chloroprene production from federal regulators and local residents, Denka has hired government relations firm Bracewell LLP.

The lobbyists listed include Edward Krenik, a former EPA employee, and Scott Segal, a partner at a firm that has advised the Trump administration and endorsed Scott Pruitt to head the EPA. Segal has worked with Pruitt in the past in attempts to reverse certain EPA regulations.