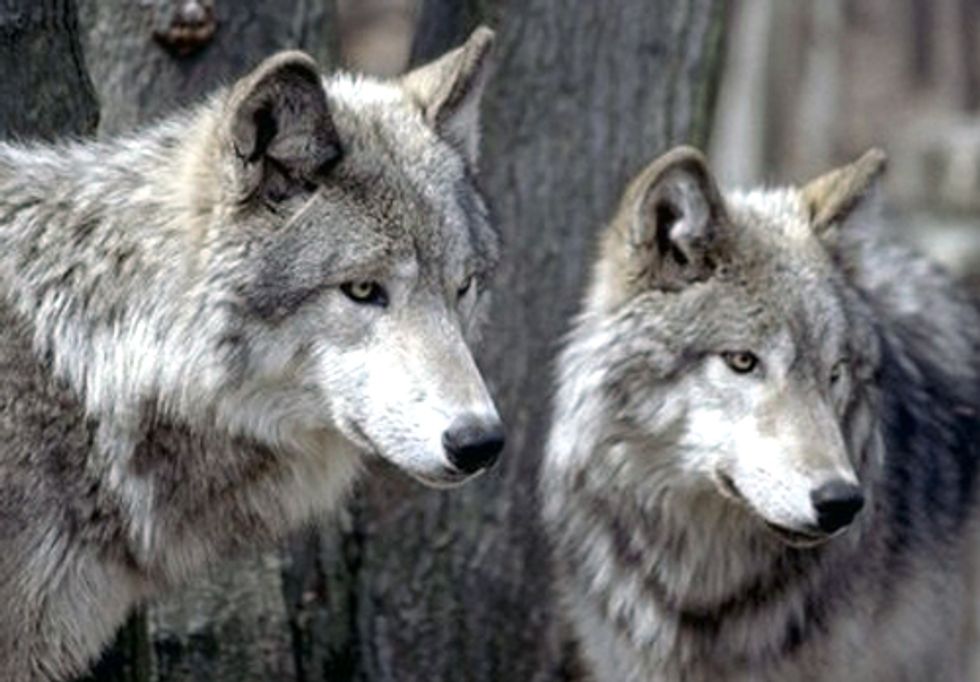 Late last week, internal documents went public showing Canada is fretting over its sullied reputation for unfettered fossil fuel development, while resorting to poisoning wolves rather than fixing the problem. National Wildlife Federation (NWF) released a paper Feb. 6 showing tar sands, oil and gas development in Canada is contributing to the decline in caribou herds. Rather than improve environmental practices to protect and restore caribou habitat, Canadian wildlife officials are poisoning wolves with strychnine-laced bait. The news comes as Alberta and Canadian officials scramble to address environmental monitoring failures that are wreaking havoc up north.

The highly controversial Keystone XL proposal would move this Canadian dirty oil through the heartland of the U.S. to export, making the U.S. complicit in causing excruciating wildlife culling.

Strychnine progresses painfully from muscle spasms to convulsions to suffocation over a period of hours. The NWF paper says the poison will also put at risk animals like raptors, wolverines and cougars that eat the poisoned bait or scavenge on the carcasses of poisoned wildlife.

Here’s what Canada’s Minister of Environment Peter Kent said in September—“Culling is an accepted if regrettable scientific practice and means of controlling populations and attempting to balance what civilization has developed. I’ve got to admit, it troubles me that that’s what is necessary to protect this species,” Kent commented. Simon Dyer of the Pembina Institute estimates that many thousands of wolves could be destroyed over five years.

Instead of resorting to euphemistic descriptions of a repugnant method of killing, Mr. Kent and Canadian officials should work on stopping the habitat destruction in the first place. Destroying and fragmenting caribou habitat to produce one of the dirtiest fuels on the planet means fewer caribou and fewer wolves just to line the pockets of Big Oil.

It’s increasingly par for the course in Canada, as the nation continues its slide from “Green to Gray.” What’s disturbing is that Keystone XL commits the U.S. to a decades long partnerhip in these crimes” against wildlife.

Caribou have been inhabitants of the northern hemisphere for 1.6 million years. Some species are declining. Environment Canada classifies the boreal and southern mountain populations of caribou (Rangifer tarandus caribou) in Alberta as threatened.  "The Alberta Caribou Committee notes that three of the province’s 18 herds are at immediate risk of disappearing because of loss of habitat. Six are in decline, three are stable, and not enough is known about the remaining six to determine how well they are doing,” wrote Canadian author and Arctic specialist Ed Struzik on Oct. 27 in Environment360. “Scientists are confident, however, that they are in decline as well, further fueling efforts to protect caribou by eradicating wolves,” he wrote.

Habitat Protection, Restoration Should Be the Focus

Incredibly, the Canadian government actually acknowledges that carving up forests is threatening caribou. “Boreal caribou are primarily threatened by a reduction in the availability and suitability of habitat necessary to carry out the life processes necessary for their survival and reproduction,” said Environment Canada’s proposed caribou recovery plan. Why then, we have to ask, are they not stopping this destruction? More development means less habitat, fewer caribou and fewer wolves. Both caribou and wolves need a healthy habitat.

We need your help to protect wildlife. Get involved and help us stop this from happening. Visit our tar sands page and learn how to take action.