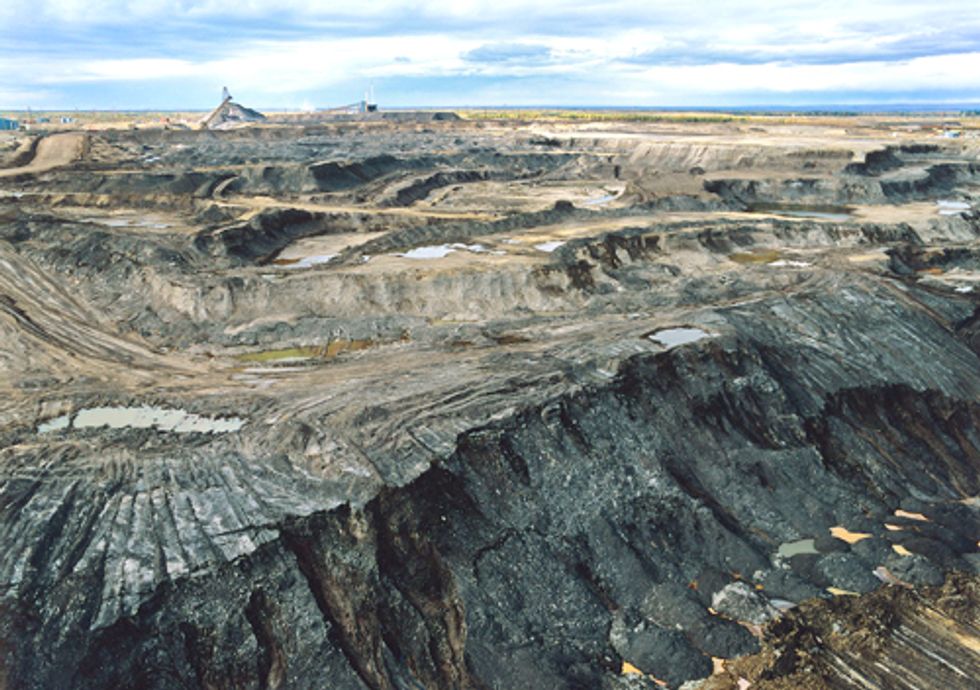 Anyone who has been following the extensive international lobbying activities of the Canadians trying to bully tar sands onto the market will know there has been routine high-level cooperation between the federal and Albertan governments and the oil industry.

But new documents, released under Freedom of Information, reveal that the federal and Alberta governments formed a secret, high-level committee in early 2010 with Canada’s most powerful oil industry lobby group to coordinate their pro-tar sands PR campaign.

The covert committee brought together the president of the Canadian Association of Petroleum Producers (CAPP) with deputy ministers from Natural Resources, Environment Canada, Alberta Energy and Alberta Environment to synchronize their dirty lobby efforts.

Without even a hint of irony it was called the “Oilsands Clean Energy Coordinating Committee."

One memo—from January 2011—details talking points for a meeting with CAPP President Dave Collyer, including that the federal government aimed to “ramp up” its lobbying in the U.S. and Europe over the next year and a half.

For more details on the federal government’s dirty, extensive lobbying in Europe to undermine the Fuel Quality Directive, click here.

CAPP spokesperson Travis Davies told the Canadian Star that the industry lobby group had been invited to join the committee by the federal government.

“We exchange information on oilsands outreach activities,” Davies said. “For instance, when governors or groups wanted to come visit the oilsands, we needed to be at the table. It was about basic coordination.”

Environmental groups reacted to the news with dismay. “We’re seeing that the government is becoming the advocacy arm of the oil industry, whether that’s to kill environment regulations abroad or to rhetorically attack environmental groups and First Nations,” said Keith Stewart, a climate and energy campaigner with Greenpeace.

He added, “I’m old-fashioned enough to believe that there should be a separation between oil and state, but with these types of secret committees it’s hard to see any daylight between them. I think that most Canadians would agree that while oil may still run our cars for now, it shouldn’t ever run our government.”

Meanwhile, the high-level cooperation looks set to continue with the newly formed Canadian Oil Sands Innovation Alliance, a partnership of a dozen major tar sands companies and, you guessed it, the Canadian government.