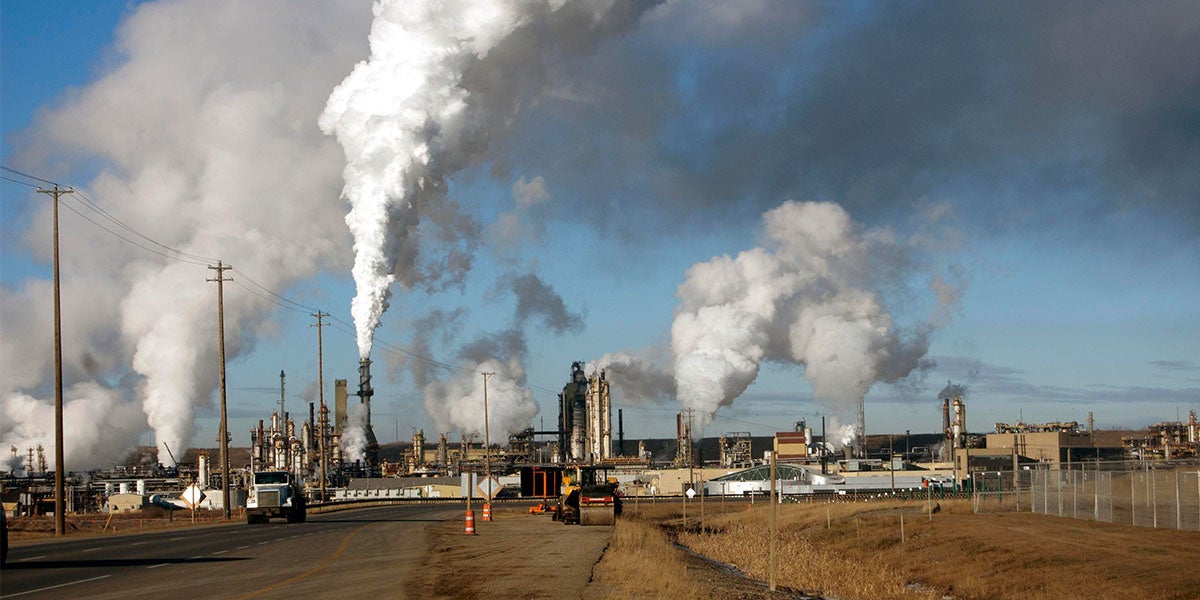 Days after Justin Trudeau blew an estimated $15 billion of hard-earned Canadian taxpayer money on Kinder Morgan’s Trans Mountain pipeline, scientists are warning just how financially and ecologically stupid and short-sighted the investment was.

In a peer reviewed scientific paper published Monday, the scientists warn of the existence of a “carbon bubble,” due to the plunging price of renewables and improved energy efficiency measures, which will make many fossil fuel projects “stranded assets.”

It continues: “This trend is inconsistent with observed investment in new fossil fuel ventures, which could become stranded as a result.”

Crucially, the scientists argue that many fossil fuel projects will become stranded due to changing market conditions, especially with the cost of renewables rapidly decreasing.

But this economic loss of “stranded fossil fuel assets” will be exemplified if “new climate policies to reach the 2°C target of the Paris Agreement are adopted and/or if low-cost producers (some OPEC countries) maintain their level of production (‘sell out’) despite declining demand.”

If this happens there will be winners and losers, with “winners (for example, net importers such as China or the EU) and losers (for example, Russia, the United States or Canada, which could see their fossil fuel industries nearly shut down).”

So Canada will be a net loser. And the reason will be the tar sands. And if the tar sands are “shut down,” Kinder Morgan is a pipeline to nowhere.

Professor Jorge Viñuales, co-author, told The Guardian: “Contrary to investor expectations, the stranding of fossil fuel assets may happen even without new climate policies. Individual nations cannot avoid the situation by ignoring the Paris agreement or burying their heads in coal and tar sands.”

Dr. Jean-François Mercure, the lead author, from Radboud and Cambridge universities, also told the newspaper: “If people stop putting funds now in fossil fuels, they may at least limit their losses.”

Trudeau has just done the opposite. As the prime minister buries his political future in the tar sands, others have criticized last week’s bail-out as a clear “subsidy” to the oil industry, which goes against a G7 pledge to phase out “inefficient” support for polluting sectors by 2025.

“The decision by the Canadian government to acquire the Trans Mountain pipeline from Kinder Morgan has essentially been taken because, given the risk, no other private investor would step in,” argues Mark Campanale, the executive director of Carbon Tracker. “It is government subsidizing a market failure.”

But it gets worse: As Trudeau invests in “carbon bubbles” and “market failures,” two Kinder Morgan bosses are literally laughing all the way to the bank. Two senior executives have each been awarded $1.5-million “retention bonuses” in connection with the $4.5 billion sale of the pipeline.

Opposition MPs were outraged at the news: One, the B.C. New Democrat MP Nathan Cullen, said in the House of Commons: “Adding insult to injury to this public bailout, it includes a $3 million bonus to Kinder Morgan executives.”

Canadian economist Robyn Allan, who has spent the past few years analyzing the dodgy finances behind the Trans Mountain project, also criticized the payouts: “It’s a large amount of money and it’s something that most people are going to be shocked about.”

They are right to be shocked about another example of rewarding big oil executives for climate failure.