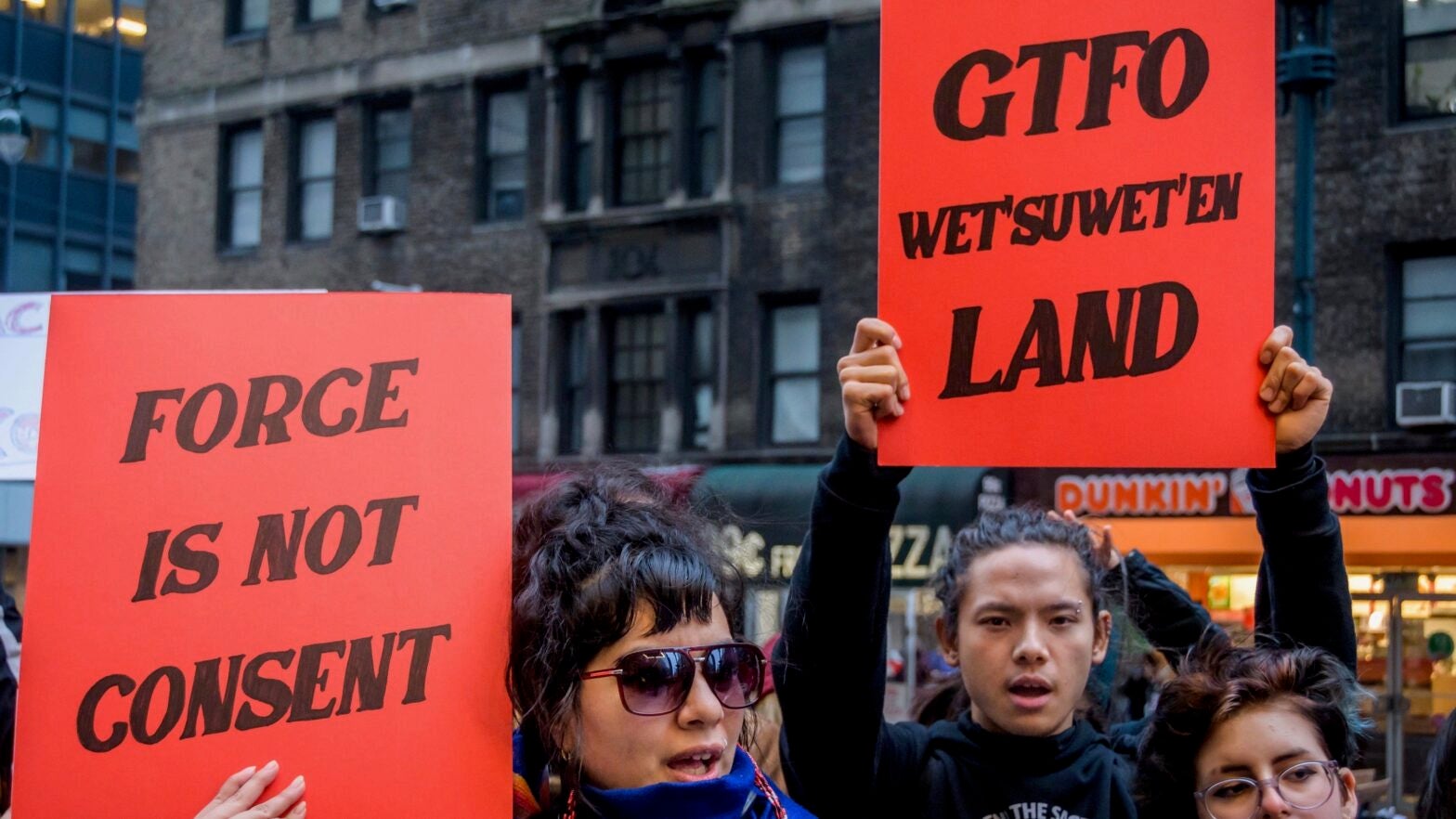 Tensions are continuing to rise in Canada over a controversial pipeline project as protesters enter their 12th day blockading railways, demonstrating on streets and highways, and paralyzing the nation’s rail system

The arrest of dozens of people, including some Wet’suwet’en Nation leaders, earlier this month for blockading railways in protest of the $4.6 billion TransCanada Coastal GasLink pipeline sparked sympathy protests across the country. The protests bring up longstanding questions over Indigenous land rights in the region, illustrated by the years-long fight by the Wet’suwet’en against the pipeline, which some members of the tribe say is being illegally built on their territory. Two Canadian railways said they would temporarily lay off hundreds of employees as travel and trade stalls, and the crisis represents a major challenge for Prime Minister Justin Trudeau.