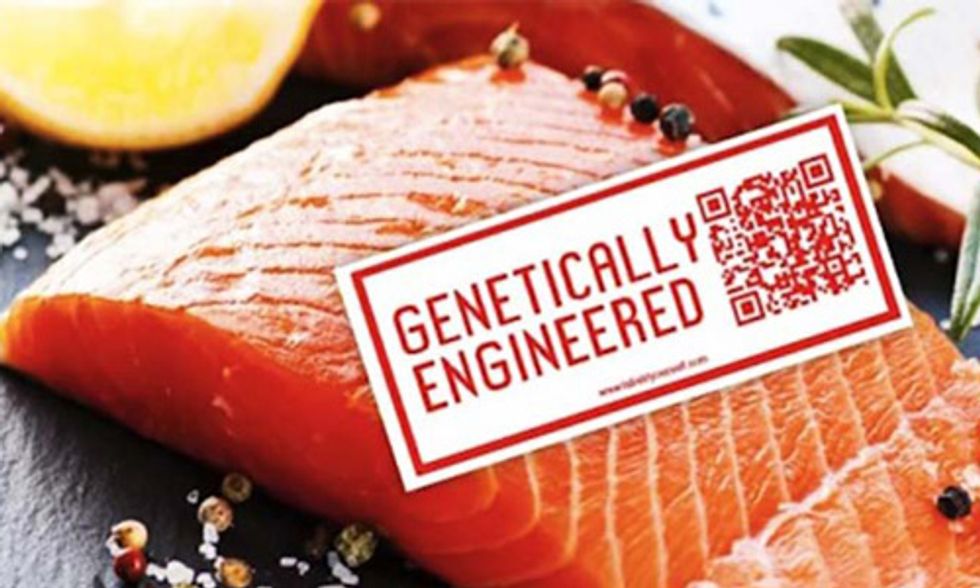 Canadian and U.S. environmental and consumer groups denounced Health Canada's approval of genetically engineered salmon created by AquaBounty Technologies Inc., a majority owned subsidiary of synthetic biology company Intrexon. This is the first-ever genetically engineered animal approved for human consumption in Canada, despite widespread public outcry, risks to wild salmon and an approval made with no public consultation or labeling.

This approval also comes despite the Canadian Department of Fisheries and Oceans draft risk assessment that questions the health and welfare of AquaBounty Technologies Inc.'s genetically modified salmon. The draft risk assessment concluded that AquaBounty's GMO salmon are not only “more susceptible to Aeromonas salmonicida, a type of disease-causing bacteria," but exhibit “diminished growth rates" and “widely varied performance."

The Canadian agency's approval of GMO salmon follows the U.S. Food and Drug Administration's (FDA) approval in November 2015. In the wake of controversy over the U.S. approval, the U.S. has put in place an import ban on GMO salmon until labeling standards are established.

“Health Canada's approval is irresponsible and disappointing. But regardless of this approval, there is no market for genetically engineered salmon," Dana Perls, food and technology campaigner at Friends of the Earth U.S., said. “Consumers don't want to eat it and grocery stores won't sell it."

A large segment of the market has already rejected genetically engineered salmon. More than 60 grocery store chains (many with stores in Canada) have made commitments to not sell the GMO salmon, including Costco, Safeway, Kroger, Target, Trader Joe's, Whole Foods, Aldi and many others.

Seventy-five percent of respondents to a New York Times poll said they would not eat genetically engineered salmon and 1.8 million people sent letters to the FDA opposing approval of the so-called “frankenfish."

“Canadians could now be faced with the world's first GMO food animal, approved with no public consultation and no labeling," Lucy Sharratt, coordinator of the Canadian Biotechnology Action Network, said.

This announcement comes in the midst of a growing movement for GMO labeling at the state and federal level in the U.S.

“GM salmon production threatens the future of wild Atlantic salmon," Calinda Brown of the Ecology Action Centre said. “Retailers can protect consumers and the environment by making sure this GM fish never makes it to grocery store shelves."