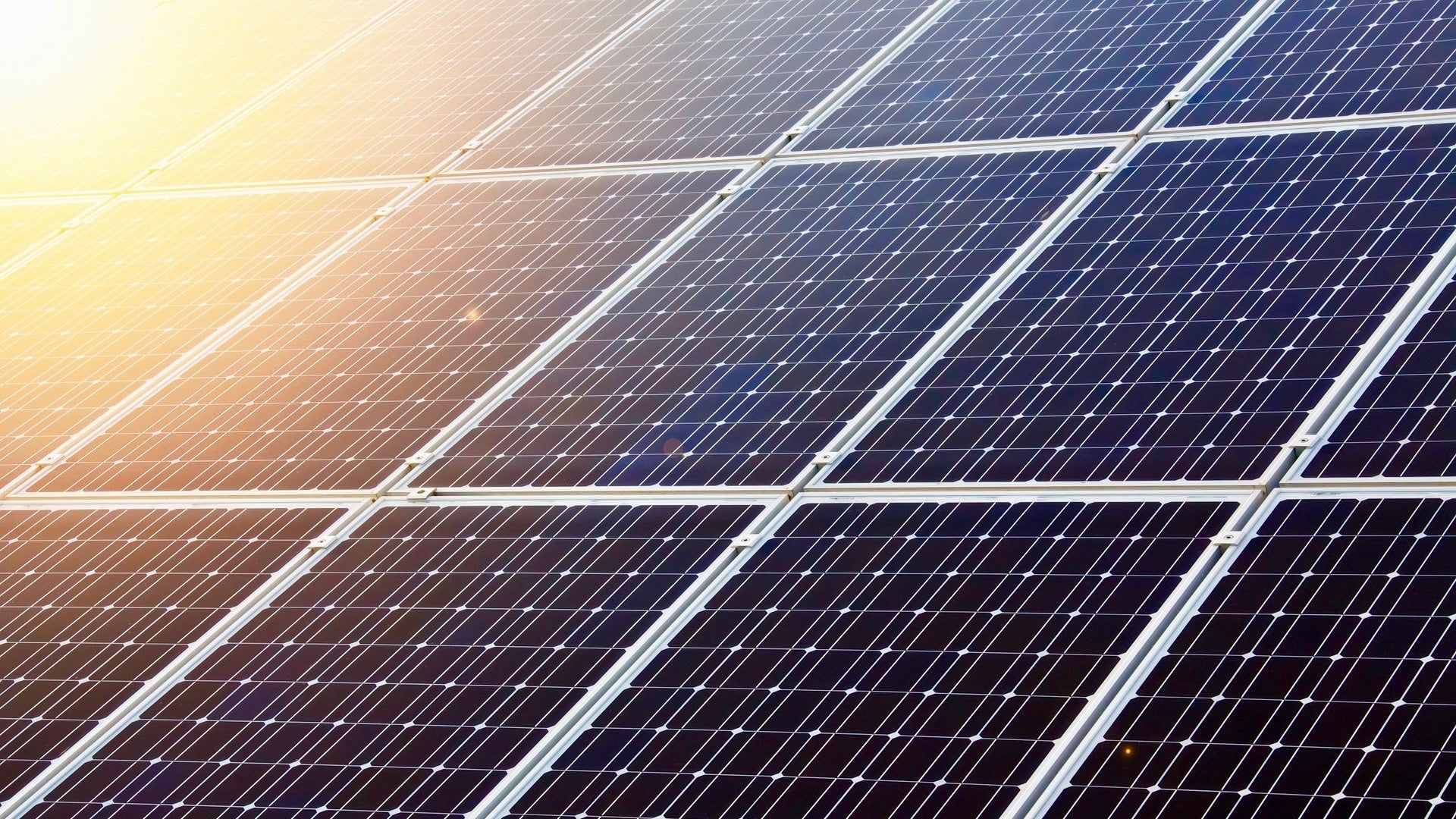 Ten years ago, two climate scientists, Mark Jacobson and Mark Delucchi, published a groundbreaking article in Scientific American outlining a road map for becoming 100 percent reliant on energy generated by water, wind and sun by 2030. This was something that needed to be done “if the world has any hope of slowing climate change,” the researchers warned at the time.

The article proved incendiary. “First of all, nobody believed it when we put out that paper in 2009,” Jacobson, a professor of civil and environmental engineering at Stanford University, told Truthout. “It was a very pie-in-the-sky thought. There was a lot of criticism of it, and the negativity around the response was enough to make anybody depressed.”

Jacobson is less depressed than he was a decade ago, despite the precarious position that climate change puts us in. Yes, Jacobson’s timeframe has been modified. “We’re shooting for this goal of 80 percent [renewables] by 2030 and 100 percent by 2050, or ideally before 2050.” That said, “I’m actually more optimistic now that it can be done because a lot of things have come together, such as lower costs of renewables like wind and solar,” as well as batteries and electric cars, he added.

Nevertheless, Jacobson’s glass-half-full predictions still face enormous political, social, financial and regulatory obstacles that make the rapid adoption of renewables daunting, to say the least. Indeed, the International Energy Agency (IEA) reported in May that investment in energy efficiency and renewables had stalled in 2018, while capital spending on oil, gas and coal supply rebounded.

“We need a serious conversation about these issues to get there,” said Sam Thernstrom, founder and CEO of the Energy Innovation Reform Project, a nonprofit advanced energy technology advocacy group based in Arlington, Virginia, about the push for 100 percent renewables. “That conversation, it’s starting to happen, but it is painfully slow and difficult.”

Where Are We Now?

Last year’s Intergovernmental Panel on Climate Change (IPCC) report spelled out the dire environmental and humanitarian consequences should the Earth warm more than 1.5 degrees Celsius (1,5°C) over pre-industrial levels. To prevent this from happening, carbon emissions must be slashed to net zero by around 2050. The IPCC report lays out a series of scenarios in which the world is kept from warming over the 1.5°C threshold. In many of the scenarios where there is little to no overshoot, renewables must make up 70 to 85 percent of electricity by 2050.

According to the IEA, however, renewables generated only 24 percent of the electricity consumed in 2017, and by 2023, they’re forecasted to meet only 30 percent of electrical demand.

What’s more, according to the IEA, electricity accounts for only a fifth of global energy consumption. The share of renewables in the transportation and heating sectors, therefore, will have to similarly expand in the next few years and decades if the worst impacts from climate change are to be avoided — a challenge complicated by anticipated global population growth. The IEA’s calculations show that even if the share of renewables in global energy demand grows as expected by one-fifth over the next five years, it still will come out at barely more than 12 percent by 2023.

“I think this transition [to renewables] will happen,” said Chris Smith, a research fellow in physical climate change at the University of Leeds, England. “The question is, will it happen fast enough? Personally, I think not. I don’t think we’re headed for 4 degrees [Celsius] of warming, but I’d be very surprised if we managed to limit it to one and a half.”

When it comes to slashing carbon emissions to zero by mid-century, there are essentially two very broadly drawn camps. On one side are those who believe that renewables can be scaled up in time to meet the world’s energy demands across the three main sectors (electricity, heating and transportation).

On the other are those who believe that renewables alone won’t cut it if the world is to achieve zero net emissions by the middle of this century. They argue that, as we’re weaned from fossil fuels, we’ll still have to rely on things like nuclear power and carbon capture and storage (CCS) to help buttress the power grid.

Looking at both sides is Mark Delucchi, co-author of the seminal Scientific American article 10 years ago, who is now a research scientist at the University of California at Berkeley. “If you’re doing a cost-benefit analysis, which is a tool that I use to evaluate these things, you want to start with as broad a collection of options as possible,” he said. “You don’t decide a priori that every conceivable option will end up in the final highest net benefit solution.”

Delucchi’s recent cost analysis of clean energy systems didn’t include options like nuclear and CCS, as it was designed to look at the cost and technical feasibility of only those options that provide the highest environmental benefits and lowest risks; i.e., those with zero emissions and no catastrophic safety concerns, like wind and solar.

So, where does the current scientific literature stand? Thernstrom co-authored a review of 30 studies and other review articles published since 2014, which found that “there is strong agreement in the recent literature” that reaching zero or near-zero carbon emissions is best achieved by harnessing a “diverse portfolio of low-carbon resources” such as nuclear, biomass, hydropower or CCS. In another literature review, none of the 24 studies purporting to model 100 percent renewable energy systems passed this feasibility test.

“We should be looking for renewables to add value to a decarbonized grid,” said Thernstrom. “That should be the goal.” One way that value could be harnessed is through improvements in energy storage — an issue that came into stark relief during the polar vortex that held the East Coast of the U.S. in its grip earlier this year. If, during that weather event, grid regions spanning New England to parts of the South had been 100 percent reliant on renewables, energy storage would have needed to increase from 11 gigawatts (as it is today) to 277.9 gigawatts for the lights to remain on, according to a report by Wood Mackenzie, an energy consultancy based in Edinburgh, Scotland.

Globally, at the moment, 94 percent of energy storage capacity is in pumped-storage hydropower. Though more reliable than some other renewable sources, pumped hydropower faces significant market, regulatory and environmental challenges. Nevertheless, Jacobson is encouraged by what he sees as advances that have already occurred, or are occurring, in other energy storage technologies. “This is a solvable problem,” he said, highlighting how prognosticators are often unable to factor in unanticipated changes in energy markets.

According to the IEA, renewables in transportation — mainly in the form of electric cars, two- and three-wheelers, and buses — have the lowest contribution of all three major sectors, with their share expected to grow from 3.4 percent in 2017 to a forecasted 3.8 percent in 2023. But there’s cause for optimism when it comes to long-distance transportation, like air travel and ships, thanks to the recent investment in hydrogen fuel cells, for example.

Forecasts look better for renewable heat consumption, which is expected to increase 20 percent over the next four years, reaching 12 percent of the heating sector demand by 2023, according to the IEA. That estimate, said Jacobson, need not be so conservative. “You don’t need batteries for heating,” he explained. Indeed, energy-efficient heat pump systems, for example, move heat rather than generate it, helping to keep houses warm in winter and cool in the summer.

Small-scale programs offer an intriguing glimpse into the possible future. The Drake Landing community in Canada heats its homes by storing solar energy underground during the summer months and tapping into this energy reserve in winter months. During the 2015-2016 heating season, the system was 100 percent self-reliant.

One remedy, for example, to the problems posed by seasonal variability would involve the expansion over a vast geographic area of new interstate transmission lines, connecting grid regions with high seasonal variability to those with less interrupted sun and wind. However, “the hard part about interstate transmission is that there is no federal body that oversees that,” explained Joshua Rhodes, a research analyst at the Webber Energy Group and the University of Texas at Austin Energy Institute. “You have a multi-body problem, and it’s hard to get everybody at the table to agree to the same thing.”

Until politicians and regulators get to that table, many experts are looking at more local solutions. Interestingly, oil-rich Texas is a case study for renewable energy success. About 15 years ago, Texas introduced a renewable energy integration program that has led to wind and solar making up 20 percent of the state’s electricity supply, comparable to California. Other regions are playing catch-up. According to the Sierra Club, at least 131 cities and nine states, districts or territories across the U.S. have committed to 100 percent renewable energy goals within a certain timeframe. Six cities have already reached those goals.

But as the latest IEA report proves, pickup overall is too slow. Climate change forecasts widely demand the adoption of renewables on a much larger and more urgent scale, which is why many experts call for broadly encompassing ideas that recognize the scale of the problem.

Declining costs for renewable energy like wind and solar give some climate scientists optimism that society can move to net-zero emissions by 2050. https://t.co/HzEiacWQbX

Daniel Ross is a journalist whose work has appeared in Truthout, the Guardian, FairWarning, Newsweek, YES! Magazine, Salon, AlterNet, Vice and a number of other publications. He is based in Los Angeles. Follow him on Twitter @1danross.