Can the EU Make a Dent in Food Waste By Nixing 'Best By' Labels? 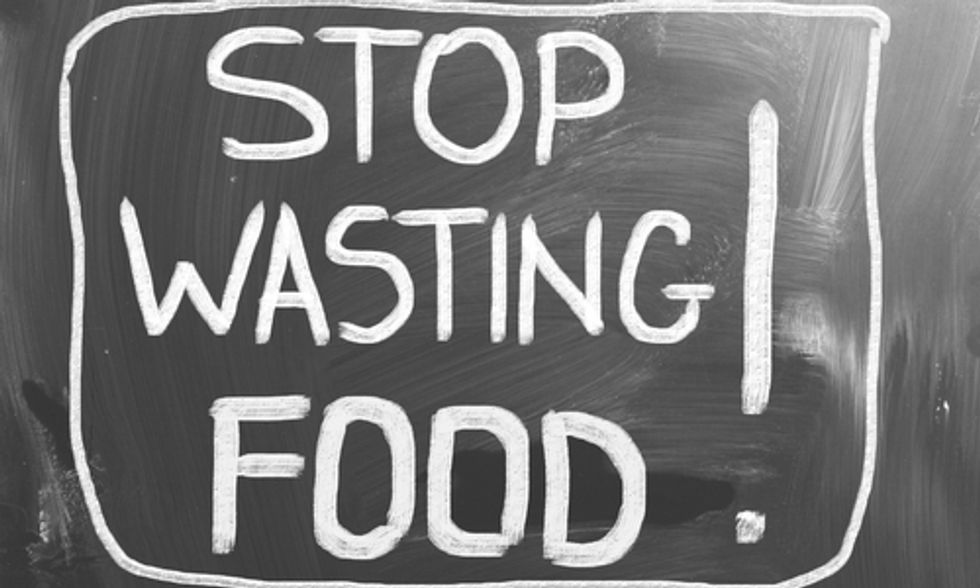 What do you do when you’re faced with food that is past its “best by” date? If you’re like many people, you’re probably conflicted. It may look and smell OK, but something about that date makes us not trust our senses. Rather than risk getting sick from spoiled food, into the trash it goes.

It turns out that your nose does know. The terms “sell by,” “use by” and “best before” are largely unregulated, vary from state to state, and have little to do with food safety. In many cases, these labels indicate when the manufacturer expects the food to be at its peak quality, not when it is unsafe to eat.

This expiration date labeling confusion is leading to mountains of food being thrown out before it’s gone bad. According to a 2013 report from the Natural Resources Defense Council (NRDC), more than 90 percent of Americans may be prematurely tossing food because of a misunderstanding of date labels. For a family of four, this could translate to several hundred dollars’ worth of perfectly edible food being thrown away every year.

Americans aren’t the only ones being misled by their food labels. The European Union has a similar system of food labeling, and a 2011 report by WRAP, a nonprofit that works to reduce food waste in the United Kingdom and other European countries, estimated that date label confusion was responsible for 20 percent of avoidable household food waste.

The message from that report was heard, and last week, the EU took a step to do something about it. A discussion paper was presented to an agriculture ministers meeting calling for lifting the requirement that foods with long shelf lives carry a “best before” label. This labeling change would affect foods like coffee, rice, dry pasta, hard cheeses, jams and pickles—and could save 15 million tons of food per year from being wasted, according to officials.

“We think citizens can make sure themselves if, for instance, rice is still usable,” said Sharon Dijksma, the Dutch agriculture minister, at the meeting in Brussels.

Here in the U.S., the NRDC called for similar action in its report The Dating Game last year. Their recommendations included:

• Making “sell by” dates, which are used by stores for stocking purposes, invisible to the consumer.

• Including “freeze by” dates and information about freezing.

• Increasing the use of safe handling instructions and “smart labels,” like time-temperature indicators.

• Removing quality-based dates from shelf-stable products, similar to what the EU is proposing.

So far, nothing as sweeping as the EU proposal has come from the NRDC’s report here in the U.S. We hope, however, that action abroad will spur more analysis and conversation here at home. In the meantime, American shoppers are left to sort through a complex assortment of labels that are not standardized and can vary from state to state—and are probably throwing away a lot of good food in the process. (The only food dating system regulated by the federal government is infant formula.)

Here is a quick guide to common date labels we come across at U.S. grocery stores, according to the U.S. Department of Agriculture:

Sell-By: Tells the store how long to display the product for sale. You should buy, cook or freeze the product before the date passes.

Best If Used By (or Before): The recommended date for best flavor or quality. It is not a purchase or safety date.

Use-By: The last date recommended for the use of the product while at peak quality. The date has been determined by the manufacturer of the product and usually refers to best quality, not safety.

Closed or coded dates: Packing numbers for use by the manufacturer.

No matter the label, food safety is very important. it’s always a good idea to practice optimal food storage and handling once you get your groceries home. If you’re not sure how to store a particular item, shelflifeadvice.com is a great resource. We also have collected some great food storage ideas on our Reducing Food Waste Pinterest board.

If Food Waste Were a Country, It Would Rank No. 3 for Greenhouse Gas Emissions