Can Organic Farming Feed the World?

By Kendra Klein and Kari Hamerschlag

Forty five years have passed since Earl Butz, then U.S. Secretary of Agriculture, asserted, “Before we go back to organic agriculture in this country, somebody must decide which 50 million Americans we are going to let starve or go hungry.” Time has proven Butz very wrong.

The weight of four decades worth of scientific evidence tells us that organic farming is critical to feeding ourselves, now and into the future, as a new report by Friends of the Earth explains. Not only can organic farming yield enough to feed a growing population, it helps to protect and regenerate the ecological basis of food production: the water and soil that provide us with nourishment, the pollinators that are responsible for one in three bites of food we eat and the ecosystems that sustain all of life.

Industrial agriculture, on which Butz bet his chips, is a losing gamble and not a small one. Environmental harm caused by industrial farming costs the world $3 trillion each year according to the United Nations Food and Agriculture Organization. Evidence of industrial agriculture’s destructive path is everywhere. From soil erosion and depletion of water resourcesto oceanic “dead zones” associated with synthetic fertilizer run-off and generation of major greenhouse gas emissions. Rather than feeding the world sustainably into the future, the industrial food system is cutting off the branch we’re sitting on. 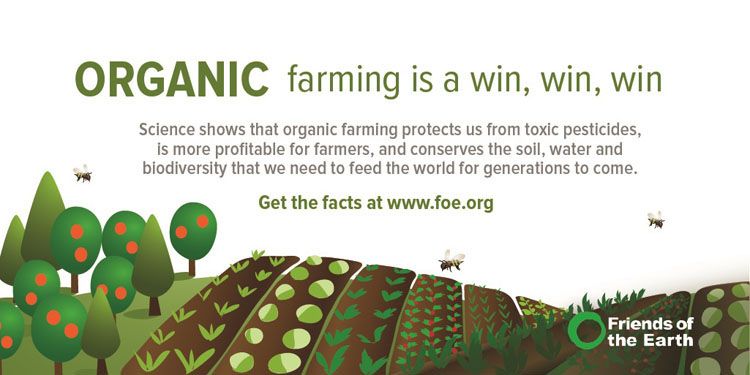 Along with environmental benefits, organic also outperforms industrial agriculture on measures of economic stability and well-being. Organic farming systems are more profitablefor farmers and boost local economies. One study found that in U.S. counties with high levels of organic production, median household incomes are higher and poverty levels are reduced. Importantly, organic farming protects the health of consumers, farmers, farmworkers and rural communities by eliminating the use of highly toxic pesticides.

A series of expert consensus reports over the past decade affirm this evidence and make it clear that ecological approaches to farming are fundamental to feeding all people, now and into the future. So why is Earl Butz’ opinion still so prevalent?

Agrichemical companies and their allies spend tens of millions of dollars to spread misleading messages about the safety and necessity of chemical-intensive industrial agriculture, as Friends of the Earth’s Spinning Food report details. These myths—along with a political process captured by corporate interests—bolsters a system that delivers billions of dollars a year in profits to agribusinesses from costly inputs—including pesticides, synthetic fertilizers,antibiotics, growth hormones and genetically engineered seeds. 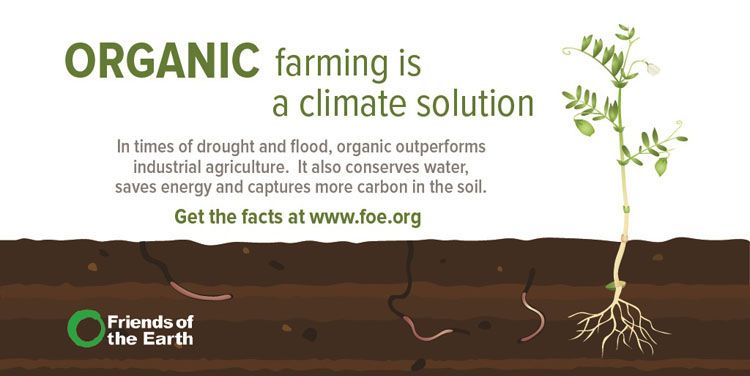 It’s time to change the conversation. Across the country, demand for organic food isskyrocketing, the number of organic farmers in the U.S. has increased by nearly 300 percentsince 2002, concern about agricultural chemicals is mounting and the need to create resilient farming systems in the face of climate change is more pressing than ever.

It’s also time to change our policies. Less than two percent of U.S. public agricultural research dollars go to organic and biologically diversified farming and less than one percent of total U.S. cropland is certified organic. Retailers and manufacturers are increasingly looking to foreign producers to satisfy Americans’ demand for organic food. The U.S. accounts for 44 percent of the global organic market but just five percent of global land under organic production. Organic is now a $43.3 billion market in the U.S.—we need policies that help our farmers meet that demand.

The opportunity to create fundamental shifts toward a more just and sustainable food system is here. To feed ourselves while confronting the environmental challenges that threaten our future food security—including climate change, soil erosion, water scarcity and loss of biodiversity—we need policies, incentives and public investments that promote diversified organic farming and improved conservation practices on all farms.

Friends of the Earth and our allies are helping to lead a groundswell of citizen, consumer and farmer action focused on building a sustainable, healthy and equitable food system for all. Please join us!

Greenpeace to Nobel Laureates: It’s Not Our Fault Golden Rice Has ‘Failed as a Solution’