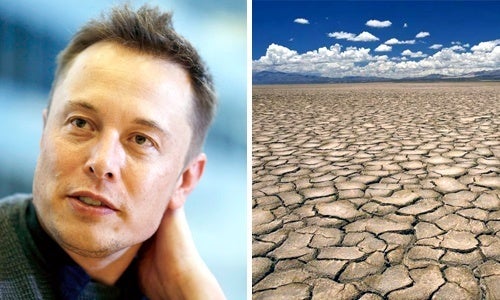 Last week was startling—but confusing—on the energy/water nexus innovation front. On energy, Gov. Jerry Brown moved forward boldly, committing his state to cut its greenhouse gas pollution by 40 percent by 2030, declaring, “I’ve set a very high bar, but it’s a bar we must meet … It’s a bar not only for California, but it’s a goal for other states, for the United States as a whole and for nations around the world. California is now setting the pace and we’re very serious about it.” 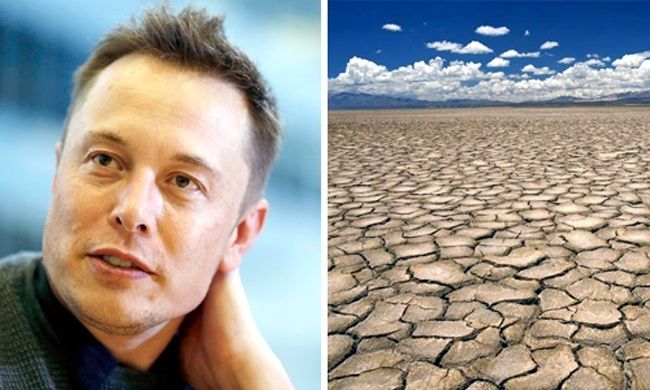 Musk’s secret sauce seems to be his concept of reasoning from “first principles”: electric vehicles are simply, in an engineering sense, better than internal combustion engines; electrons generated from sunlight on a roof are more useful than those wheeled in hundreds of miles from the desert; the right way to think about battery costs was to add up the raw materials.

Brown’s creation of the strongest greenhouse goal to date outside the European Union was immediately trashed by the oil industry, which huffed, “What do you do, take 23 million cars” (now driving on California roads) “and cut that in half?” The California legislature’s response was to move forward legislation that would require the state to reduce its reliance on oil by 50 percent—by providing alternative, lower carbon fuels and vehicles, rather than reducing the state’s fleet.

Meanwhile, President Obama’s considerably more restrained climate commitments at the federal level were being put through the legislative meat-grinder by House Republicans, who moved legislation through committee that would prevent Obama from sourcing federal power from clean energy sources, (under rules enacted by Congress under George Bush!) and also prevent the Department of Energy from modernizing performance and efficiency standards for gas furnaces. House Republicans also decided, in passing the 2016 energy appropriations bill that they would insist once again that inefficient, wasteful incandescent light bulbs continue to be produced and sold in the U.S. In response, the Center for American Progress called on the Department of Energy to move ahead with its standards for the high performance, “net zero” buildings of the future. Obama signaled that he would veto legislation which rolled back his—or George Bush’s—clean energy commitments.

Meanwhile global business leaders—ranging from Schneider Electric to Unilever and the International Chamber of Commerce—teed up an ambitious joint platform of climate solutions requiring carbon pricing for presentation to the Paris Climate Summit in December. So the Republican Party, (the historic party of business), steams backwards on energy innovation and climate at the same moment that business races ahead?

But the confusion on where various parties stand on innovation and change is not confined to the right side of the spectrum. California Gov. Brown—yes, the same Governor—abandoned a 20 year effort to link ecosystem restoration in California’s Sacramento Delta with the construction of a set of controversial and exorbitantly expensive tunnels. Instead of requiring big water users to pay for the damage they have done to natural river systems by financing an $8 billion restoration of 100,000 acres of critical habitat, the state now proposes to protect only 30,000 acres—at $300 million in public, not big water user, expense. Brown called in the federal government to support him, and claimed that he was simply being practical. But the immediate response was to reopen the state’s historic north-south water feud and raise enormous questions about whether Brown’s water solution—massive tunnels—was viable at all, with key voices who had remained on the sidelines weighing in to oppose the Governor.

(Ironically one reason Brown couldn’t finance environmental restoration as part of the tunnel package was that he couldn’t offer water users 50 year delivery contracts—because climate change has made future precipitation so uncertain that the state can no longer fund water infrastructure with long term delivery commitments. So it’s not clear that water users will even fund the tunnels minus restoration).

Ironically, much stronger ideas to solve California’s quite real water crisis have been proposed from the libertarian right, with Reason magazine’s Ronald Bailey recently suggesting a nice, tidy and highly promising package:

First, allow water banking. Under current regulations, holders of water rights cannot pump and store water underground during wet years that such entrepreneurs could make up shortfalls by selling later during dry years.

Second, streamline water transfer approvals. Every transfer transaction must now be lengthily evaluated every year by regulators, even though the new transactions are largely the same as the already-approved old transactions.

Brown’s tunnels—unlike his climate policy—are rooted in the water politics and realities of the 1960’s, when his father, Gov. Pat Brown, first tried to make Northern California’s seemingly (then) abundant supply available to urbanize the drier south by building massive ditches. Brown himself was defeated in his first Gubernatorial era when he tried to build a “Peripheral Canal” to achieve this goal.

So both right and left, Republicans and Democrats, cannot seem to make up their mind whether they favor the past or the future. (Mind you, the future will arrive whichever side we are on. California’s has promised, roughly, five times as much water as it has to deliver—the books will eventually balance. Clean energy is both safer and cheaper than fossil fuels as a pathway for the 21st. century. But getting to the future can be considerably more painful when we hold on to yesterday).

Which is a somewhat dismal thought. So let me conclude with Elon Musk. After building both the most successful electric car (Tesla) and the most promising distributed energy franchise (SolarCity) Musk last week turned to energy storage. He announced that production from  his massive Giga factory in Nevada—which promises to drastically slash the costs of lithium ion batteries—won’t just be plunked into cars, but would also be made available to home owners as a means to store their excess rooftop solar electrons for use in, say, in the evening, increase the power reliability and let them draw from the grid when rates are low. Tesla’s “PowerWall” battery will be available in either 7 or 10 kWh storage size for home use. America’s grid is already so unreliable that 20 percent of the nation’s electrical usage is backed up by diesel generators or other standby systems.

So having built a successfully business (Paypal) getting rid of paper checks, and another (Space X) slashing rocket costs, plus Tesla and SolarCity, Musk is poised to disrupt the concept that electrons cannot be economically stored at scale.

And he’s not ambivalent—he’s looking forward, not holding on to the past. Musk’s secret sauce seems to be his concept of reasoning from “first principles”: electric vehicles are simply, in an engineering sense, better than internal combustion engines; electrons generated from sunlight on a roof are more useful than those wheeled in hundreds of miles from the desert; the right way to think about battery costs was to add up the raw materials. Musk counter-poses this approach to “thinking from analogy,” what everyone else is doing. Analogy takes the House Republicans to the idea that since we have always used incandescent bulbs we should keep on; but also suggests to Jerry Brown that the 21st century solution to California’s water crisis is to complete his father’s 1960’s vision of big ditches and pipes.