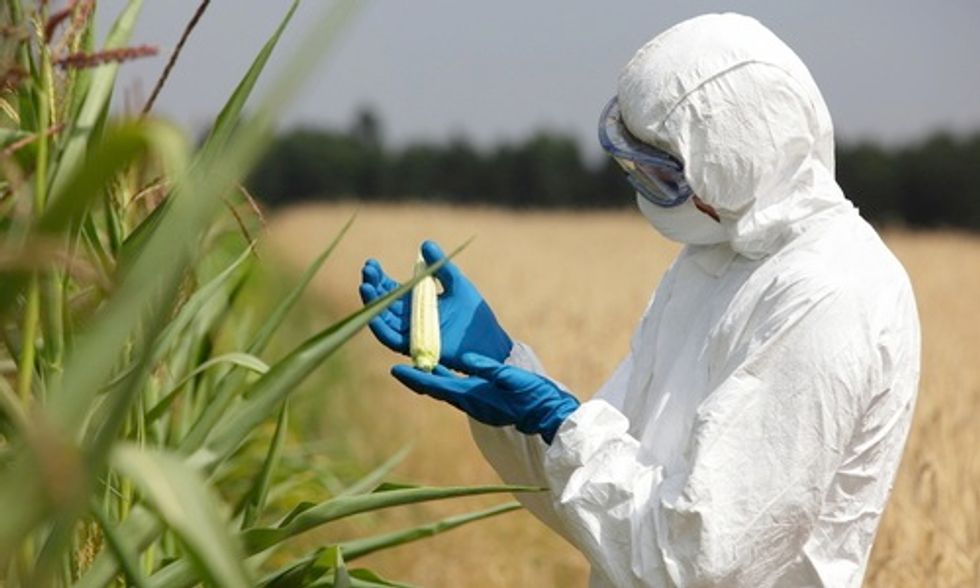 A new report links genetically modified organisms (GMOs) with gluten-related disorders and suggests GMOs might be an important environmental trigger for gluten sensitivity, estimated to affect as many as 18 million Americans.

Although wheat has been hybridized over the years, it is not a GMO, which can only be created by a laboratory process that inserts genetic material into plant DNA. Nine GMO food crops currently are being grown for commercial use: soy, corn, cotton (oil), canola (oil), sugar from sugar beets, zucchini, yellow squash, Hawaiian papaya and alfalfa. In the U.S., GMOs are in as much as 80 percent of conventional processed food, says the Non-GMO Project.

Most GMOs are engineered to tolerate a weed killer called glyphosate and sold under the brand name Roundup. The crops contain high levels of this toxin at harvest. Corn and cotton varieties also are engineered to produce an insecticide called Bt-toxin. The report focuses primarily on the effects of these two toxins.

Bt-toxin in corn is designed to puncture holes in insect cells, but studies show it does the same in human cells, IRT executive director Jeffrey Smith said in the release. Smith said Bt-toxin may be linked to leaky gut, which physicians consistently see in gluten-sensitive patients.

Dr. Emily Linder offered support for the report's findings. When she removed GMOs as part of the treatment for her patients with gluten sensitivity, she finds her patients recover faster and more completely.

"I believe that GMOs in our diet contribute to the rise in gluten-sensitivity in the U.S. population,” Linder said in the release.

The markets for both gluten-free products and non-GMO products are expanding. Gluten-free sales are expected to exceed $5 billion by 2015 and Non-GMO Project Verified sales went from $0 to more than $3.5 billion in the last three years.