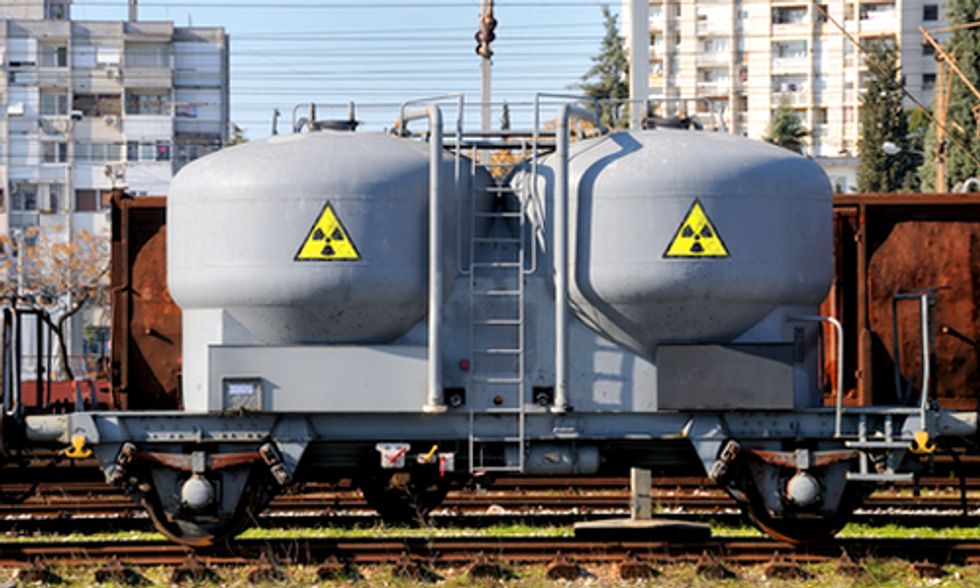 U.S. scientists are proposing that the source of one controversial energy program could provide a solution to the problems of another. Nuclear waste—that embarrassing by-product of two generations of uranium-fueled power stations—could be stored indefinitely in the shale rock that right now provides a highly contentious source of natural gas for utility companies.

An estimated 77,000 tons of spent nuclear fuel is stored in temporary, above-ground facilities. For decades, governments, anti-nuclear campaigners and nuclear generating companies have all agreed that such a solution is unsafe in the long-term, and unsatisfactory even in the short term.

Nuclear fuel remains hazardous for tens of thousands of years. Everyone would like to see it safely tucked out of harm’s way. But for decades, there has been disagreement and uncertainty about what might constitute long-term safety.

But Chris Neuzil of the U.S. Geological Survey told the American Chemical Society annual meeting in Dallas, TX, that the unique properties of the sedimentary rock and clay-rich strata that make up the shale beds could be ideal.

France, Switzerland and Belgium already planned to use shale repositories as a long-term home. For decades, U.S. authorities planned to bury American waste under Yucca Mountain in Nevada, but abandoned the scheme in 2009.

For more than 60 years, miners and oil and gas companies have used controversial fracking or hydraulic fracture techniques to create flow channels to release oil and gas trapped in rock, and the approach has been amplified in the search for otherwise inaccessible natural gas or methane trapped underground.

But fracking is necessary because shale rock is impermeable—hardly any water normally flows through shale beds—and this impermeability may actually make the rock perfect for long-term nuclear waste storage.

Many shale formations are the product of very high pressures over many millions of years. Shale fractures may show up where roads cut through a hillside, but conditions deep underground are quite possibly much safer. Experiments have shown that water moves through the rocks only very slowly, if at all.

“Years ago I would probably have told you shales below the surface were also fractured,” said Neuzil, who is examining a shale site in Ontario for the Canadian Nuclear Waste Management Organization. “But we are seeing that that is not necessarily true.”

However, one criterion for a safe burial site would have to be the absence of oil or natural gas or anything else that might attract the interest of a future generation of hydraulic fracture engineers.