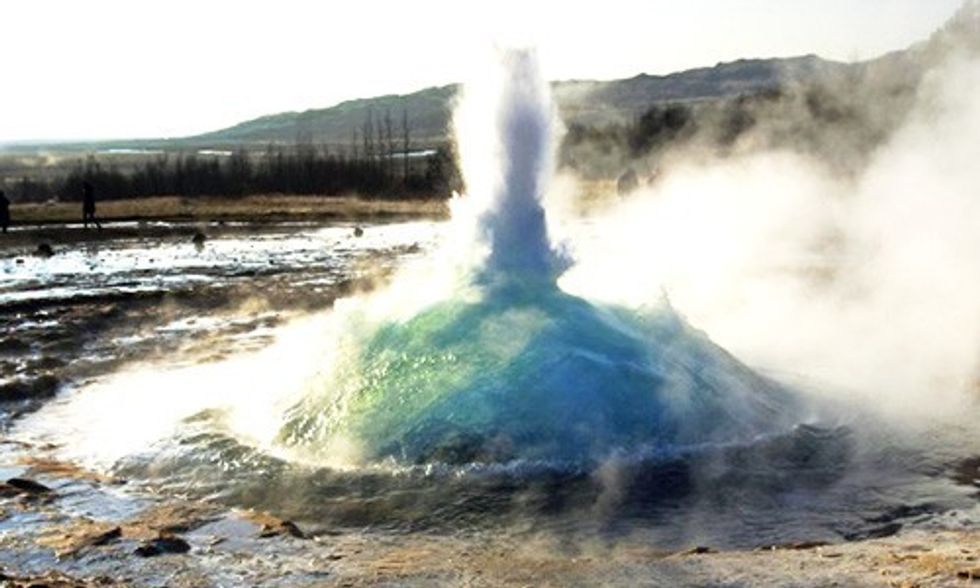 An ambitious project is being launched to drill deep into the Earth’s crust to harness super-heated “dragon water” that would generate massive quantities of renewable energy.

Unlike traditional geothermal heat, which exploits hot rocks to produce steam for turbines, this project goes far deeper—to where the pressure and temperature are huge but the potential benefits are 10 times as great.

There is an infinite amount of energy beneath the Earth’s crust. The problem is the technology to harness it.

The European Union (EU) believes that deep drilling techniques developed by the oil industry can be adapted to extract the energy. It has earmarked €15.6 million (about $17 million) for a project in which potentially the world’s most energy-rich geothermal well will be drilled at Larderello in Tuscany, Italy.

The technical challenges are formidable because of the intense heat and pressure that will turn steel brittle and wreck electrical equipment, so the plan is to develop engineering tools that can withstand the conditions.

Iceland, which already exploits traditional geothermal energy successfully, has tried and failed to harness super-heated rock. But it has not given up, and a second attempt is being planned.

The EU believes using oil company expertise in drilling deep wells will be the key to success.

At a depth of between two to three kilometers, the conditions change dramatically and the drillers will encounter what has been called “dragon water.” No one has previously managed to control the forces unleashed in a well under such extreme high temperature and pressure conditions.

"One of the major uncertainties is the presence of what we call supercritical fluids.

At depths of two to three kilometers in the Earth’s interior, ambient physical conditions change dramatically. Something very special happens when temperatures reach 374 degrees and the pressure 218 times the air pressure at the surface. We encounter what we call supercritical water.

It isn’t a liquid, and nor is it steam. It occurs in a physical form incorporating both phases, and this means that it takes on entirely new properties. Supercritical water behaves like a powerful acid, and will attack anything—including electronics and drilling equipment. In a TV fantasy series, it would probably be called ‘dragon water.’”

But the dragon water has major advantages too, Nybø says. The fluid can transport from depths up to 10 times more energy than normal water and steam can achieve in a standard geothermal well. It also flows more easily through rock fractures and pores.

If researchers can succeed in controlling the forces involved, without the technology breaking down, then a new and vast source of energy can be tapped anywhere in the world.

Another potential advantage is that supercritical water can also transport valuable minerals to the surface in solution. This could provide potential incidental revenues. “The dragon of the deep may thus help us open a real treasure trove,” Nybø says.

The depths to which engineers have to drill to achieve the desired temperatures will vary from country to country, due to variations in the thickness of the Earth’s crust and the geothermal gradient.

Geothermal energy is being developed across the world and has huge potential in every continent. Countries currently leading the way in the generation of electricity from geothermal sources are the U.S., the Philippines, Mexico, Indonesia and Italy.