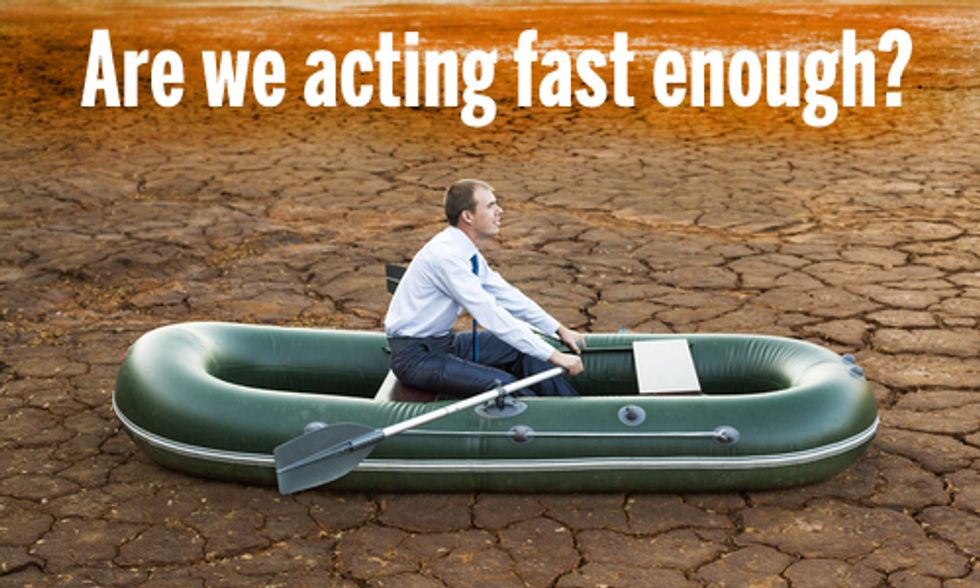 If a city’s water supply is threatened by climate change, should that city enact a strong climate action plan? I believe the answer is yes, but few cities throughout the Colorado River basin are moving forward aggressively to address climate change even though the threat is increasing every year.

The Southwest U.S. has much to lose as climate change continues its grip and escalates across the basin.
Photo credit: Shutterstock

Two of the largest reservoirs in the U.S.—Lakes Mead and Powell along the Colorado River—continue to lose water and are now less than half full with no prediction that the trend will change direction. The U.S. Bureau of Reclamation, which manages the reservoirs, and many scientific studies by independent researchers have reached the same conclusion: human overuse of the river and the likely impacts of climate change could have a profound negative impact on the amount of water flowing down the Colorado River and its ability to supply water for 40 million people.

A recent newspaper article discussing this issue was titled, “Climate change or just bad luck?” In the last 15 years, about 20 percent less water has flowed in the river compared to the 40 years prior. This river flow, which comes from snow falling in the Rocky Mountains in Colorado, Utah and Wyoming, is at historic lows already. Climate change is predicted to lower the snow and river flows by 8.5 percent or more. A recent study by the National Oceanographic and Atmospheric Administration used the term “megadrought” to describe what could be coming for the Colorado River basin if climate change is not abated.

In this quagmire, several cities in the Southwest U.S. that use water out of the Colorado River are enacting “Climate Action Plans” to reduce their carbon emissions. A few of those plans are highly ambitious and propose to reduce carbon emissions to zero. Several others have less lofty goals but are moving in the right direction. Here’s a quick summary of some of the cities’ plans in the seven Colorado River basin states:

In addition to these cities, a number of cities across the basin and especially in Southern California signed on to the MCPA goal for a 7 percent reduction by 2012.

The Southwest U.S. has much to lose as climate change continues its grip and escalates across the basin. The list above is a cursory summary—local groups and governments likely have far more detail—but this post should help begin a broader discussion about the role cities can play in the climate-water nexus across the Colorado River basin. If “megadrought” is on the horizon, the leadership in cities like Boulder, Fort Collins and San Diego show that a “mega-response” is the smart path forward.

Gary Wockner, PhD, is executive director of the Save The Colorado River Campaign. Contact [email protected].