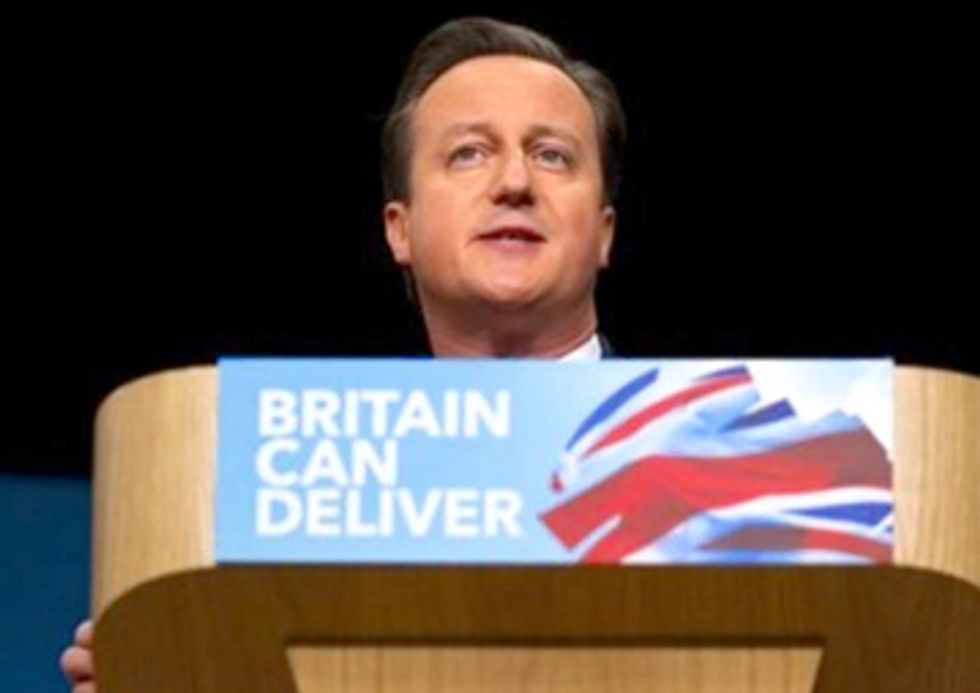 Shale gas has become a national talking point in recent weeks. The media debate has hit overdrive, with strong rhetoric occasionally displacing the facts. And now the UK Prime Minister (PM) has got in on the act—throwing his weight behind the creation of a UK shale gas industry.

Writing in the Sunday Telegraph, David Cameron is optimistic that exploiting shale gas can bring energy prices down, create jobs and help communities. He says that for those reasons, the UK "cannot afford to miss out on fracking." Evidence suggests the prime minister's optimistic claims should come with some caveats, however.

Research suggests shale gas may not affect bills until the 2020s, however. The London School of Economics's Grantham Institute and the Oxford Institute of Energy Studies, conclude this is because shale gas won't be competitive with gas imports for another decade. The government's own analysis suggests gas could cost about 10 pence per therm more in the 2020s than it does today.

One report appears to back up the PM's claim, but only if shale gas production progresses quickly in other parts of the world.

It claims gas prices could go down if the U.S.'s shale gas boom continues, China exploits its reserves in a big way and a European shale gas industry—including in the UK—takes off. That could allow the UK to import gas more cheaply, potentially reducing bills.

So if shale gas production is going to reduce household bills, it needs to develop across the globe—not just in the UK. Even then, imports are likely to have a greater effect on prices than increasing the UK's domestic supply.

The prime minister claims developing a UK shale gas industry could create 74,000 jobs. But the number of jobs depends on how much shale gas there is, and how easy it is toextract.

The figure comes from an Institute of Directors report. But environmental campaign group, Greenpeace, has called the estimate "wildly optimistic" as it is based on figures from North Sea and US oil and gas production, which it describes as a "completely different" industry.

It's also questionable whether the UK currently has enough skilled workers to take the jobs. A survey by recruitment website, oilandgaspeople.com, found that 44 percent of respondents believe recruiters and companies will have to pay higher wages to hire qualified overseas staff to meet a sudden growth in demand.

So the number of jobs the industry can create will depend on how quickly it develops, and whether there are people with the skills to take them, which is hard to predict at this early stage.

Cameron hopes the community benefit package offered by industry to residents willing to host wells will be enough to stymie public opposition to fracking. The Department of Energy and Climate Change (DECC) recently announced that communities will get £100,000 for every well they host, alongside one percent of the well's revenue if gas is extracted.

The industry needs to drill exploratory wells before it can properly estimate how significant the UK's shale gas industry might be. But as the Balcombe protests show, not everyone is happy to have a frack pad in their community.

And paying off communities may not be the best approach, according to research by Geoff Wood, from the University of Dundee's Centre for Energy, Petroleum, and Mineral Law and Policy. Wood argues that communities need to be involved throughout the planning process if the government wants to prevent them obstructing projects later.

Only time will tell if the current scheme will be enough to encourage communities to sign on the dotted line—recent evidence suggests it might not.

A key cause for concern is the impact fracking might have on the local environment. Shale gas is extracted by firing water at chemicals at high pressure into shale rock, cracking it and releasing the gas. This has led to—sometimes overstated—claims that fracking can stimulate earthquakes and pollute local water sources.

The prime minister says the risks are minimal as "the regulatory system in this country is the most stringent in the world". Nonetheless, the UK's shale gas regulation is still being formulated, and the Environment Agency is yet to finalize the rules for the commercial exploitation.

There are risks involved in any form of energy production. Once the fracking rules are in place, expect a heated debate over whether or not they are sufficient to protect against the worst impacts.

Shale gas is likely to play a role in the UK's future energy mix, but the government and media are getting ahead of industry development. At the moment, Cameron's claims make fracking seem a little too free and easy—time will tell if the Prime Minister's optimism is justified.