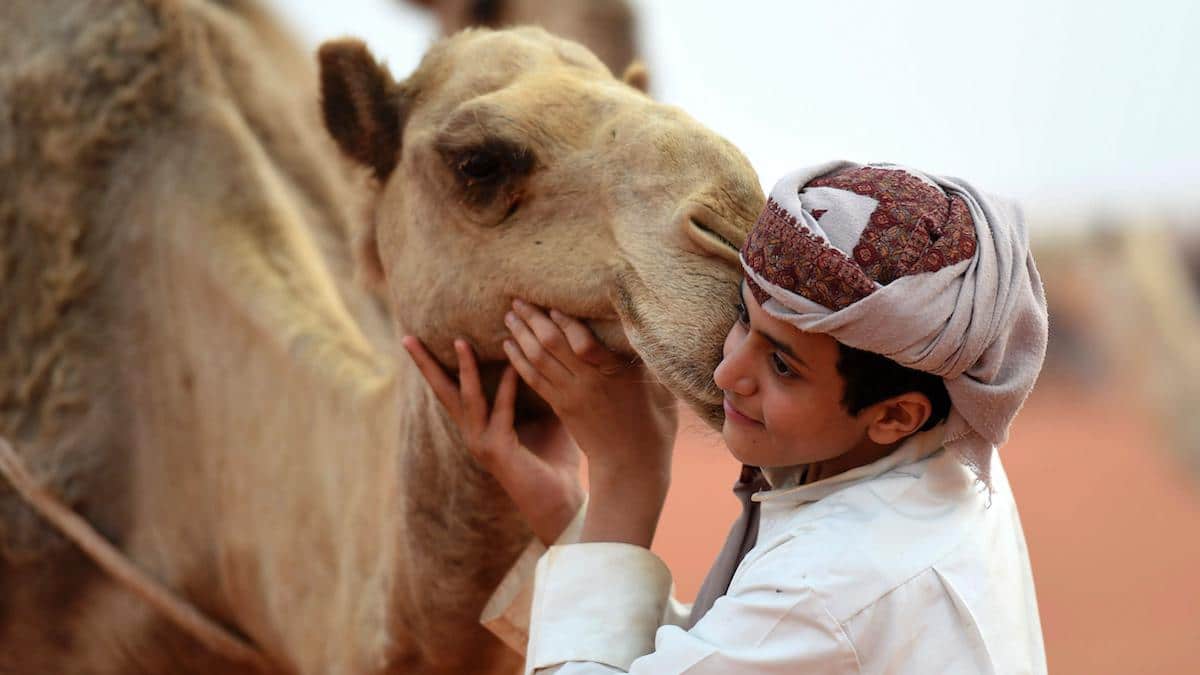 A Saudi boy poses with a camel at the annual King Abdulaziz Camel Festival in Saudi Arabia in 2017. FAYEZ NURELDINE / AFP via Getty Images

More than 40 camels have been disqualified from the popular beauty pageant of the King Abdulaziz Camel Festival in Saudi Arabia after judges found that the camels’ appearances were altered with fillers, injections (like Botox) and facelifts, among other artificial enhancements.

The camel beauty contest is serious business, with around $66 million in prize money up for grabs for the camels judged to be the most attractive. But any artificial enhancements, including injections or facelifts, are prohibited. Instead, the winner is chosen based on the natural shape of their head, humps, neck and posture as well as their dress. Generally, the judges look for delicate ears, long, leathery lips and large noses when determining a camel’s beauty.

This year, judges used advanced technology to detect artificially enhanced camels, and they found that several breeders injected botulinum toxin, often known by the trademarked name Botox, into the lips and heads of camels to make them look larger. Additional enhancements included growth hormones for bigger muscles and fillers for a more relaxed facial appearance. Some breeders also used rubber bands to inflate the camels’ body parts. In past festivals, breeders have even covered camels in oil to darken their coats.

“The club is keen to halt all acts of tampering and deception in the beautification of camels,” a report from the state-run Saudi Press Agency said. The agency also noted that the beauty contest organizers would “impose strict penalties on manipulators.”

This isn’t the first time contestants have been disqualified for cosmetic alterations. In 2018, 12 camels were disqualified after breeders injected fillers into their lips. But this year’s crackdown is the biggest so far in the festival’s history, which launched in 2000.

“They start to pull the lips of the camel, they pull it by hand like this every day to make it longer,” Ali Obaid, a camel owner and pageant guide from Madinat Zayed, told The National, a United Arab Emirates newspaper, during the 2018 scandal. “Secondly, they use hormones to make it more muscular and Botox makes the head bigger and bigger. Everyone wants to be a winner.”

Although the camels found with alterations can be banned for the next five festivals, the breeders may still enter other camels. Some festival-goers want fines and stricter enforcement as more and more people enter the camel beauty contest.

The month-long festival, held northeast of the capital Riyadh, is meant to honor the camel’s role in the kingdom’s Bedouin tradition and heritage, as reported by Huffington Post. The beauty contest is one of the biggest draws of the festival, which also has camel races, sales and other camel-related events.

There are many similar festivals and camel beauty contests throughout the country, as camel breeding is a highly profitable industry.