Cambodia to Return 1,700 Tons of Plastic Waste to U.S., Canada 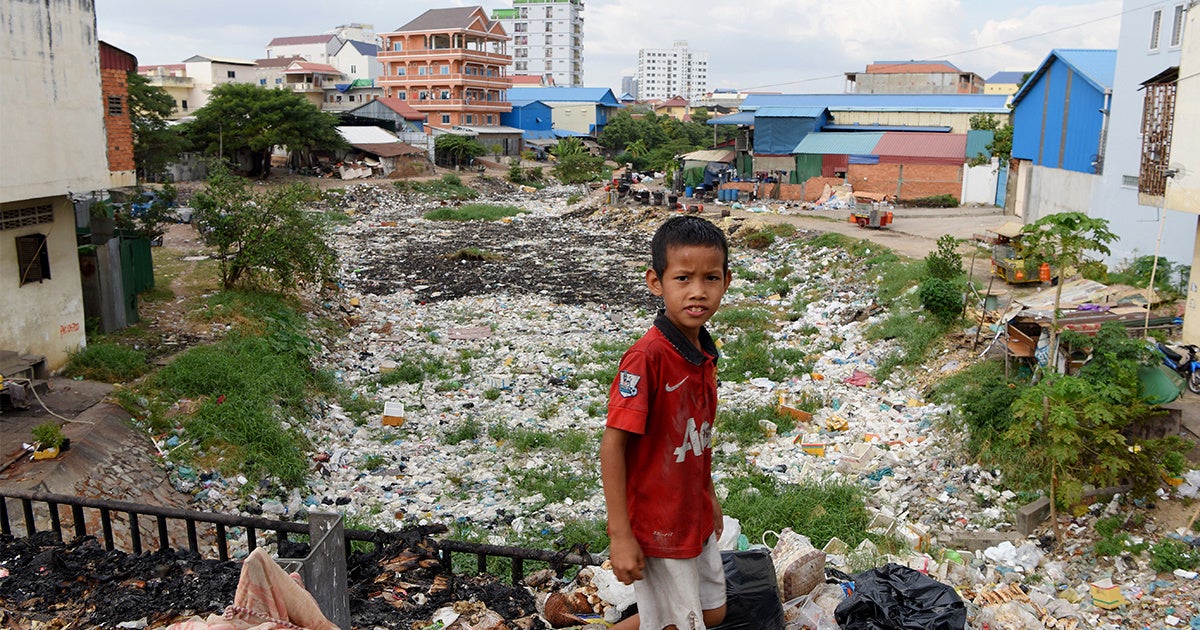 A boy walks past a plastic-choked canal in in Phnom Penh, Cambodia on Jan. 17, 2019. TANG CHHIN SOTHY / AFP / Getty Images

Cambodia is the latest Asian country to reject the wealthy world’s plastic waste.

Government officials said Wednesday that they would send 1,600 tonnes (approximately 1,764 tons) of waste back to the U.S. and Canada after the trash was discovered in 83 containers Tuesday in the country’s port of Sihanoukville, CNN reported.

“Cambodia is not a dustbin where foreign countries can dispose of out-of-date e-waste, and the government also opposes any import of plastic waste and lubricants to be recycled in this country,” said Neth Pheaktra, secretary of state and spokesman of the Ministry of Environment, as CNN reported.

In addition to returning the waste, Cambodia is also investigating how the containers, which were misleadingly labeled as “recyclable products,” ended up there in the first place. The companies behind the shipment could face fines if found out.

Seventy of the containers came from the U.S. and 13 from Canada, Pheaktra said, as The Guardian reported.

The waste arrived a week after Prime Minister Hun Sen announced that Cambodia prohibits the import of plastic or other recyclable material.

Cambodia’s decision follows similar moves by Asian countries in recent months, who have gotten fed up with the influx of foreign waste after China banned imports in 2018.

Malaysia vowed in May to return 3,300 tons of waste shipped from countries including the U.S., UK, Australia and Canada. The Philippines, meanwhile, recalled its ambassador to Ottawa after Canada missed a May 15 deadline to take back tons of rubbish. Canada later agreed to pay for its return by the end of June.

Also in May, more than 180 countries amended the Basel Convention on the Control of Transboundary Movements of Hazardous Waste and their Disposal to include plastic pollution. The legally binding agreement stipulated that any importing country can choose to accept or decline more plastic. The U.S. was one of the few countries that did not sign the agreement, but it is a major contributor to the problem. A report released in early July found that the U.S. produces more garbage and recycles less of it compared to other developed countries, The Guardian reported. With four percent of the population, it produces 12 percent of the world’s municipal solid waste.