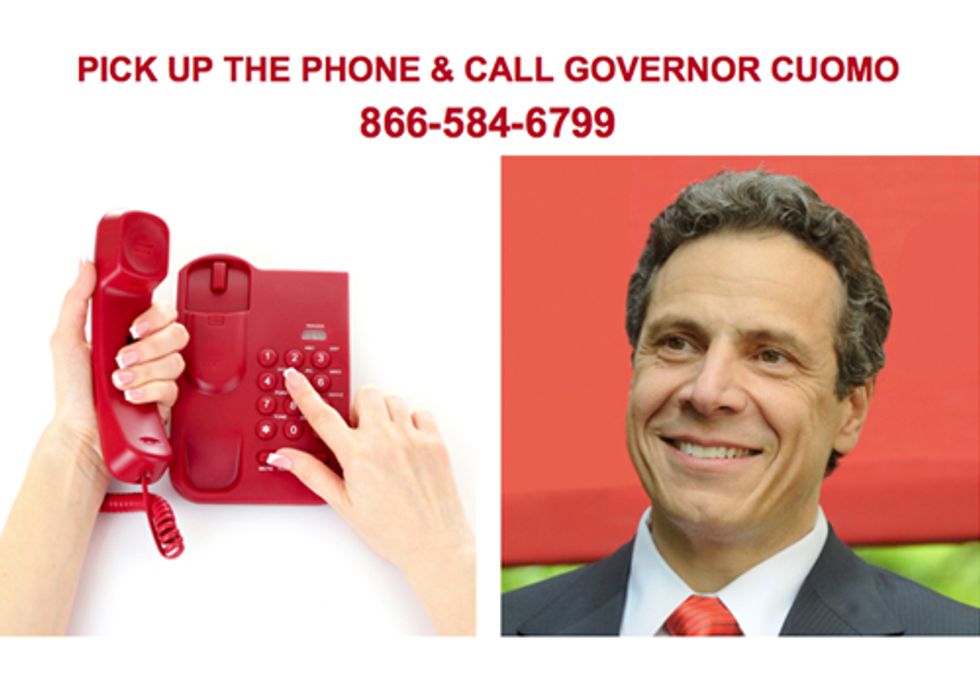 “Governor Cuomo recently said that his health and environmental commissioners might make a decision on fracking before the science is in," said David Braun from New Yorkers Against Fracking. “We hope that he will wait for the science and listen to the majority of New Yorkers who are concerned about the health and environmental problems that come with fracking rather than global energy behemoths that are spending millions of dollars trying to open New York up to fracking. We areconfident that a real independent health impact assessment will show that fracking cannot be done safely."

While recent polls show increased opposition to fracking in New York, the oil and gas industry continues to pump millions of dollars into pro-fracking lobbying and campaign contributions. A recent report by the NYS Joint Commission on Public Ethics (the state entity responsible for regulating lobbying) showed that ExxonMobil was the second-highest spending special interest in 2012, spending $2 million lobbying on fracking.

“Riverkeeper has joined forces with fellow environmental groups, activists, elected officials and health professionals to put the focus on the question of whether to move forward with fracking where it belongs: how it will affect our health," said Paul Gallay of Riverkeeper. “We need the voices of tens of thousands of New Yorkers who feel the same way to tell Governor Cuomo to wait for critical health study results before making a decision that could significantly impact the health of so many communities across the state."

"Residents across the Southern Tier are calling Governor Cuomo to tell him not to make any New Yorkers the lab mice in an uncontrolled human fracking experiment," said Sue Rapp, Vestal resident of Save The Southern Tier. “Between carcinogenic diesel emissions, toxic air pollutants, water contamination, and community degradation, Governor Cuomo must say no to fracking."

"The potential health impacts of fracking are far too great to gamble with our health," said Dr. Larysa Dyrszka, a pediatrician for over 20 years and a co-founder of Concerned Health Professionals of NY. “Governor Cuomo must listen to New York's medical experts and scientists who are unified in calling on him to wait for crucial health studies to be done before making a decision."

A full list of groups signing on the effort can be found at www.CallCuomo.com.