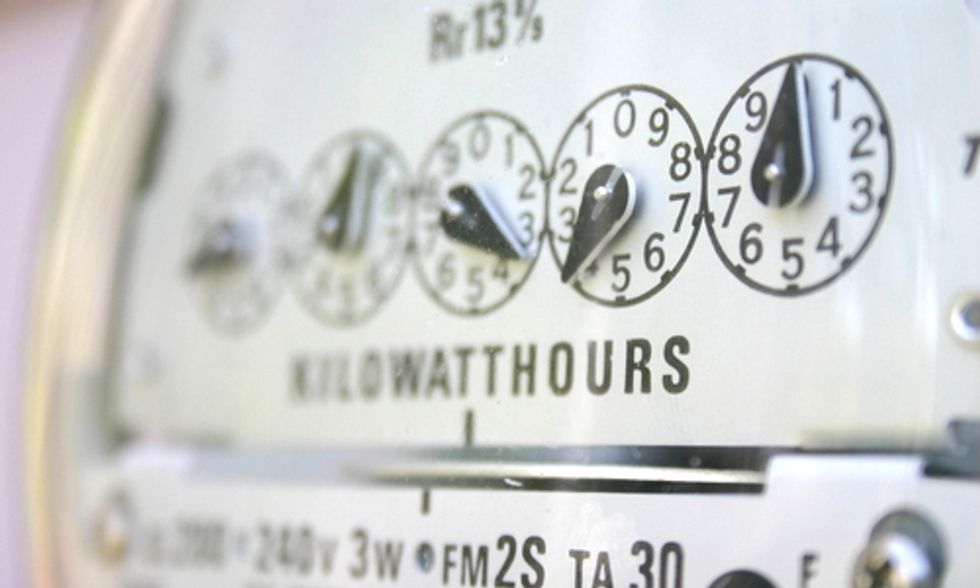 California residents and small businesses will save on their April electricity bills thanks to the state’s comprehensive strategy to combat climate change under its groundbreaking Global Warming Solutions Act (AB 32). Since its 2006 passage, AB 32 has reduced carbon pollution and the public health impacts of burning fossil fuels while solidifying California’s place as a global leader in clean energy.

For millions of Californians, it’s now about to also (literally) pay them dividends.

Every household within each utility’s service territory receives the same credit to ensure that those who use less electricity are not penalized.
Photo courtesy of Shutterstock

For residential customers, the credits will appear on utility bills in April and October. The amount of the credit varies by utility, this year ranging from about $30 to $40 for households. Eligible small businesses, including schools and hospitals, will receive the credit monthly.

These utility bill savings are a result of a key component of California’s plan to achieve AB 32’s goal of reducing carbon emissions to 1990 levels by 2020—the cap-and-trade program—which requires the state’s largest emitters to acquire a shrinking pool of permits (known as allowances) for every ton of pollution they emit. This puts a price on carbon to help level the playing field for carbon-free energy sources for electricity generation, such as renewables like wind and solar, and also energy efficiency programs to reduce the need for new power plants and encourage customers to use less. It also puts a hard limit on pollution to ensure California achieves AB 32’s emissions reduction target.

The California Air Resources Board sells pollution allowances at quarterly auctions. The six auctions to date have raised just under $1.7 billion—with roughly 40 percent ($663 million) earmarked for clean energy investments to further the goals of AB 32, and the balance distributed to utility customers via the Climate Credit and other programs (publicly-owned utilities must use the value of pollution allowances allocated to them exclusively for the benefit of their customers, but are outside the jurisdiction of the Public Utilities Commission and are not required to issue Climate Credits on monthly bills).

Why households get the same amount

While the credits vary by utility, every household within each utility’s service territory receives the same amount. This ensures customers using use less electricity are not penalized by receiving a smaller credit, which would otherwise blunt incentives for efficiency and conservation. This is particularly important to protect low-income households—who, by necessity, spend more of their income on basic needs like energy and tend to conserve more than wealthier households.

Making the credit do more

Customers who invest their savings from the Climate Credit in a low-cost energy efficiency option—such as a programmable thermostat or an advanced power strip—can cut their electric bills even more while supporting California’s efforts to transition to clean energy. Replacing just one incandescent light bulb with a new LED, for example, can save more than $50 over the life of the bulb—more than doubling the value of the credit. A handy list of other great options to help customers get the most of the credit is available on EnergyUpgradeCA.org. The site also has factsheets, FAQs, and opportunities to get engaged and help spread the word about the credit.

As the urgency in addressing climate change continues to mount, the Climate Credit offers yet another reminder that transitioning off of a carbon-based energy diet need not come at the expense of businesses' and households' bottom lines. Under AB 32, California has put a price on carbon to boost clean energy and promote energy efficiency, and is distributing the bulk of the proceeds directly to utility customers.

For the states and countries around the world watching California to show the way forward on climate, I'd say sounds like a pretty good approach.

This post originally appeared on the NRDC's Switchboard blog.