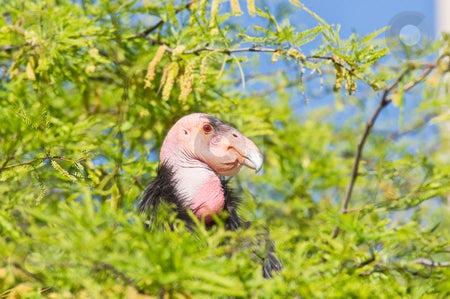 Conservation groups told the Kern County Board of Supervisors Oct. 21 that a large-scale wind-energy project proposed for the southern Sierra Nevada needs to go back to the drawing board and be redesigned to avoid risks to endangered California condors, golden eagles and other rare bird species. The groups filed a legal challenge in Kern County Superior Court seeking to reopen the environmental review for the 100-plus-turbine wind project approved by the county last month.

“This wind project highlights the urgent need for a smart-from-the-start renewable energy strategy that guides development away from sensitive wildlife habitat to places with the lowest chance for conflicts,” said Kim Delfino with Defenders of Wildlife. “The proposed site is in an important bird migration corridor and isn’t an ideal place for large-scale wind energy, as evidenced by the impacts nearby wind projects have already had on imperiled birds. Despite our inability to reach an agreement with NextEra Energy, we are open to working with the company to reconfigure the project to minimize harm to sensitive wildlife. With changes, we believe the project can move forward.”

The conservation groups remain hopeful that the project can be redesigned to avoid the most sensitive areas, greatly reduce the risk to California condors and golden eagles, and provide enhanced mitigation measures such as requiring the use of radar to monitor for incoming flocks of birds so that turbines can be shut down in time to avoid massive collisions. The groups have met several times with the developer prior to filing the lawsuit, but have yet to resolve these concerns.

“We need more clean energy from well-planned and carefully sited renewable energy projects that both utilize proven technology and avoid harm to sensitive wildlife and their habitat,” said Barbara Boyle with the Sierra Club. “Unfortunately, the North Sky River wind project does not meet these requirements. It unnecessarily presents a significant threat to endangered and sensitive species, including the California condor, golden eagle, southwestern willow flycatcher and sensitive bat species.”

The project consists of two components—North Sky River, by NextEra Energy, and the much smaller Jawbone project, by a private landowner. The project area is in the middle of a flyway regularly traversed by migratory birds. California condors were also documented flying near the project site this summer.

“There’s plenty of room in the state for both wind projects and the California condor to thrive,” said Ileene Anderson, a biologist with the Center for Biological Diversity. “But if condors and wind turbines are going to coexist, those turbines need to be sited carefully and measures have to be taken to minimize the risk that condors will be killed. Unfortunately, this project fails to do that.”

The proposed project is directly north of the Pine Tree Wind project, which is under federal investigation for killing at least six legally protected golden eagles. More than 50 sightings of golden eagles were made, and some 15 golden eagle nests found, within 10 miles of the North Sky site during an environmental review of the project. The alarming potential for impacts to rare and endangered species prompted warnings from the U.S. Fish and Wildlife Service and the California Department of Fish and Game in letters to the county supervisors.

The Fish and Wildlife Service wrote: “The first full year of fatality monitoring [for the Pine Tree Wind project] resulted in an estimated 1,595 fatalities per year, which per megawatt (11.8 fatalities/megawatt) is among the highest fatality rates being recorded in the nation…it’s reasonable to estimate that the proposed project would have avian fatality rates equal to or greater than those observed at the adjacent Pine Tree Wind Facility.”

Kern County officials approved the project despite the warnings from wildlife agencies and conservation groups, allowing the project to move forward without having to undertake sufficient conservation measures to offset or minimize impacts on wildlife.