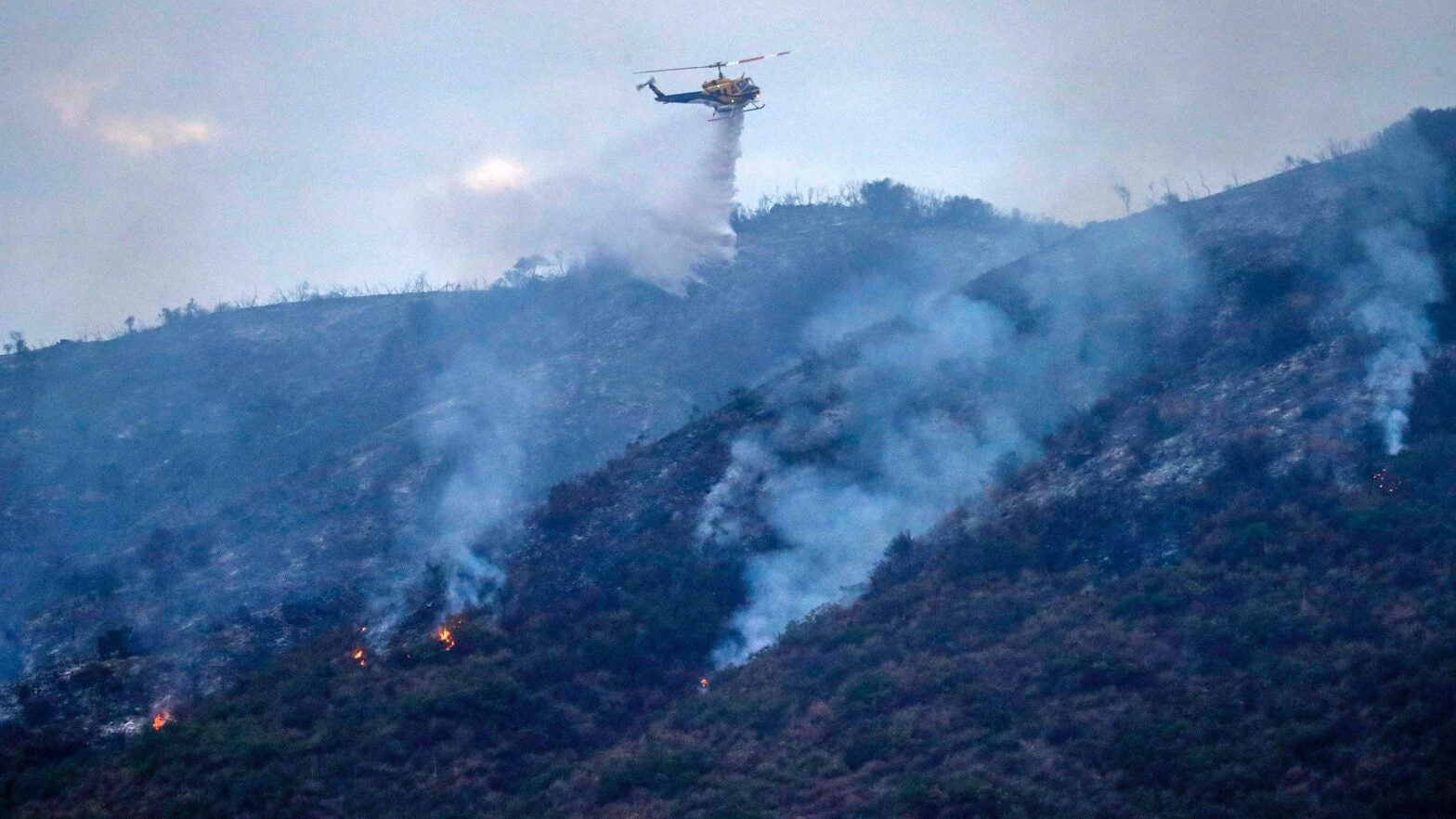 The Tenaja Fire jumped from 25 acres when it was first reported Wednesday afternoon to 994 acres just five hours later. As of 5:30 p.m. Thursday, the blaze had spread to 1,974 acres and was 10 percent contained, The California Department of Forestry and Fire Protection (CAL FIRE) reported. The fire-fighting agency said the blaze was moving at a “dangerous rate of speed,” according to TIME.

The fire broke out in La Cresta, California in Riverside County and was named for a road near where it ignited. It has since spread to other cities including Murrieta, California, a town of 104,000 people 80 miles south of Los Angeles. Since Wednesday, around 415 homes and 1,200 people had been evacuated, Riverside County Fire Department spokesperson Jody Hagemann told TIME. Others are waiting for an evacuation order.

“It’s scary,” Murrieta resident Bob Campini told ABC7. “We’ve packed up. We’re waiting to see if we’re going to get evacuated or not.”

Schools in the Murrieta Unified School District were closed Thursday, and more area districts said they would close Friday, according to ABC7. Public health officials also warned residents to protect themselves from smoke by staying indoors as much as possible.

“Ash and smoke can be hard on anyone to breathe, but especially those with lung disease,” Riverside County public health official Dr. Cameron Kaiser said in a statement reported by TIME. “Everyone worries about the flames, but smoke can impact you even if you’re miles away from the fire.”

More than 800 firefighters battled the flames, but they struggled due to “difficult terrain” and shifting winds, ABC7 reported.

“The winds will come out of one direction in the morning, to where the wind will be blowing out toward the ocean, and then by the afternoon, we’ll get a 180 degree switch in the wind direction and the fire will tend to start burning downhill and start coming back into neighborhoods,” CAL FIRE Division Chief Todd Hopkins told ABC7.

The immediate cause of the fire is unknown, but lightning strikes were observed in the area Wednesday.

The developing ⛈️ can be seen on satellite, as well as the heat signature from the #TenajaFire. Satellite is showing an increase in fire activity and even some developing #pyrocumulus clouds. #cawx pic.twitter.com/dDyZEgKxLV

The blaze comes after a relatively quiet year for California wildfires, The Los Angeles Times pointed out. Fires burned more than 1.2 million acres in 2017 and 1.8 million acres in 2018, but only 51,079 acres as of Aug. 18 this year. Experts attribute the change to cooler temperatures, late spring rains and less extreme winds in 2019. In general, the rise in California wildfires has been attributed in part to the climate crisis.