2,500 Forced to Flee as California Wildfire Season Heats Up 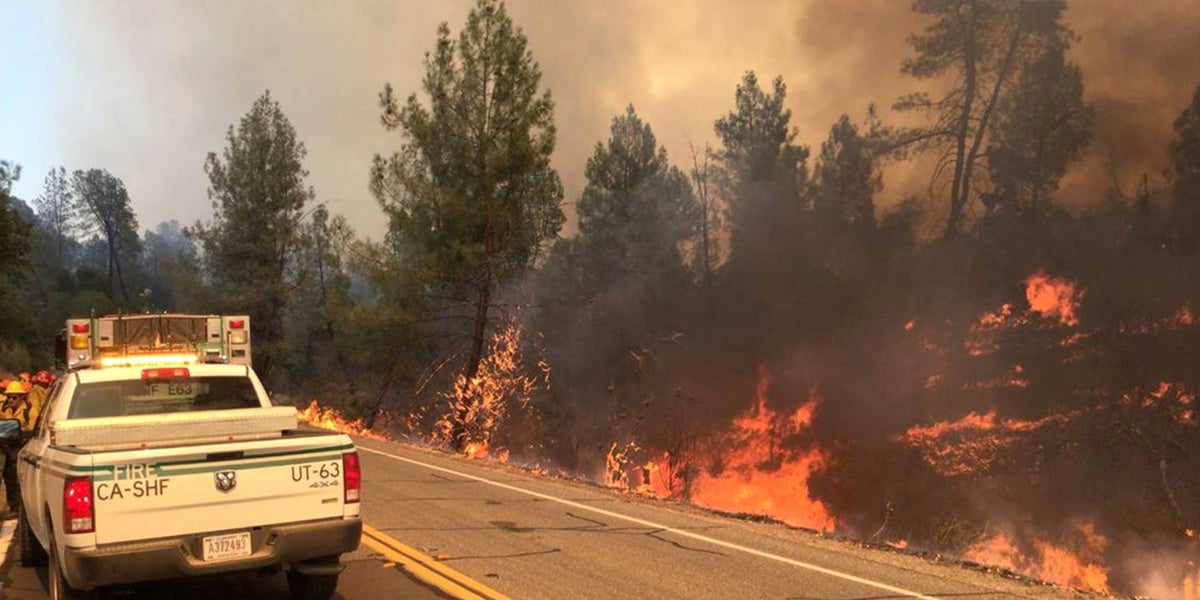 In 2017, the effects of drought and climate change led California to suffer its most destructive wildfire season in history, which caused $10 billion in damage and left 44 dead, according to The New York Times.

As summer begins, 2018 isn’t starting out any easier for the Golden State. On Monday, authorities ordered the evacuation of 2,500 residents of a rural community in Spring Valley, California, out of fear a raging fire would cut it off, Reuters reported.

Spring Valley, about 100 miles northwest of Sacramento, is in danger from the Pawnee Fire, which jumped the only road leading to the small community, Lake County Sheriff’s Office Emergency Services Manager Dale Carnathan told Reuters.

The Pawnee fire started Saturday in Clearlake Oaks, California and has burned 12 buildings and put another 600 at risk, The Associated Press reported Monday. It has been fanned by strong winds and high temperatures, according to Reuters.

“What we’re stressing is that people, when they get the evacuation order, they heed it immediately and get out and stay out until it is safe to return,” the state Department of Forestry and Fire Protection Battalion Chief Jonathan Cox told The Associated Press. “This is one of four large fires burning in Northern California. It’s a good reminder that fire season is upon us.”

As of Sunday, the Pawnee fire had not been contained and covered 12 square miles.

Firefighters have made more progress on the other three fires burning in the region. The Stoll Fire in Tehama County destroyed “multiple residential and commercial buildings,” Cal Fire told The Associated Press. But it only burned across three-quarters of a mile and was halfway contained as of reporting Monday.

The fires come as California braces for another devastating fire season. There are 129 million dead trees in the state due to drought and a bark-beetle infestation that could provide fuel for fires, in addition to dry brush and other potential fuels, CNBC reported Friday. Wildfires in Southern California already forced thousands to evacuate Laguna Beach and Alison Viejo earlier in June.

A month ago, Cal Fire Deputy Chief Scott McLean told The New York Times his department had already fought 1,200 fires that burned 8,000 acres, whereas by the same time in 2017, they had fought 1,049 fires that had burned 2,200 acres.

“The new normal is already here. We don’t even use ‘new’ anymore,” McLean told The New York Times. “It’s the reality. The fire season is expanding. The weather has changed. We don’t even consider it a fire season anymore. In Southern California especially, it’s year-round.”