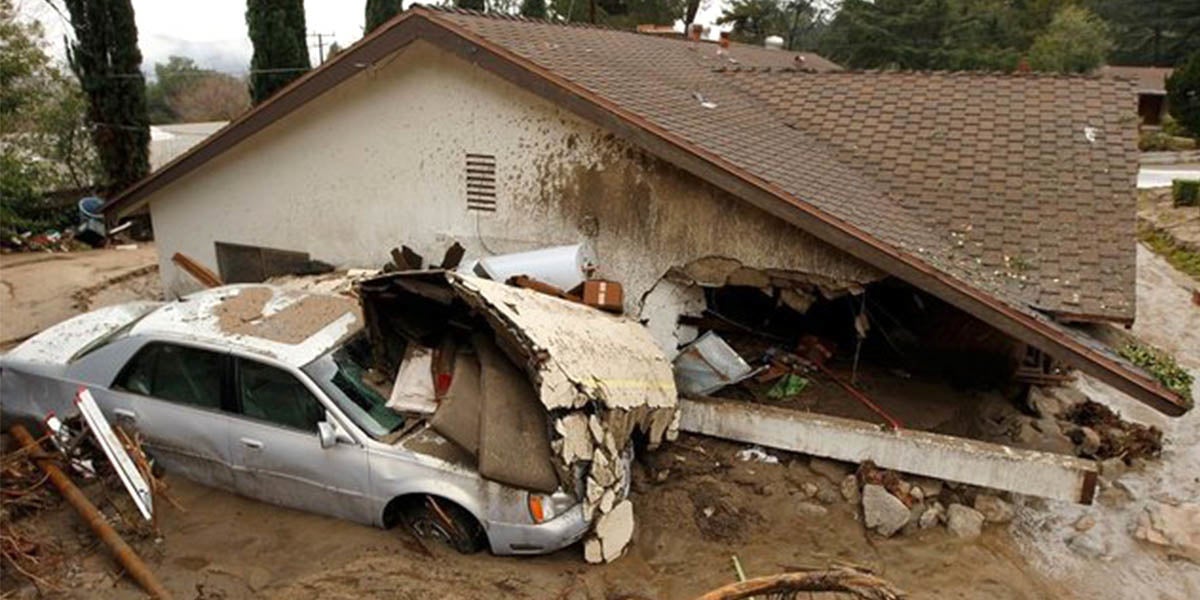 Several weeks after a series of wildfires blackened nearly 500 square miles in Southern California, a large winter storm rolled in from the Pacific. In most places the rainfall was welcomed and did not cause any major flooding from burned or unburned hillslopes.

But in the town of Montecito, a coastal community in Santa Barbara County that lies at the foot of the mountains blackened by the Thomas Fire, a devastating set of sediment-laden flows killed at least 20 people and damaged or destroyed more than 500 homes. In the popular press these flows were termed “mudslides,” but with some rocks as large as cars these are more accurately described as hyperconcentrated flows or debris flows, depending on the amount of sediment mixed with the water.

Why did these deadly flows happen? To what extent were these flows caused by the fire, the extreme burst of rainfall, or a combination? And what can we do to reduce similar risks in the future?

Some national newspapers are saying that these post-fire flows are caused by the loss of vegetation, but as a scientist studying the effects of fires on soils, runoff and erosion, I can say this is not completely accurate. While many wildfires do burn trees and shrubs, the loss of this overlying vegetation canopy only slightly increases the amount of rainfall that reaches the soil surface and the kinetic energy delivered by the raindrops to the ground surface.

The far more important effect of high and moderate severity wildfires is that they can burn off all the surface litter and ground vegetation, leaving a layer of easily removed ash on top of otherwise bare soil.

In certain vegetation types, like chaparral and coniferous forests, fires will vaporize organic compounds found in the leaf litter. Some of these compounds are driven downward by the heat where they condense on cooler soil particles just below the soil surface. In sufficient quantity and especially in coarser-textured soils, the resulting water-repellent layer impedes the normal downward flow of water. Higher-severity fires also can consume some of the shallow soil organic matter that helps bind together larger soil clumps.

When winds and the first rains arrive, they quickly wash the ash away, and the impact of raindrops on the bare soil can detach and disperse small soil particles to create a surface seal or crust.

The net result is that after a high or moderate severity fire the ability of the soil to absorb water decreases from around several inches per hour to perhaps just one-third of an inch per hour. Any additional rainfall becomes surface runoff, and a rainstorm of only one inch per hour can generate 1.5 million cubic feet of runoff per square mile.

The raindrops and surface runoff can easily erode and transport the unprotected soil on the hillsides. The resulting accumulation and concentration of flow and sediment in stream channels can rapidly mobilize massive amounts of rocks and soil.

The resulting mixture of water, eroded soil and rocks can quickly bulk up to a concentrated mix of water with 10 to 40 percent sediment, or an even more concentrated and deadly debris flow moving at up to 20 miles per hour. Once these flows reach flatter areas or encounter obstacles, the velocity decreases and the rocks and mud are deposited. The potential for such flows is exacerbated in much of Southern California because the mountains are steeper than normal due to rapid uplift along regional faults.

With population growth there are ever more houses and other developments at the base of the mountains. Of even greater concern is the placement of houses and other structures on the alluvial fans where streams have been depositing sediment and rapidly changing their course over many thousands of years.

When hillslopes are denuded of their surface soil cover by fire or other processes, the resulting increase in runoff and erosion is nearly inevitable. Mulch or other surface cover can be applied to help protect the soil from the raindrop impact, but mulching is difficult and expensive to quickly apply over large areas, and is progressively ineffective on steeper slopes or during more intense storms that produce more surface runoff.

Debris basins can be constructed to capture the runoff and sediment, but there are problems of finding locations and sizing their capacity for extreme events, as well clearing them prior to large storms. 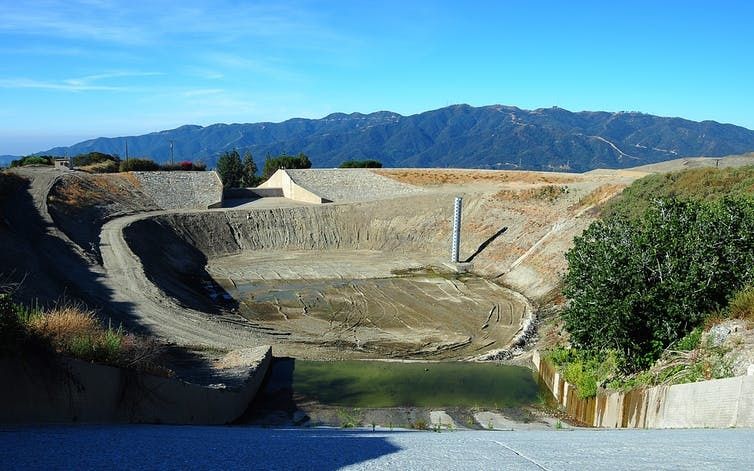 Some debris basins were in place, but they were quickly overtopped by the hundreds of thousands of cubic yards of water and sediment. While high post-fire runoff and erosion rates could be expected, it was not possible to accurately predict the exact location and extreme magnitude of this particular storm and resulting debris flows.

There is a long history of comparable post-fire debris flows in the Los Angeles area with a greater loss of life. Comparable events also have occurred elsewhere in the western U.S., but in most cases the consequences have been much less tragic because wildfires more commonly occur in much less populated areas. This means the resultant effects are often limited to degraded water quality, loss of aquatic habitat and excess reservoir sedimentation.

Looking to the future, it is very clear that the problem is only going to get worse.

Second, a policy of suppressing wildfires has increased the amount and density of vegetation in some areas. This greater fuel load can result in higher severity fires and more denuded hillslopes. Future wildfires are inevitable, and when there are high temperatures, high winds, low humidity and large fuel loads, it is not possible to safely fight or control a large wildfire.

Nor is it possible to stop the subsequent hillslope runoff and erosion. Debris basins or diversion structures can be built to reduce damage, but these are expensive and often do not have sufficient capacity for extreme post-fire storm events. While we are getting much better at predicting the risk of sediment-laden flows after wildfires through improved modeling and weather forecasting, the starting point has to be stricter zoning rules to minimize construction in vulnerable areas. And once an area does burn, residents must heed the calls for evacuation when post-fire rainstorms are predicted.

On the positive side, most burned areas generally revegetate within two to four years. Once there is less than about 30-35 percent bare soil, there is a greatly reduced risk of high runoff and erosion rates.

In Montecito the rapid delineation of risk zones led to the evacuations that undoubtedly helped save many hundreds of lives. What is now important is that the lessons from the Thomas Fire are applied in other areas to help minimize future losses of life and property. This is true in both the short term as more rain falls on the recently burned areas, and over the longer term given our increasingly fire-prone future.