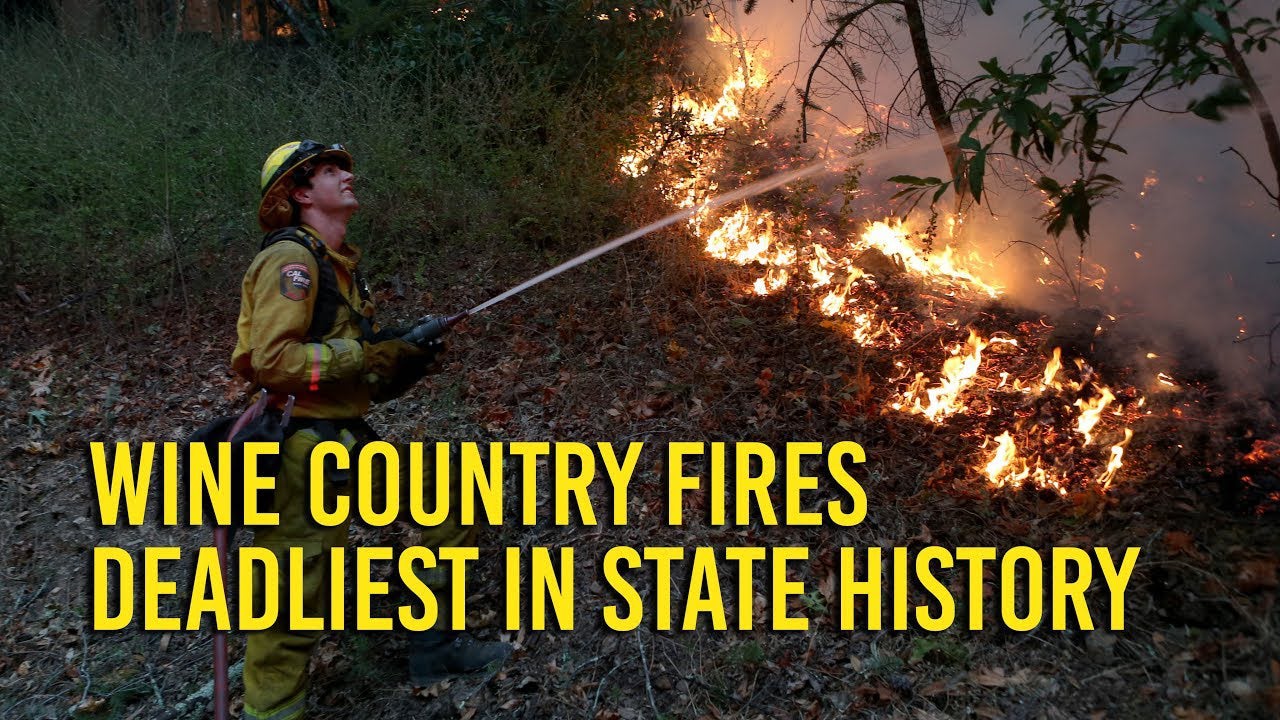 Firefighters continue to battle against 17 wildfires that have burned more than 220,000 acres in California, Cal Fire announced in a Friday update.

The death toll from the Northern California blazes has risen to 31, the deadliest week for wildfires in the state’s history.

“We had series of statewide fires in 2003, 2007, 2008 that didn’t have anything close to this death count,” said Daniel Berlant, a deputy director with the California Department of Forestry and Fire Protection.

The 31 deaths this week surpasses the single deadliest wildfire in state history—the Griffith Park fire of 1933 in Los Angeles which killed 29 people—according to the New York Times.

About 3,500 homes and other structures have been destroyed and thousand have been forced to flee. Hundreds of people have been injured or reported missing. The fires have also released devastating air pollution.

“We are reporting the worst air quality ever recorded for smoke in many parts of the Bay Area,” Tom Flannigan, a spokesman for the Bay Area Air Quality Management District, told the East Bay Times. “This is similar to what you see in Beijing, China in bad air days there.

The wine country fires started Sunday and rapidly spread throughout the week due to the area’s low humidity and high winds. Scientists have suggested climate change might play a role.

More than 8,000 firefighters are combatting the flames and many have become weary over the past week.

“The winds aren’t helping,” Moore says. “All we can do is get to the structures as fast as we possibly can and save what we can.”

Pope Francis sent a telegram Friday to San Francisco Archbishop Salvatore Joseph Cordileone and Los Angeles Archbishop Jose Gomez expressing his condolences and offered “heartfelt solidarity” and “prayers for all those affected by this disaster.”

Fire officials are preparing for conditions to worsen with high winds expected to return.

“Tonight the winds are forecast to be stronger than experienced Thursday with gusts up to 45 miles an hour,” Cal Fire said.

A Red Flag Warning—the highest alert issued by the National Weather Service in which conditions are ideal for wildland fire combustion and rapid spread—has been issued for Friday night, when winds are expected to increase again.

“Hundreds of additional fire engines and firefighters have begun to arrive from several other states, not only to help relieve crews on the frontlines, but to be ready for the possibility of new wildfires that may ignite during the Red Flag Warnings,” Cal Fire said.