‘Unprecedented’ Wildfires Break Out in Northern and Southern California 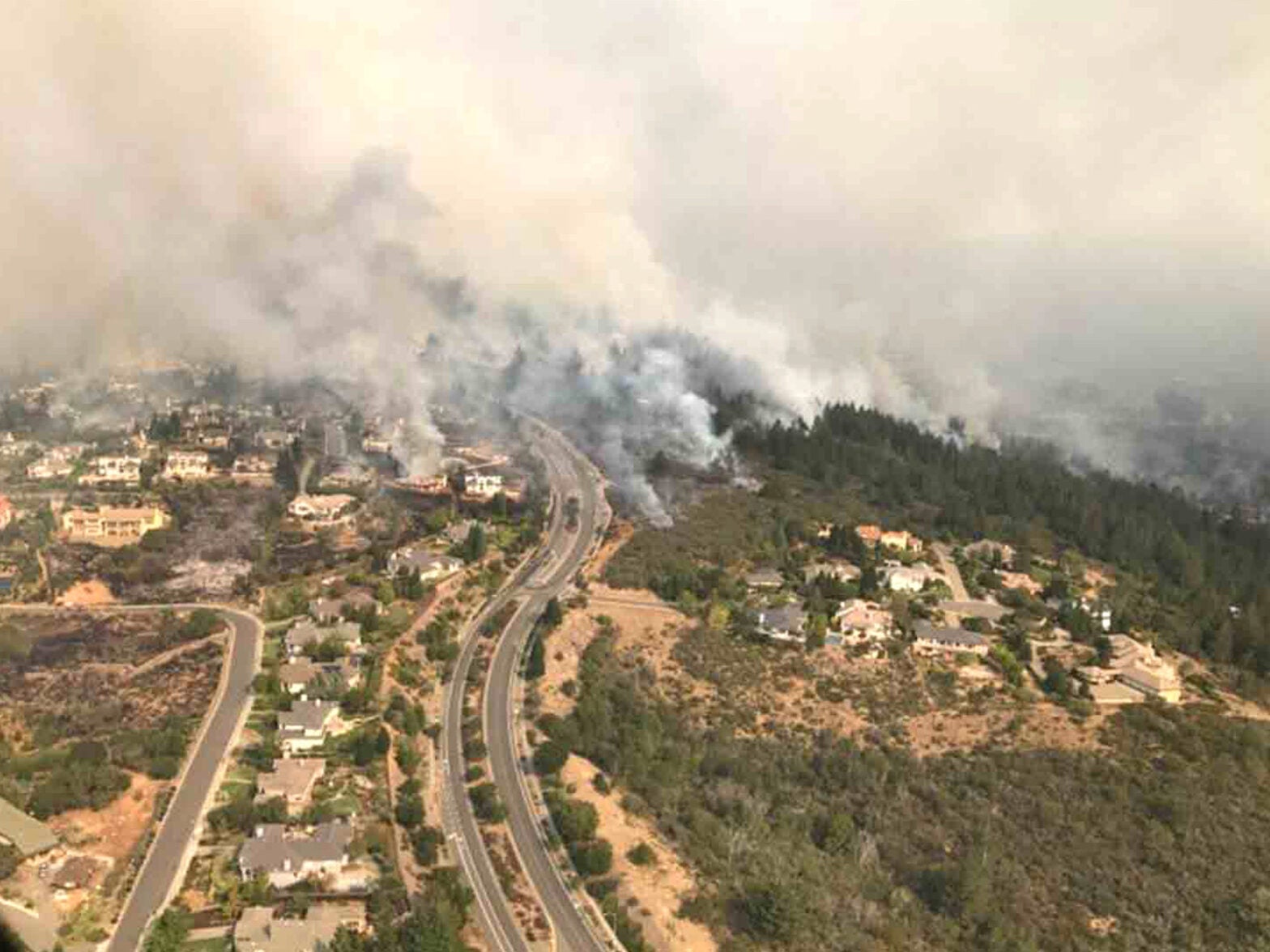 California is on fire. Multiple major fires broke out in many parts of the state, burning more than 100,000 acres.

More than a dozen
wildfires ravaged across Northern California as of Tuesday morning. At least 11 people have died, 100 have been injured, tens of thousands evacuated, and more than 1,500 homes and businesses were destroyed. In Sonoma County, fire officials fielded 100 phone calls about missing persons.

350.org founder Bill McKibben tweeted that the Napa firestorm left the city looking like it had been bombed.

The pictures from the Napa wildfire look like a city after a bombing. Some ways to help: https://t.co/YXP5NlNDDL pic.twitter.com/fq8imZ4R26

The wine country blazes started on Sunday and are among the most devastating in
state history, according to media reports.

“We often have multiple fires going on, but the majority of them all started right around same time period, same time of night—it’s unprecedented,” Amy Head, the fire captain spokesperson for Cal Fire, told the
Guardian. “I hate using that word because it’s been overused a lot lately because of how fires have been in the past few years, but it truly is—there’s just been a lot of destruction.”

Head added that the fires were probably linked to a
warming climate: “It has been hotter, it has been drier, our fire seasons have been longer, fires are burning more intensely, which is a direct correlation to the climate changing.”

The flames spread quickly due to powerful winds and high temperatures.

“We also had really gusty winds and really warm temperatures,” National Weather Service meteorologist Matt Mehle told the Los Angeles Times. “This time of year it does happen quite a bit. For the San Francisco Bay Area, our summer is late September to early October; that’s when we have our warmest and driest conditions.”

In Southern California, more than 5,000 homes were evacuated because of a Monday brushfire in the Anaheim Hills area in Orange County. The inferno, dubbed Canyon Fire 2, has destroyed 24 structures and burned at least 6,000 acres.

Smoke from the fire inundated the skies above nearby theme park Disneyland.

My sister is in Disneyland and just sent me these pictures from the fire. Is the world ending or something? Cause this is wack pic.twitter.com/uRut0up3Yr

California Gov.
Jerry Brown declared a state of emergency for Orange County Monday afternoon after issuing emergency declarations for the affected areas in the northern part of the state earlier that day.

The governor’s Office of Emergency Services
tweeted that the state is “fully engaged in response efforts for NorCal fires” and “all hands on deck.”

The Governor also requested a
Presidential Major Disaster Declaration to support the state and local response to fires burning in Northern California.

The Governor also requested a
Presidential Major Disaster Declaration to support the state and local response to fires burning in Northern California,