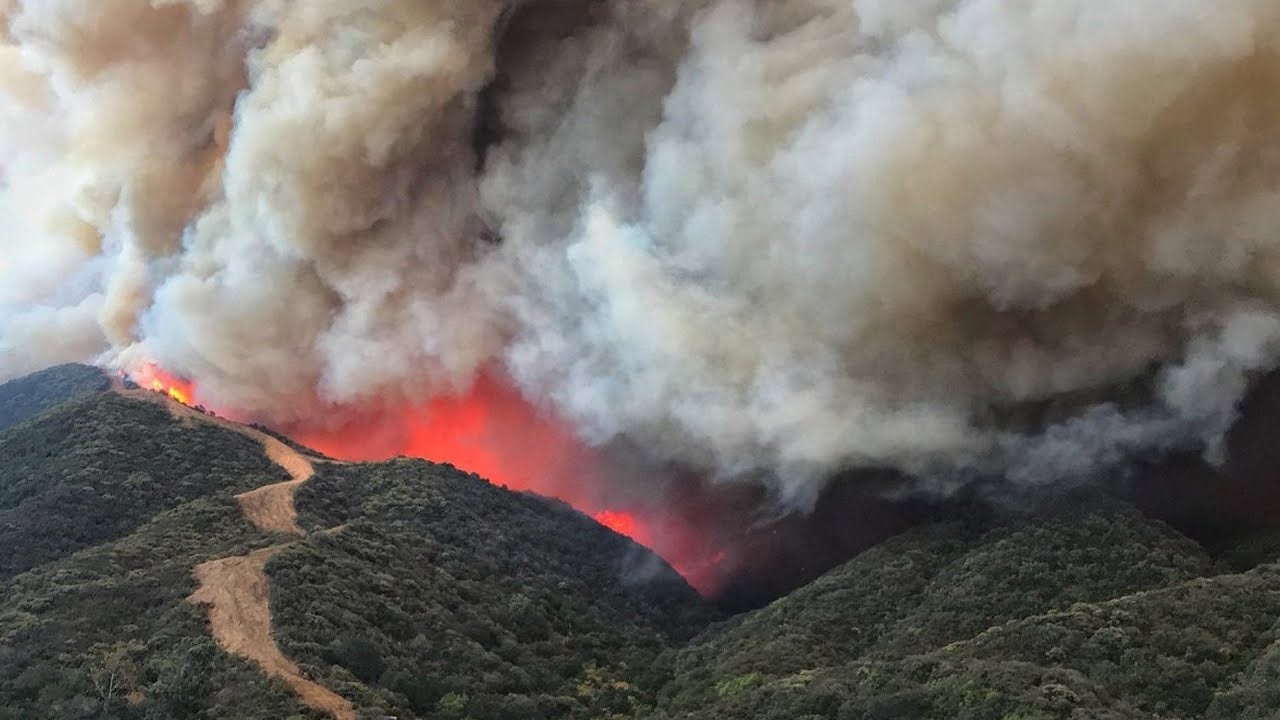 Notably, the Thomas Fire—now 45 percent contained—could potentially take the dubious title of California’s largest-ever wildfire since record-keeping began in 1932. The state’s largest is the 2003 Cedar Fire which burned 273,246 acres and killed 15 people.

The fire raging in the California hills is set become the largest in state history.
In December.
Which is impossible.
Hot New World. https://t.co/UQK8KUtUA6

The multiple fires that erupted across Southern California over the past two weeks have been fueled by an unusual set of forces, including stronger-than-normal Santa Ana winds, experts says.

The fast-moving Thomas fire, which began on Dec. 4, is now approaching Santa Barbara, threatening more than 18,000 structures, forcing thousands of additional Californians to evacuate from their homes, and has cost $123.8 million so far to fight. One person has also been killed in a vehicle accident blamed on the Thomas Fire.

But hope appears to be on the horizon. According to CalFire, weak northeast winds are expected to cool temperatures and increase humidity, allowing for favorable firefighting efforts.

As Reuters reported, the calmer winds helped make Sunday one the most productive days battling the fires.

The Golden State has been experiencing a higher frequency of intense wildfires in recent years. According to Cal Fire, five of the 20 most destructive fires in recorded history have ravaged the state in 2017.

The current outbreak comes not long after October’s string of devastating wildfires in Northern California that killed 44 people—the deadliest in state history.

While the link to climate change is not clear, scientists have tied California’s string of fires to rising temperatures and years of epic drought that dried tree canopies, grasses and brush that spark wildfires.