‘We Were Engulfed in Flames’: Rapid Wildfire Devastates Entire Town of Paradise, CA 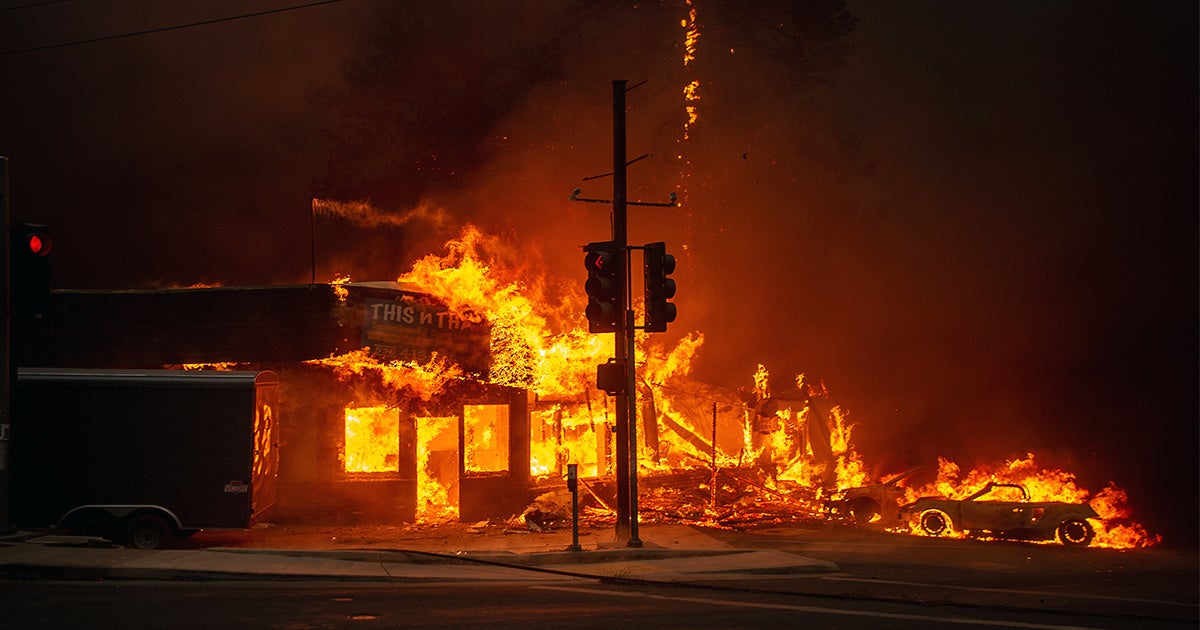 A wind-driven wildfire broke out in Northern California at 6:30 a.m. Thursday morning and took off at a rate of around 80 football fields per minute, covering 18,000 acres by 2 p.m., CNN reported.

The Camp Fire went on to engulf the town of Paradise, home to 27,000 people, forcing evacuations and damaging thousands of buildings, the Associated Press reported.

“Pretty much the community of Paradise is destroyed, it’s that kind of devastation,” Cal Fire Captain Scott McLean told the Associated Press late Thursday. “The wind that was predicted came and just wiped it out.”

Fire department workers told The San Francisco Chronicle that there were reports of deaths, and at least two firefighters were injured. Acting California Governor Gavin Newsom, filling in for Governor Jerry Brown while he is out of state, declared a state of emergency in Butte County, where the fire erupted.

“We were engulfed in flames,” Butte County Supervisor Doug Teeter told The San Francisco Chronicle. “I don’t know what we are coming back to after this. Probably a moonscape. As we drove out, homes were burnt to the ground.”

The fire was fueled by “red flag” conditions combining high wind and low humidity, which are expected to persist in the area till Friday evening, the Associated Press reported. But longer-term climate change is also to blame, as drought makes ground-level vegetation more likely to catch fire.

“Basically, we haven’t had rain since last May or before that,” Butte County CalFire Chief Darren Read told the Associated Press. “Everything is a very receptive fuel bed. It’s a rapid rate of spread.” 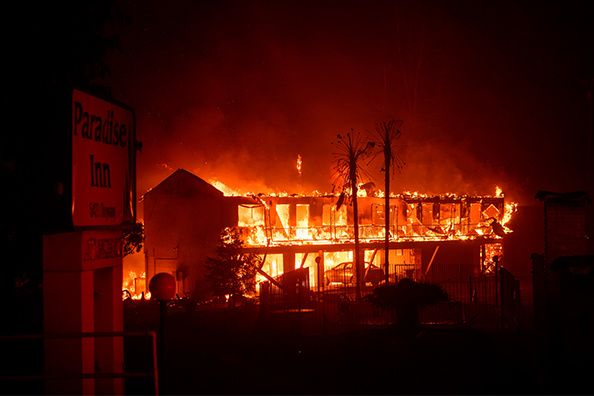 Large, destructive wildfires have become increasingly common in California, and are expected to become 50 percent more likely by 2100 if nothing is done to limit greenhouse gas emissions, California’s most recent Climate Change Assessment found.

The San Francisco Chronicle summed up the context surrounding the Camp Fire:

The intensity of the Camp Fire’s surge through Paradise drew immediate comparisons to the Tubbs Fire, which wiped out whole neighborhoods in and around Santa Rosa, and the Carr Fire, which blitzed Redding this year. Gov. Brown and others have raised alarm about the nearly year-round danger in the state, but no broad solutions have surfaced. Twice in the past two years, fires have set the state record for size.

In a testament to the tragic normalcy of these events, several fires also broke out in Southern California. Among them were the Hill Fire and Woolsey Fire, which both ignited in Ventura County Thursday afternoon and could be further fueled by the Santa Ana winds, AccuWeather reported.

As of Friday morning, the Hill Fire had burned 10,000 acres and closed highway 101 in both directions west of Thousand Oaks, California, a town already reeling from a mass shooting at the Borderline Bar & Grill Wednesday, as the Ventura County Star reported.

The Woolsey Fire, meanwhile, burned multiple buildings and prompted an evacuation order for Oak Park, a town of around 14,000, as well as parts of Thousand Oaks and Los Angeles.