A Gender-Reveal Party Started a Wildfire That Burned Nearly 10,000 Acres 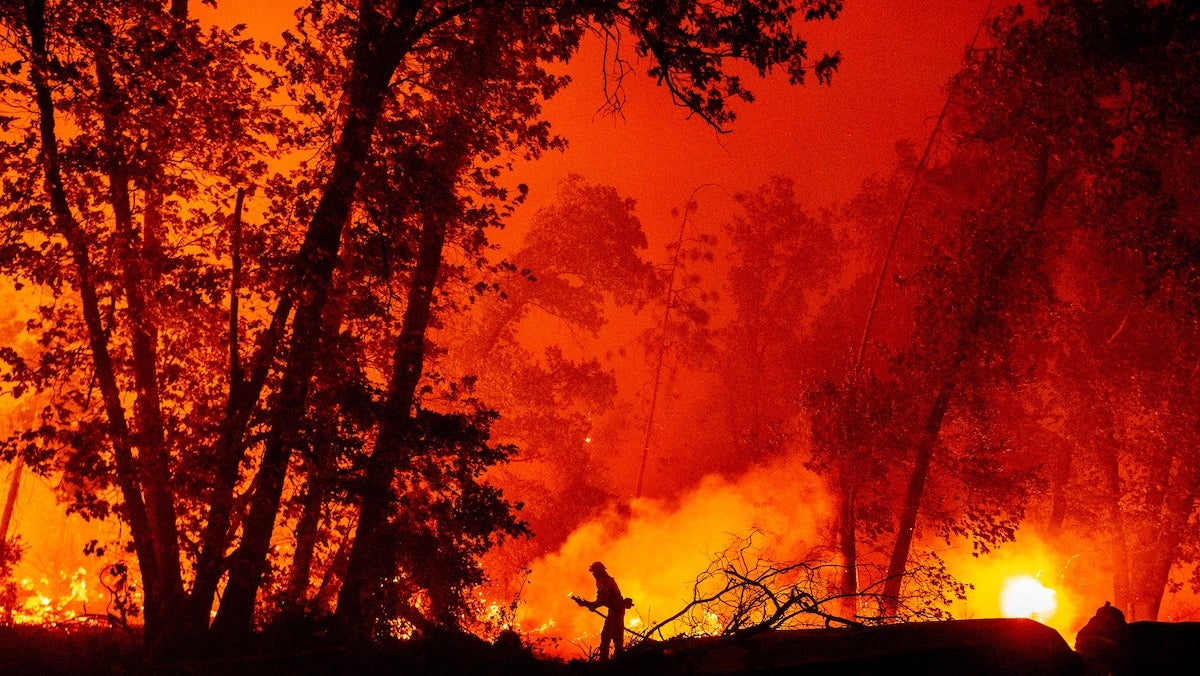 Fireworks at a gender-reveal party triggered a wildfire in southern California that has destroyed 7,000 acres and forced many residents to flee their homes. JOSH EDELSON / AFP via Getty Images

A couple hosting a gender-reveal party on Saturday set off a smoke bomb to reveal the baby’s gender when the device lit the nearby dry grass and sent partygoers scrambling. That mishap has now led to the El Dorado wildfire in Southern California’s San Bernardino County, according to The Washington Post.

According to a statement from CalFire, the fire started in El Dorado Ranch Park, about 80 miles east of Los Angeles. On Monday, official said that it had burned 9,671 acres and was only 7 percent contained, according CNN. Officials added that it’s “one of the most dangerous fires” they’ve seen in the area.

The family and partygoers tried in vain to put out the fire with water bottles, but the rapid spread in the four-foot tall dry grass was too much for the small amount of water they had. The family did call 911 to report the fire and shared photographs with investigators, according to The New York Times.

“I can’t speak on their behalf,” Captain Bennet Milloy of the California Department of Forestry and Fire Protection said of the family, as The New York Times reported. “but personally, I can only imagine how terrible they have to feel for a lot of reasons.”

“It really is a tragedy, it’s sad. They were hoping to remember the day in a different way,” Milloy said, as CNN reported. He added that over 80 percent of fires are linked to human mishaps, which means people need a greater awareness of the fire potential in their surroundings. “You need to be extra cautious because you could be liable.”

Milloy added that no decision had been made yet as to whether or not the family will face criminal charges. A decision will wait until after the fire is extinguished. In the meantime, though, as firefighters battle the blaze, evacuations were ordered, including in parts of Yucaipa, a nearby city of nearly 54,000, according to The New York Times.

“In my 30 years as a citizen in Yucaipa, I have never seen such a large fire,” Yucaipa Mayor David Avila said during a Monday news conference. “As a retired firefighter with 32 years of experience, I can assure you I witnessed one of the most dangerous fires that we can have in this area.”

This actually isn’t the first time a gender-reveal stunt led to a dangerous and costly wildfire. Three years ago, in 2017, a similar event led to a fire that burned through 47,000 acres in Arizona’s Santa Rita Mountains. That event caused millions of dollars in damages, when an off-duty U.S. Border Patrol agent shot a high-powered rifle at a target packed with an explosive to reveal the baby’s gender, according to CNN. The patrol agent pled guilty and was fined .2 million in restitution.

Similarly, a gender-reveal party ignited a Florida brush fire last year. Others claimed the life of a grandmother when shrapnel hit her. Another caused a plane crash in Texas, as The Washington Post reported.

The woman who started the trend took to Facebook to ask people to stop.

“Stop having these stupid parties,” blogger Jenna Myers Karvunidis said in a Facebook post on Monday after learning about the El Dorado Fire, as The Washington Post reported. “For the love of God, stop burning things down.”