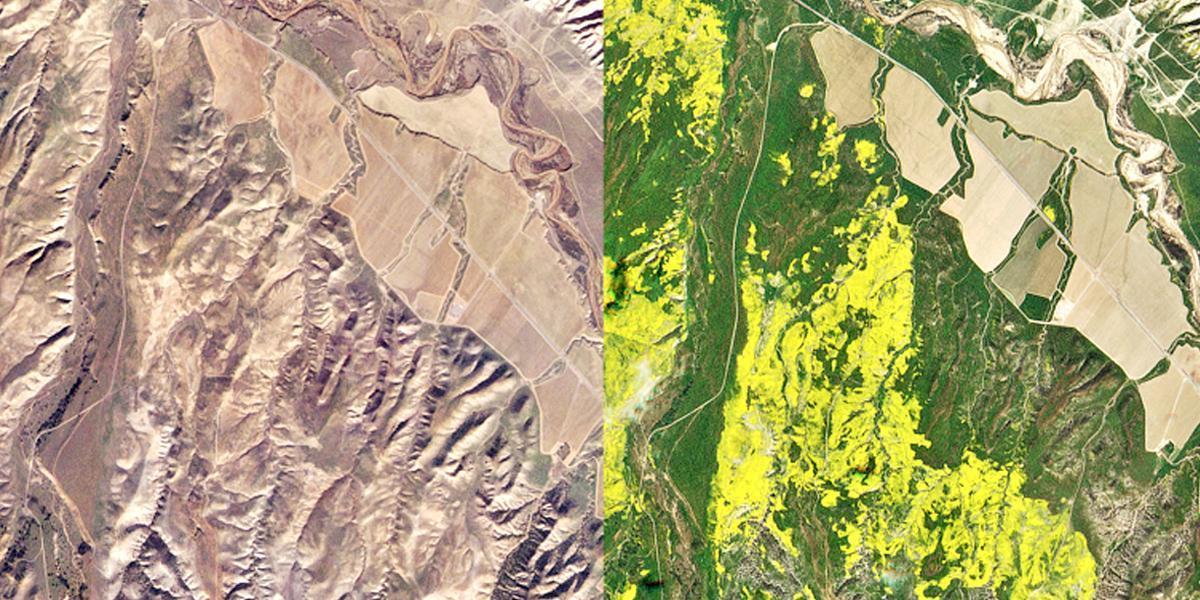 Thanks to above-average rainfall after an epic
drought, spectacular flowers are blossoming throughout California, and now you can track it from space.

Check out the images below courtesy of
Planet Labs, a company founded by former NASA scientists.

Last month, Planet Labs launched
Planet Explorer Beta, where you can track satellite images for about 85 percent of Earth’s changing terrain. If all of this looks to you like Google Earth on steroids, there’s a good reason for that. The 2014 startup company in February acquired Google’s satellite business, Terra Bella, responsible for Google Earth, and now boasts the world’s largest fleet of Earth-imaging satellites.

To see how regions have changed as recorded by the satellite images, click on the white scroll bar in the middle, and slide the bar back and forth.

The northern California coast is the latest area to bloom. A wildflower forecast for all areas of California through July can be found at
Visit California.