“Walmart’s own audits found that the company is dumping hazardous waste at local landfills at a rate of more than one million items each year," said California Attorney General Rob Bonta. 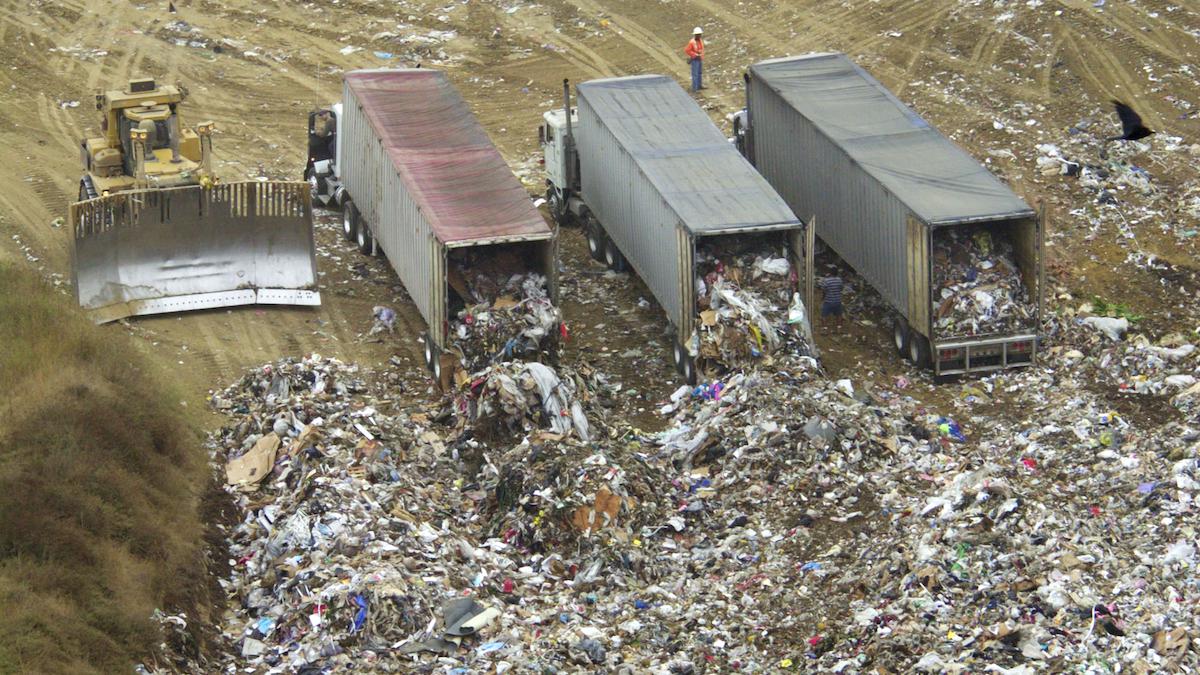 Corporate giant Walmart is being sued by the state of California for allegedly dumping 159,600 pounds of hazardous waste a year in the state’s landfills. The products, which include pesticides, toxic cleaning supplies, batteries, aerosol cans, latex paints and LED lightbulbs, are not materials the landfills are equipped to handle.

Rob Bonta, California’s attorney general, and a dozen of the state’s district attorneys alleged that Walmart violated the state’s environmental laws and regulations by dumping the materials, which also included “confidential customer information,” according to the press release.

“Walmart’s own audits found that the company is dumping hazardous waste at local landfills at a rate of more than one million items each year. From there, these products may seep into the state’s drinking water as toxic pollutants or into the air as dangerous gases,” Bonta said in the statement. “When one person throws out a battery or half-empty hairspray bottle, we may think that it’s no big deal. But when we’re talking about tens of thousands of batteries, cleaning supplies, and other hazardous waste, the impact to our environment and our communities can be huge.”

In the complaint, Walmart is also alleged to have been breaking California’s environmental laws for six years. Walmart spokesperson Randy Hargrove said Walmart intends to fight the “unjustified lawsuit,” Newsweek reported. “The state is demanding a level of compliance regarding waste disposal from our stores of common household products and other items that goes beyond what is required by law,” said Hargrove.

This is not the first time Walmart has been sued by the state of California for illegally disposing of hazardous waste. In 2010, a $25 million settlement was reached when the state’s Attorney General’s Office sued the retail corporation for the same violation, reported NPR. And, according to the press release, inspections that began in 2015 showed the corporate giant was continuing to violate state laws in carrying out its operations.

In 58 inspections of Walmart trash compactors conducted since 2015, dozens of materials considered either hazardous waste, medical waste or customer records containing personal information were found, according to NPR.

“The illegal dumping and disposal of hazardous materials adversely impacts every member of our community and causes irreparable harm,” said Tori Verber Salazar, San Joaquin County District Attorney, the press release stated. “We must hold violators, including retail conglomerates, accountable to ensure the safety and well-being of our communities.”