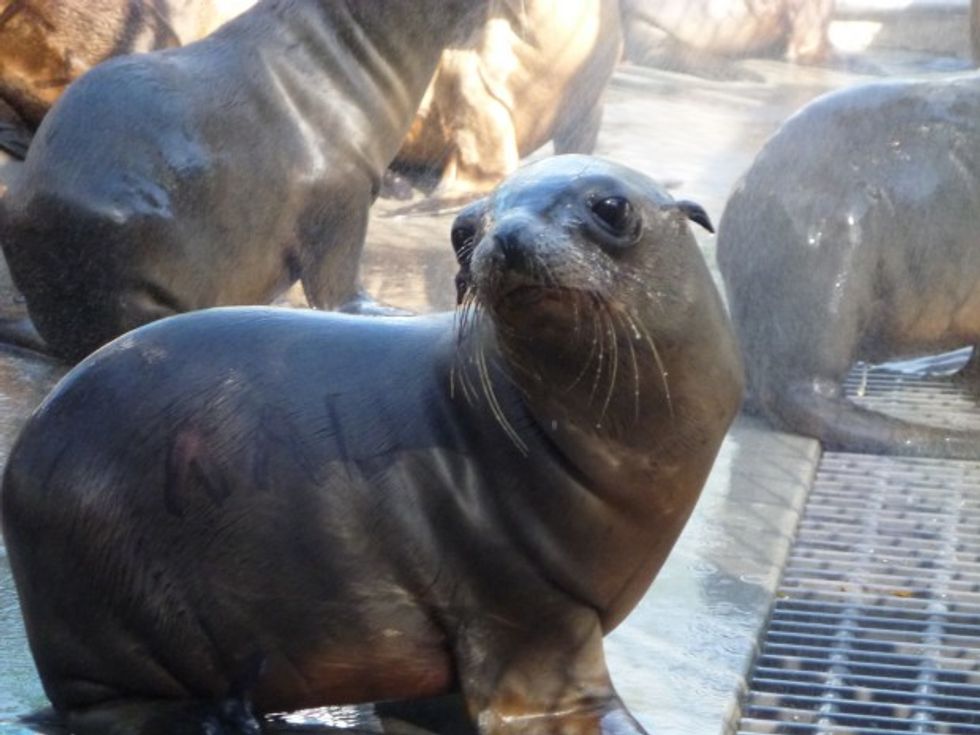 California sea lions, a regular fixture alongside many areas of the Golden State’s 1,100 mile coastline, are known for their playful dog-like antics and social manner. Tourists from all over the globe visit Fisherman’s Wharf, Point Lobos, Channel Islands and other gathering areas to catch a glimpse of these animals, once referred to as “dog-headed mermaids.”

Since January 2013, more than 1,100 California sea lion pups have beached themselves along the coast. Photo: National Marine Mammal Foundation

Since their listing under the Marine Mammal Protection Act of 1972, the California sea lion population has increased to more than 200,000 animals and is thought to be within its “optimum population limits.” Yet the animal still faces threats, such as death from harmful algal blooms and human caused injury. Recently another challenge has surfaced for the sea lion that has scientists both puzzled and alarmed: an unprecedented number of strandings.

The strandings have occurred at a rate three times higher than the historic average and prompted the National Oceanic and Atmospheric Association (NOAA) to take the extraordinary step of declaring an Unusual Mortality Event for California Sea Lions since the beginning of the year.

“Unfortunately, we expected NOAA’s announcement and we hope it brings even more attention to this critical situation. Peak stranding season hasn’t even arrived yet and it appears the number of pups that will show up on San Diego’s beaches will go up even more in the next two months,” said National Marine Mammal Foundation (NMMF) Executive Director Dr. Cynthia Smith.

NMMF researcher Dr. Stephanie Venn-Watson is the chair of the working group for Marine Mammal Unusual Mortality Events. “We’re working quickly to respond to this crisis. The NMMF’s focus is to help save the lives of these malnourished sea lions and at the same time help our colleagues determine what’s causing this alarming increase in stranded pups,” said Dr. Venn-Watson.

What is causing the unprecedented number of strandings? In a recent briefing, Sarah Wilkin, NOAA Fisheries Southwest Regional Stranding Coordinator, said the origin is still unknown, but the agency is working with a number of hypothesis, including changing environmental conditions that limit prey availability, infectious disease, biotoxins and pollution. NOAA is assembling a multi-disciplinary investigation team to assess the causes and determine how to address.

California sea lions, once referred to as “dog-mermaids” are a regular fixture on the Golden State’s coastline. Photo: Beth Pratt

In the meantime, the government agencies have partnered with a number of wildlife rescue and rehabilitation groups to assist with the strandings, but most are at capacity and the agency has also established a triage system to monitor pups on the beach, and transfer the most serious cases in need of medical care.

And are these sea lion strandings linked to the other unusual marine mammal activity that California has been experiencing over the last couple of years? Regular readers of my blog know I have been tracking these occurrences, and I was recently interviewed by the Christian Science Monitor on the phenomena. At this point, it’s too early to tell and more research is needed, but Wilkin replied in an interview that “It may be indicating that the ecosystem is changing slightly and the animals are responding to those changes.”