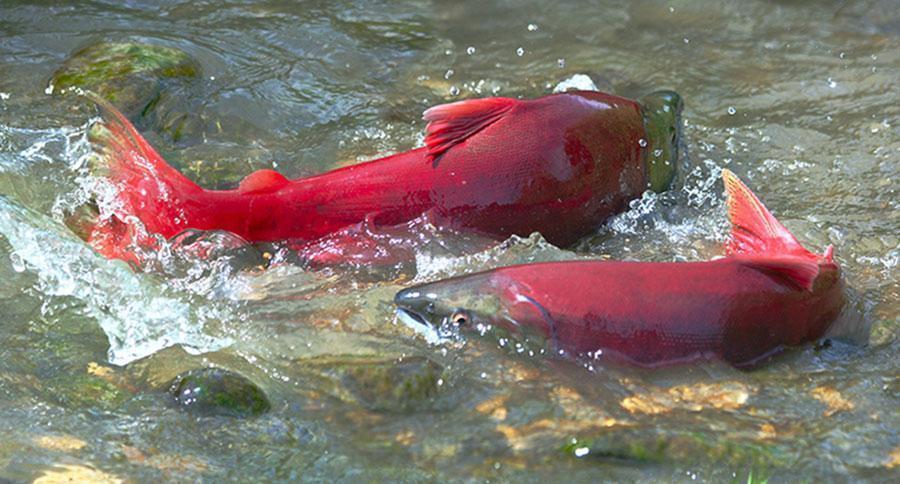 The study is a follow up to a 2008 report that drew the same conclusions, however, the outlook wasn’t as grim almost 10 years ago. The old assessment gave a time period of 50 years for five of the species, the new one says now 14 species are likely to be lost within that timeframe.

Researchers from the University of California Davis and conservation group California Trout said the main culprits are climate change, dams and agriculture.

“As we began drafting the 2017 report, we realized that the new information and increasingly obvious impacts of climate change required us to rethink the metrics used in the 2008 report to evaluate status [of each species],” Peter Moyle, co-author of the new report, told NPR.

Salmon and trout need cool, clean water to thrive and with increasingly warming temperatures and pollution in the ocean, California’s coasts may become uninhabitable. In fact, some locations may dry up altogether, making it impossible for the fish to trace back to their nesting grounds.

Agriculture is also a big driver because fertilizers and pesticides from major crops seep into the waterways, changing the chemical makeup and spawning harmful algae blooms. Irrigation for crops also takes water from rivers and other freshwater sources, furthering habitat loss.

Some of the species in jeopardy are the prized Chinook populations, of which, six out of eight are in trouble. Coho salmon are also critically threatened, with as few as 5,000 fish returning to their nesting grounds to fertilize eggs.

The report states there is still time to mitigate the effects on these fish species by restoring riverside floodplains, spring-fed creeks and coastal marshes. Another method would be removing dams so fish can swim upstream or making smarter agricultural decisions.

“We do still have time,” said California Trout’s Executive Director Curtis Knight. “We are optimistic that with some effort, we can have a future that involves these fish.”