‘A Pivotal Moment’: California One Step Closer to 100% Renewables 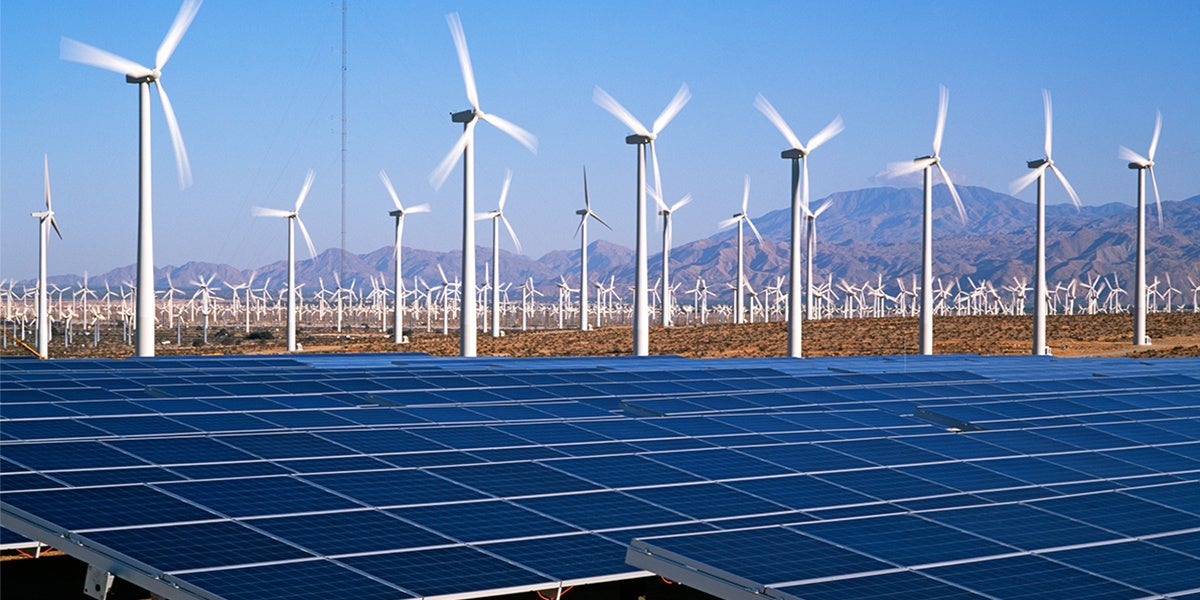 The
California State Assembly on Tuesday voted 43-32 on a bill that aims for 100 percent renewable energy by 2045, one of the nation’s toughest clean energy mandates.

Should the bill become law, California has to entirely transition away from
fossil fuel electricity in less than three decades. Utilities would also have to get 50 percent of their energy from solar, wind or other specific renewable sources by 2026 and 60 percent by 2030. The legislation requires the state to slowly transition away from natural gas, which is California’s top electricity source.

Senate Bill 100, introduced by Sen. Kevin de León, (D-Los Angeles), was approved in the Senate last year. Both chambers now must agree on amendments, but it is expected to be finalized by Friday before heading to Gov.
Jerry Brown‘s desk for approval. The Democratic governor is poised to sign it into law, The New York Times reported.

Today #CA took another great stride toward a 100% clean energy future. #SB100 will spur technological innovation, jump-start new jobs & keep our air clean. Thank you @LorenaAD80 for your hard work & to the @AssemblyDems who pushed this dream one step closer to reality.

“I will always work for the people of California, and the future, [that’s] why I authored this bill. And after a grueling year it has finally passed. And our state will remain a
climate change leader in the world,” de León, who is running for U.S. Senate, tweeted Tuesday.

The passage comes less than two weeks before the
Rise for Climate, Jobs, and Justice mobilization in San Francisco on Sept. 8 and the Global Climate Action Summit from Sept. 12-14, where Gov. Brown will serve as co-chairman.

The
first state to adopt such an aggressive clean energy standard was Hawaii in 2015, calling for 100 percent carbon-free electricity by 2045.

The Golden State’s move is considered groundbreaking because it could inspire other governments and spur Massachusetts, New Jersey, New York and Washington, DC, to consider similar pending legislation.

If signed, California will represent the largest global economy and one of the biggest states of any kind in the world to have a goal of moving to 100 percent clean energy, the
Sierra Club noted.

“This is a pivotal moment for California, for the country, and the world, Michael Brune, executive director of the Sierra Club, said in a statement. “While
Donald Trump abandons reality by ignoring the climate crisis and the incredible growth of clean energy, California is stepping up to lead the transition to a 100 percent clean energy economy.”

“We pass all these goals for renewables, but at the same time our families back home will pay the cost with an increase in the electric bills every year as we try to achieve this,” Assemblyman Devon Mathis, R-Visalia, told the publication.

“With wildfires intensifying and temperatures skyrocketing, the impacts of climate change across the Golden State are impossible to ignore,”
350.org executive director May Boeve said in a statement. “Just this week, the state’s own climate assessment revealed that climate change will be deadlier, more destructive, and costlier than previously thought. SB 100 is a critical first step toward addressing the worsening climate crisis, but to truly change course, we must end fossil fuel extraction.”