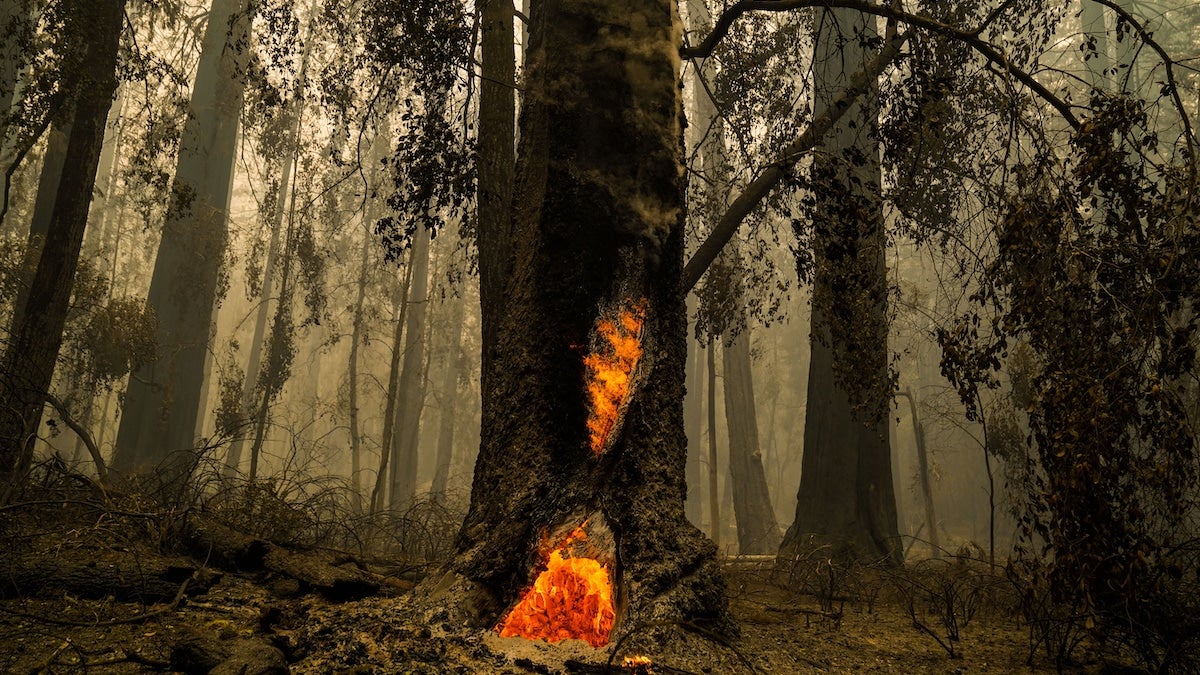 The massive redwood trees that dot the landscape of Northern California have survived through countless earthquakes and natural disasters. Some of them are over 1,800 years old, hundreds of feet tall, and more than 90 feet in circumference. Yet, the climate crisis may threaten their livelihood as the latest California wildfires have encroached upon the ancient trees, as NPR reported.

As of Sunday night, Cal Fire officials said, the CZU fire had burned 74,000 acres and was 8 percent contained. It threatened more than 24,000 structures and had destroyed 163 buildings, according to The Mercury News in San Jose.

Biologists are keeping a close eye on the state’s old-growth trees and are feeling some relief that many trees have been spared and the fires have moved around their clusters. They also note that the redwoods’ hardiness will help them endure the fires. The trees are protected by remarkably thick bark that can withstand fires and preserve enough strength and vitality to allow the trees to sprout again after suffering from fire damage, according to NPR.

In fact, some of the oldest trees have bark that is an entire foot thick. Furthermore, the trees rarely have branches near the forest floor, which helps to lessen the spread of wildfires.

Kristen Shive, a scientist for Save the Redwoods League, told The New York Times that she is cautiously optimistic about the fate of the beloved conifers, though she stressed that she was merely speculating since she is not allowed to check the status of the trees.

“Because of their resilience, I feel a lot more hopeful than super worried about the trees,” said Shive, as NPR reported. “The trees really are so incredibly tough when it comes to fire. Most of them will persist and survive.”

“If a fire is hot enough to consume the entire crown of a tree, in a pine tree, that tree is most likely dead,” Shive added. “But in redwoods, they have these buds that lie dormant under their bark and they can sprout after the fire.”

Yet, while the trees are able to bounce back from fire, the compounding hits that the climate crisis delivers threatens the long-term prospects of the ecosystem that has allowed the trees to thrive. The increased frequency and duration of both heat stress and drought could undermine the trees’ efforts to bounce back.

Dr. Shive also told The New York Times that while trees may remain intact and have the capability to rejuvenate, their tops will be badly damaged and will take years to return to normal.

Shive told NPR that the threat from the climate crisis means that efforts to save the redwoods need to be ramped up and controlled burns need to be in place for the forests to survive the mounting dangers.

“We still need to be setting these forests up to be as fire-resilient as possible, since, as we’ve seen in this last week, this warmer and drier future is already upon us and it’s going to get worse,” she said to NPR.