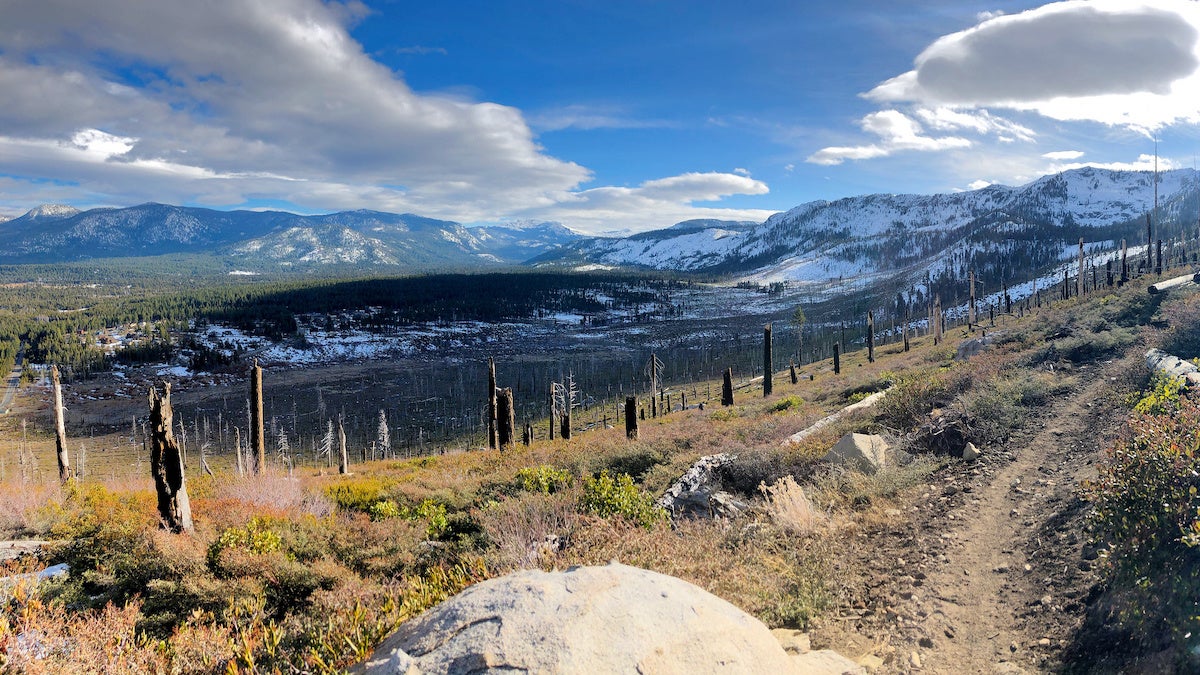 An alarming sign of an impending drought is the decreased snowpack in the Sierra Nevada Mountain range, as seen here in Christmas Valley, South Lake Tahoe, California on Feb. 15, 2020. jcookfisher / CC BY 2.0

California is headed toward drought conditions as February, typically the state’s wettest month, passes without a drop of rain. The lack of rainfall could lead to early fire conditions. With no rain predicted for the next week, it looks as if this month will be only the second time in 170 years that San Francisco has not had a drop of rain in February, according to The Weather Channel.

The last time San Francisco did not record a drop of rain in February was in 1864 as the Civil War raged.

“This hasn’t happened in 150 years or more,” said Daniel Swain, a climate scientist at UCLA’s Institute of the Environment and Sustainability to The Guardian. “There have even been a couple [of] wildfires – which is definitely not something you typically hear about in the middle of winter.”

While the Pacific Northwest has flooded from heavy rains, the southern part of the West Coast has seen one storm after another pass by. Last week, the U.S. Drought Monitor said more Californians are in drought conditions than at any time during 2019, as The Weather Channel reported.

On Thursday, the U.S. Drought Monitor said nearly 60 percent of the state was abnormally dry, up from 46 percent just last week, according to The Mercury News in San Jose.

The dry winter has included areas that have seen devastating fires recently, including Sonoma, Napa, Lake and Mendocino counties. If the dry conditions continue, those areas will once again have dangerously high fire conditions, according to The Mercury News.

“Given what we’ve seen so far this year and the forecast for the next few weeks, I do think it’s pretty likely we’ll end up in some degree of drought by this summer,” said Swain, as The Mercury News reported.

Another alarming sign of an impending drought is the decreased snowpack in the Sierra Nevada Mountain range. The National Weather Service posted to Twitter a side-by-side comparison of snowpack from February 2019 and from this year, illustrating the puny snowpack this year. The snow accumulated in the Sierra Nevadas provides water to roughly 30 percent of the state, according to NBC Los Angeles.

“Those numbers are going to continue to go down,” said Swain. “I would guess that the 1 March number is going to be less than 50 percent.”

The National Oceanic and Atmospheric Administration (NOAA) Climate Prediction Center forecast that the drier-than-average conditions may last through April.

NOAA said Northern California will continue deeper into drought through the end of April, citing that the “persistent high pressure over the North Pacific Ocean is expected to continue, diverting storm systems to the north and south and away from California and parts of the Southwest,” as The Weather Channel reported.

As the climate crisis escalates and the world continues to heat up, California should expect to see water drawn out of its ecosystem, making the state warmer and drier. Increased heat will lead to further loss of snow, both as less falls and as more of it melts quickly, according to The Guardian.

“We aren’t going to necessarily see less rain, it’s just that that rain goes less far. That’s a future where the flood risk extends, with bigger wetter storms in a warming world,” said Swain, as The Guardian reported.

The Guardian noted that while California’s reservoirs are currently near capacity, the more immediate impact of the warm, dry winter will be how it raises the fire danger as trees and grasslands dry out.

“The plants and the forests don’t benefit from the water storage reservoirs,” said Swain, as The Mercury News reported. “If conditions remain very dry heading into summer, the landscape and vegetation is definitely going to feel it this year. From a wildfire perspective, the dry years do tend to be the bad fire years, especially in Northern California.”