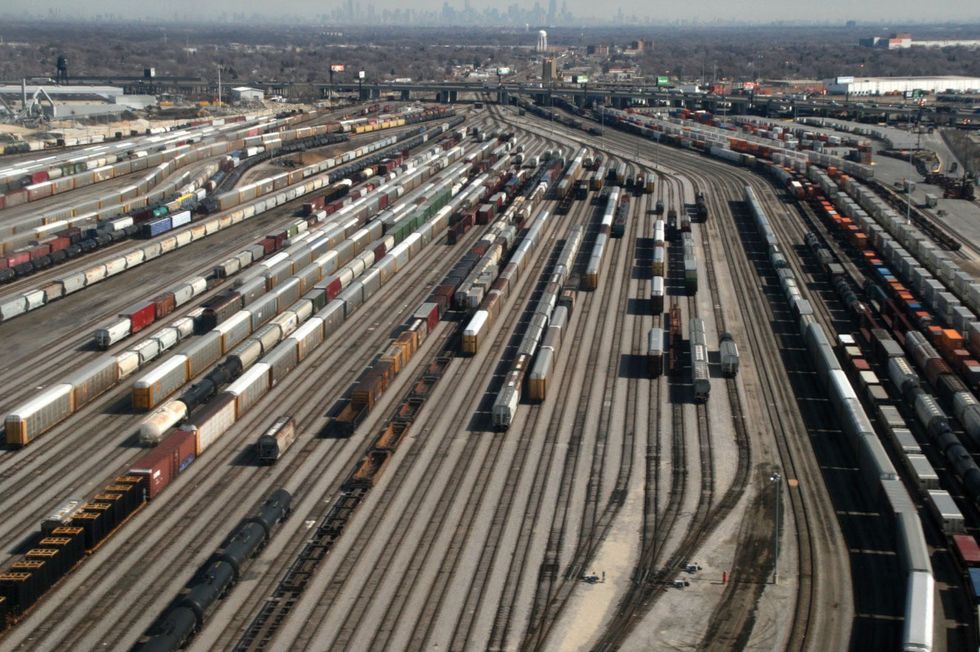 “The rail industry is subject to the same laws as other major polluters,” said David Pettit, NRDC senior attorney. “These companies must be held accountable for the health problems their operations cause people and the lives put at stake. People living near rail yards in San Bernardino should have the same quality of air as people living in Beverly Hills.”

Two of the most polluting rail yards in the state are in Southern California, at the Intermodal Container Transfer Facility and San Bernardino facilities, with millions of people living within eight miles of both facilities.

“For too long our communities have borne the brunt of deadly diesel pollution from nearby rail yards,” said Angelo Logan, executive director for EYCEJ. “It is time the railroad companies right the wrongs that they have imposed on California residents. It is time that Union Pacific and BNSF become good neighbors.”

“When we reach a point where we have children as young as three years old, reliant on their air machines just to breathe, we have reached a public health crisis that demands drastic measures,” said Penny Newman, executive director for CCAEJ. “No company should be allowed to operate with total disregard for the harm they are causing.”

Millions of Californians inhale toxic diesel particulate pollution generated annually by rail yards. California’s Air Resources Board has struggled for years over how to regulate diesel pollution from railroads, and despite recent efforts by federal EPA, communities in close proximity to rail yards remain vulnerable to the serious health risks posed by these facilities. The health dangers of diesel particulate emissions are well-known. Increased incidence of cancer, asthma and respiratory and cardiac conditions are attributed to inhaling diesel particulate matter.

On June 21, 2011, NRDC sent letters of intent to sue to UP, Burlington Northern Santa Fe, LLC, and BNSF, the only two major railroads that haul freight in California. The letters contend that the rail yard operators are in violation of the federal Resource Conservation and Recovery Act due to the high levels of hazardous particulate matter released by their diesel-based operations. In the letter, NRDC challenged UP and BNSF to reduce these harmful pollutants within 90 days or risk litigation. No progress has been made or any good faith effort on behalf of UP or BNSF to address the pollutants.

Solutions to reduce diesel pollution include the use of locomotives, trucks, and equipment that meet the most stringent U.S. Environmental Protection Agency emissions standards as well as the use of electric vehicles. Adopting idling control devices and prohibiting idling near residences will also reduce pollution exposure caused by locomotives. Fleet modernization programs can be adopted to progressively retire older, more polluting vehicles and locomotives, and put newer, cleaner models into service.