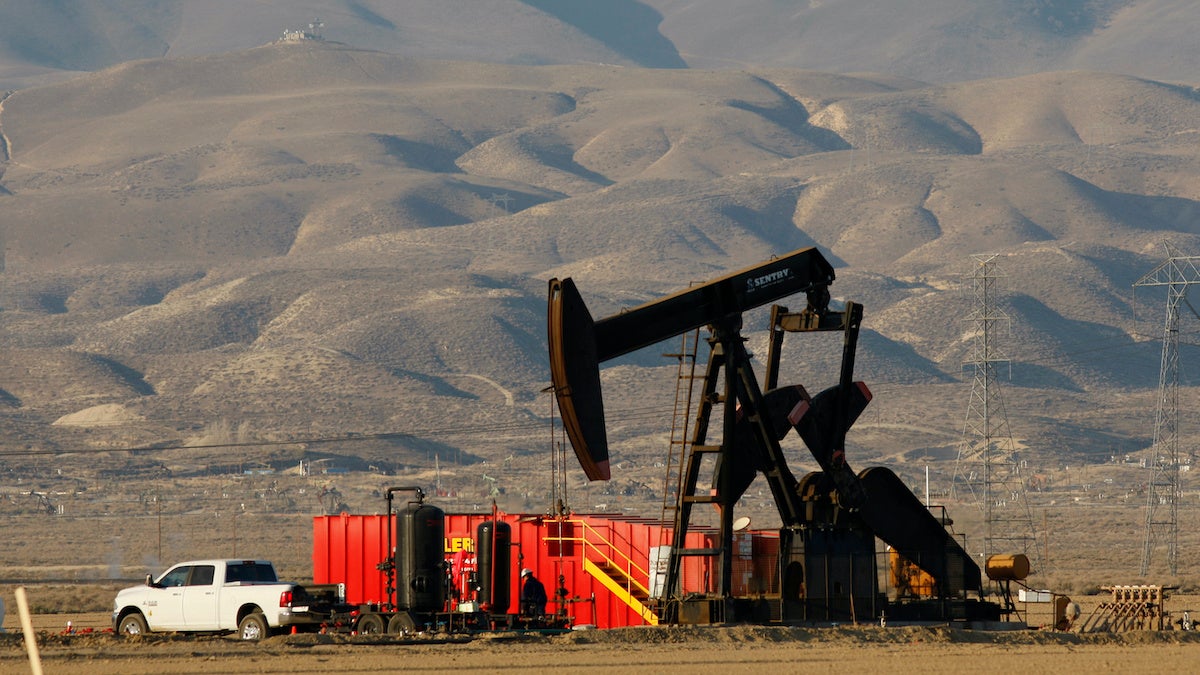 A pump jack and frac tanks stand in a field being developed for drilling next to a farm over the Monterey Shale formation on March 24, 2014 near Lost Hills, California. David McNew / Getty Images

Environmental groups are suing to stop the Trump administration from fracking in California.

The suit, filed in Los Angeles Tuesday, comes in response to the Bureau of Land Management’s (BLM) decision to open more than a million acres of public lands to oil and gas leasing, the San Francisco Chronicle reported. The decision was finalized in December and covers eight Central California counties as well as land bordering national parks.

“Trump’s illegal, deeply unjust fracking plan would be a disaster for Central Valley communities, as well as our climate, wildlife and water,” Clare Lakewood, a senior attorney at the Center for Biological Diversity (CBD) said in a press release received by EcoWatch. “We need to phase out fracking and oil drilling, not throw open our public lands to polluters. The future of our beautiful state and our children depends on it.”

CBD is joined in the suit by the Natural Resources Defense Council, the Central California Environmental Justice Network, Los Padres ForestWatch, the National Parks Conservation Association, the Sierra Club, Patagonia Works and the Wilderness Society. Earthjustice is representing them. The groups contend that the plan is illegal because the BLM failed to consider the harm fracking in the region could do to public health, recreation, groundwater, air and the climate. They also warn of the potential for earthquakes caused by the extraction technique.

BLM spokeswoman Serena Baker told the San Francisco Chronicle that the agency’s plan simply opened the lands to a variety of uses. Any specific plans to drill for oil or frack would have to be approved or denied based on their economic viability and environmental impact.

The plan would allow fracking in Fresno, Kern, Kings, Madera, San Luis Obispo, Santa Barbara, Tulare and Ventura counties, as well as on parcels of land near the Carrizo Plain National Monument, Sequoia and Kings Canyon national parks and within 10 miles of Yosemite National Park.

Conservation groups are worried about how this could impact the region’s already troubled air quality, USA Today pointed out. Three cities in the area, Fresno, Bakersfield and Visalia, were listed among the American Lung Association’s latest tally of the five cities with the worst year-round particulate matter air pollution. The pollution could also impact national park visitors. Sequoia National Park already had 296 more unhealthy air days over a nine-year period than Los Angeles.

“Throughout this planning process, the Trump administration has ignored our warnings about the long-term impacts to nearby communities and national parks, in favor of short-term gains for oil and gas developers,” Mark Rose, Sierra Nevada program manager for the National Parks Conservation Association, said in the press release. “This plan could allow drilling near several of our most cherished public lands, like Sequoia and Kings Canyon National Parks and Cesar E. Chavez National Monument, which already suffer from some of the worst air quality of any park units in the country.”

The administration’s plans also run counter to California’s own desires for its state’s energy policy. In November 2019, Gov. Gavin Newsom announced a moratorium on fracking permits until they were reviewed by independent scientists. He also banned a new well-drilling technique linked to a leak that spilled 1.3 million gallons of oil and water in the Central Valley in the summer of 2019.

“BLM’s ill-considered plan to fling wide the door to fracking on public lands is yet another assault on California’s efforts to protect its environment and move away from dirty fossil fuels,” Ann Alexander, a senior attorney with the Natural Resources Defense Council, said in the press release. “Gov. Newsom just announced curbs on oil drilling, but BLM is charging full speed ahead with it. California is trying to find a way to rationally address its limited water supply, and now BLM is greenlighting activities that can contaminate it with toxic chemicals. This federal war on California really needs to stop.”

The federal government hasn’t sold any oil and gas leases in the state since 2012, when a federal judge ruled that a plan to issue oil leases in Monterey County had not considered the environmental impacts of fracking. But the Trump administration is trying to change that, both with its Central California plan and with a separate push to open 725,500 acres along the Central Coast and in the Bay Area to fracking. The second plan is being challenged by a lawsuit filed in October.