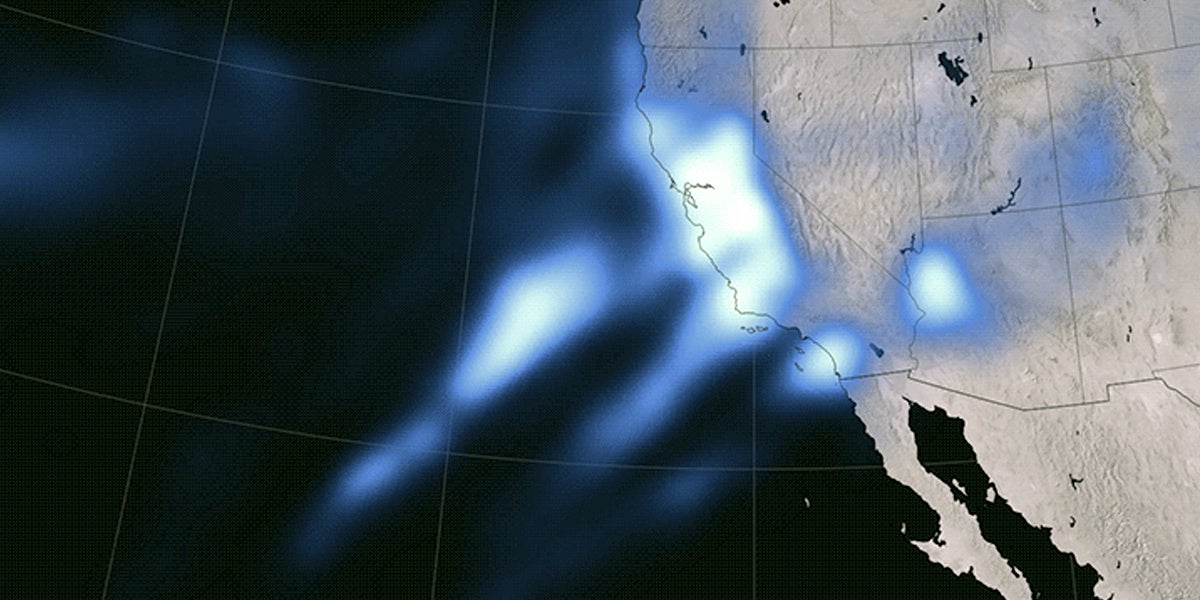 Extreme weather, from drought to heavy downpour, lambasted much of California over the last couple of weeks.

An atmospheric river brimming with moisture, known as the “Pineapple Express,” brought tropical Hawaiian water to California with some of the worst flooding since 2005. The river can carry up to 15 times the equivalent volume of the Mississippi River. According to NASA, “Between 30 and 50 percent of the annual precipitation in the western U.S. comes from just a few atmospheric river events.”

Fifteen feet of snow fell on Mammoth Mountain in the eastern Sierras from Jan. 6 to 11. Kirkwood Ski Resort added 11 feet of snow in five days. Since Oct. 1, precipitation in the Sierra Nevada has been on pace with 1982-83, northern and central Sierra, and 1968-69, southern Sierra, as the wettest winters on record in modern times.

With the extreme rainfall came deadly mudslides, torrential flooding and hurricane-force winds. Thousands of people were forced to evacuate their homes. At least four fatalities are linked to rain, snow, mudslides and flooding.

Squaw Valley Ski Resort in Olympic Valley recorded a record-breaking 173-mph wind gust at its 8,700-foot peak. That’s equivalent to a Category 5 hurricane, which rips buildings off their foundations.

The National Weather Service reported a tornado that tore through the community of South Natomas in the state’s capitol Sacramento. It left a half-mile swath of destruction, shredding trees, and leveling metal awnings and a fence.

Though rainfall from December to late February is the normal pattern, San Francisco received more rain in the first eight days of January than it did during all of 2013.

More than 40 percent of the state is no longer in drought, according to the U.S. Drought Monitor. Most of that area accounts for Northern California and the Sierra Nevada.

Despite the staggering amounts of precipitation from the Pineapple Express, parts of Southern California received no measurable rainfall. As a result, those drought stricken areas doubled from 18 percent to almost 35 percent.

“The drought has not let up on the Central Coast,” said David Matson, assistant general manager of the Goleta Water District.

Los Angeles and Orange Counties along with parts of central California are officially still experiencing “extreme drought.” While Ventura and Santa Barbara Counties remain in “exceptional drought.” Santa Barbara’s Lake Cachuma added a meager 3 percent to its water levels, which is only 11 percent full.

With more precipitation forecasted for next week, water-starved Southern California could get a reprieve.

102 million trees have died in California's drought, according to new report: https://t.co/bpq3Y0iNFQ via @EcoWatch