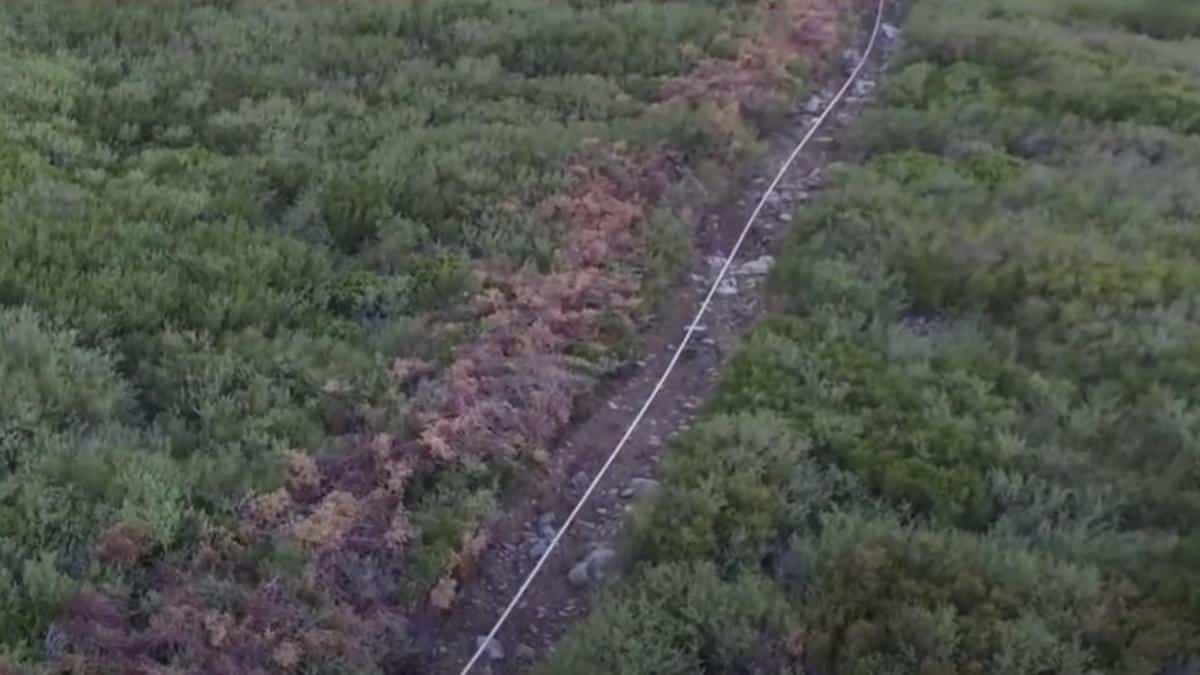 Nestlé has been removing water from the San Bernardino National Forest in California. The Story of Stuff Project / YouTube

California water officials have accused Nestlé of draining more water out of southern California’s Strawberry Creek in the San Bernardino National Forest than permitted. The drafted cease-and-desist order, which was sent to the company on Friday, asked Nestlé to stop draining millions of gallons of water out of the forest every year and comes at the same time California’s Governor Gavin Newsom declared a drought emergency in two counties.

Nestlé, which sells its bottled water under the Arrowhead brand, maintains rights to California spring water that date back to 1865, The Guardian reported. But state officials say the company, which is based in Switzerland, has been taking more than its share, citing a 2017 investigation which found that Nestlé was illegally drawing from Strawberry Creek, a tributary of the Santa Ana river, which supplies over 750,000 residents with clean drinking water.

“We have a limited amount of water,” said Julé Rizzardo, the assistant deputy director of the Division of Water Rights, according to The Guardian. “And as we face our second dry year in a row, it’s important that we use our authority to protect the municipal water supply and the environment.”

Currently, the U.S. Forest Service issues a ,100 permit to Nestlé per year to operate in the San Bernardino National Forest, but it does not charge for water, The San Joaquin Sun reported. Last year, Nestlé took 58 million gallons of California water — “far surpassing the 2.3m gallons per year it could validly claim,” The Guardian reported. So the company could be draining 25 times more water than it has the right to, The Story of Stuff Project, an environmental organization, pointed out.

“Paying next to nothing in royalties, Nestlé makes billions of dollars a year selling our water. In communities across North America, the pattern repeats itself: Nestlé enters a local town making promises of local job opportunities and the highest sustainability and environmental standards to its water bottling operations,” The Story of Stuff Project wrote in a statement, regarding its campaign aimed at taking back public control of water.

The draft cease-and-desist order, which still requires approval from the California Water Resources Control Board, is a product of years of organizing by grassroots campaigns.

“These are people who just want to make money, but they’ve already dried up the upper Strawberry Creek and they’ve done a lot of damage,” said Amanda Frye, an activist who has been protesting Nestlé’s pumping from Strawberry Creek for years, according to The Guardian. “They’re a foreign corporation taking our natural resources, which makes it even worse.”

Environmental groups say that as droughts and wildfires in California worsen, Nestlé’s water usage will impact both local communities and ecosystems. “In the context of a global pandemic and increasing droughts and wildfires across North America, it’s clearer than ever that water should be owned by and for the people,” The Story of Stuff Project wrote. “All too often over recent years, we’ve seen water being privatized and sold in plastic packaging that’s accelerating a waste crisis instead.”

Nestlé Waters North America, which has recently rebranded to BlueTriton Brands, has 20 days to appeal the draft order and request a hearing, according to The Guardian. But if California’s water board approves the cease-and-desist order, the company could be fined up to ,000 a day, dating back to 2017, which would retroactively accumulate to over million, The San Joaquin Sun reported.

“The state will use its enforcement authority to protect water and other natural resources as we step up our efforts to further build California’s drought resilience,” added Rizzardo.